Cryptocurrency in India - Your NFTs and Cryptocurrencies Just Got More Expensive!
Содержание
Tax on Cryptocurrencies and NFTs
Indian Crypto Enthusiasts Aren’t Happy
What Does This Mean for the Crypto World?
Institutional Money in Crypto
Crypto Basics

India will tax cryptocurrencies and NFTs, but at what cost? Will this kill the crypto fever in one of the world’s largest crypto economies? 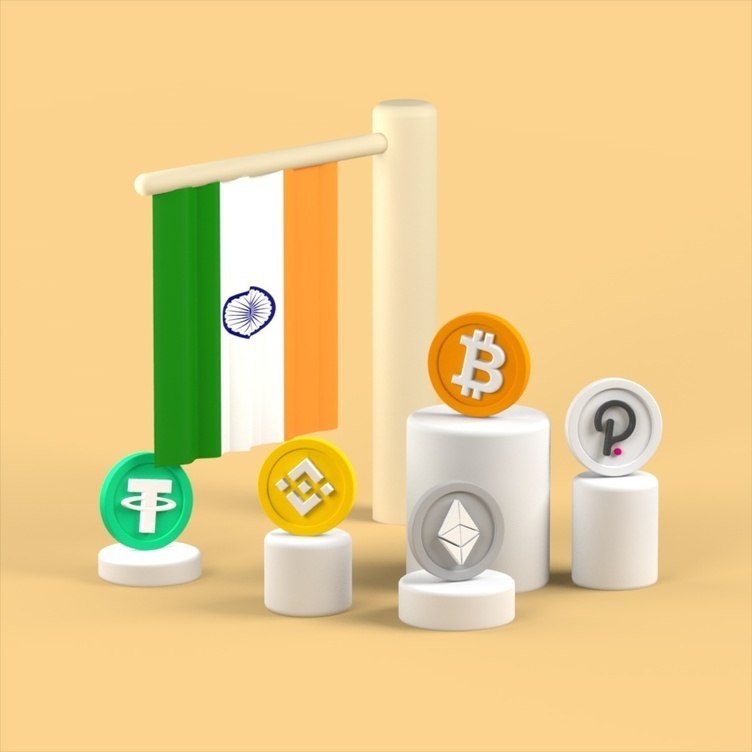 In an announcement that surprised the crypto world, (especially the crypto bros in India), the South-Asian nation, India, publicly stated its plans to introduce its digital currency next year and tax cryptocurrencies and NFTs.

Tax on Cryptocurrencies and NFTs

The income generated from the transfer of any virtual assets will be taxed at 30%, according to Nirmala Sitharaman, the country's finance minister. She also advocated a 1% tax deduction at source on payments made on the purchase of virtual assets to record data of all such crypto transactions.
During the budget announcement on Tuesday last week, Narendra Modi's government announced that in the fiscal year 2022-2023, it will launch an official digital currency and begin taxing earnings earned on cryptocurrencies.
New Delhi has reversed gears from outlawing virtual currencies to jumping on the bandwagon after throwing crypto investors into a tailspin by recommending a ban in November 2021.
Despite insisting that cryptos are not "currencies," Finance Minister Nirmala Sitharaman announced that a CBDC (central bank digital currency) will be launched by India's central bank next year.
"Digital rupee to be issued using Blockchain and other technologies by the RBI starting 2022-23. This will give a big boost to the economy," said Sitharaman in her Union Budget 2022-23 speech in Parliament.

The tax of 30% on cryptocurrencies wasn’t welcomed by Indian citizens as the #reducecryptotax hashtag began trending in India.

While many people believe that this 30% tax will reduce the public interest in the crypto world, Priyanka Sharma from WazirX had an interesting take on this matter. In an interview with CoinMarketCap, Priyanka said:

‘’It's also interesting to note how our government is beginning to recognize crypto as an emerging asset class given how our FM was referring to it as a virtual digital asset. Clarity on taxation is a big development because it gives legitimacy and recognition to the crypto ecosystem of India.’’

She further added: (Legalization of crypto) should also encourage official services like banks to engage and cooperate with exchanges. On the day of (the) budget announcement, we (at WazirX) witnessed a 52% increase in our signups compared to the previous day.

It will motivate (the) majority of people, especially corporates, who have been sitting on the sidelines because of uncertainties will now be able to participate in crypto.’’

What Does This Mean for the Crypto World?

India stands at second place when it comes to global crypto adoption. With crypto being taxed in India and recognized as a form of asset, the country can easily overtake Vietnam due to its huge population and the fact that the South Asian nation has always been a hub of IT exports in the world.

While numerous publicly traded corporations in the United States have incorporated Bitcoin into their balance sheets, the Indian corporate sector has remained largely uninterested, possibly due to regulatory concerns but that is going to change now at a very rapid pace.

While institutional investors abhor regulatory ambiguity and uncertainty, the recently announced tax rules have helped to clear the air.
This article contains links to third-party websites or other content for information purposes only (“Third-Party Sites”). The Third-Party Sites are not under the control of CoinMarketCap, and CoinMarketCap is not responsible for the content of any Third-Party Site, including without limitation any link contained in a Third-Party Site, or any changes or updates to a Third-Party Site. CoinMarketCap is providing these links to you only as a convenience, and the inclusion of any link does not imply endorsement, approval or recommendation by CoinMarketCap of the site or any association with its operators. This article is intended to be used and must be used for informational purposes only. It is important to do your own research and analysis before making any material decisions related to any of the products or services described. This article is not intended as, and shall not be construed as, financial advice. The views and opinions expressed in this article are the author’s [company’s] own and do not necessarily reflect those of CoinMarketCap.
8 people liked this article