Gamers will be able to create their very own ramps — and place them in the metaverse to generate bespoke skating challenges. 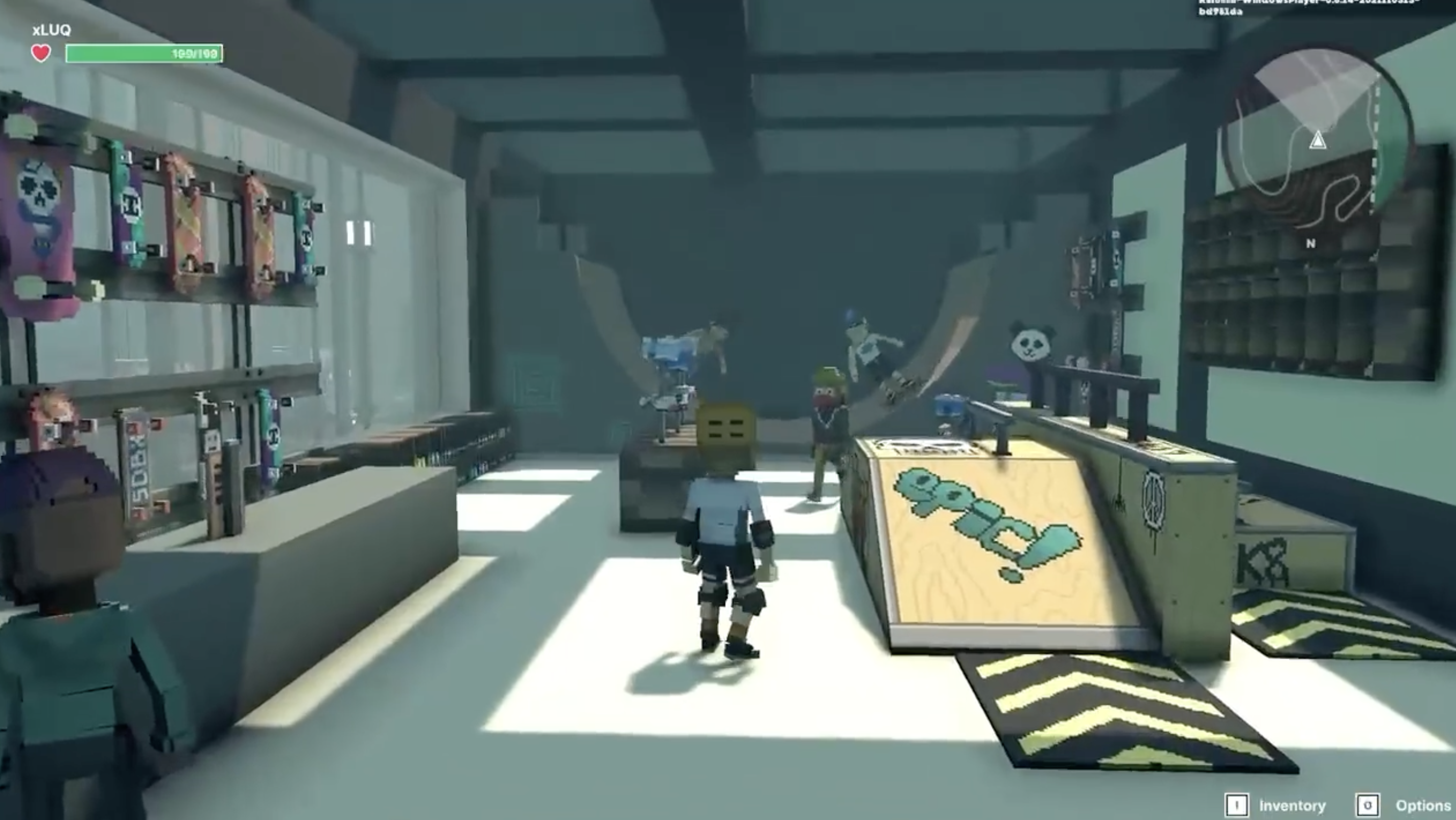 "The world's biggest skate park" is being built in the metaverse.

Legendary skateboarder Tony Hawk has teamed up with The Sandbox for the project, which will span 36 plots of virtual land.

Gamers will be able to create their very own ramps — and place them in the metaverse to generate bespoke skating challenges.

It'll also be possible to snap up new gear so your avatar looks good.

"I've been a fan of new technology all of my life — from the first video games to home computers with CGI capabilities — so I’m fascinated by the metaverse."

Indeed, he has a strong track record when it comes to video games, with the Tony Hawk Pro Skater franchise generating more than $1.4 billion in revenue over the past 23 years.

"There's no better way to bring skateboarding culture to The Sandbox than by following the example of the greatest skateboarder of all time, whose legacy stretches from the sport and lifestyle's early days to the present and beyond."

Yesterday, we brought you the news that Animoca Brands, the company behind The Sandbox, had raised $75 million in a new funding round — attracting a valuation of $5.9 billion.

The firm revealed it planned to spend the cash on new partnerships and acquiring the rights to intellectual property, and this major deal with Hawk could be a sign of things to come.

Crypto News
This NFT of a World-Famous Footballer Just Sold for $66,850
The rare card featuring Paris Saint-Germain forward Kylian Mbappé was sold for this staggering sum.
Por Decentralized Dog
1 year ago
5m
Crypto News
Bitcoin in Crisis as Tesla Suspends Payments over Climate Fears. Why Now?
At one point, Bitcoin plunged to depths of $46,980.02 — the lowest price seen in 30 days.
Por Connor Sephton
1 year ago
2m
Crypto News
Facebook Might Get Sued Over Libra’s New Name… and Germany Hates It
It turns out that there's another fintech company called Diem... and it's not happy about Facebook's rebrand.
Por Decentralized Dog
1 year ago
5m
See all articles