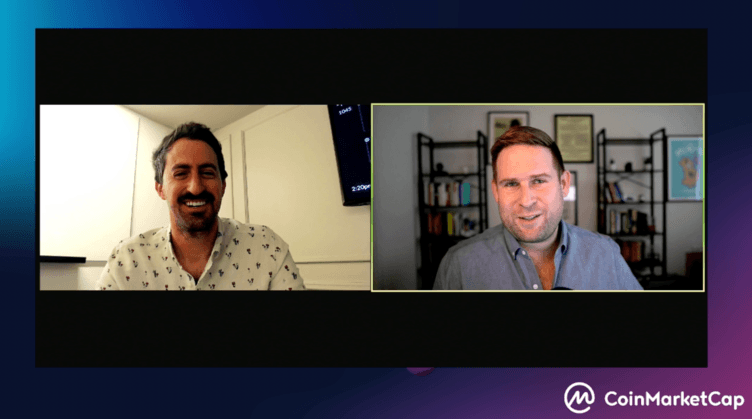 Kraken's Dan Held has revealed why he only recommends Bitcoin to his Twitter followers.

Speaking during CoinMarketCap's The Capital conference in the metaverse, he described himself as a "Bitcoin mostimalist" — meaning he doesn't necessarily dismiss new cryptoassets straight away.

However, during a panel with Decrypt's Dan Roberts, he added:

"You can easily pick another coin that might go up higher than Bitcoin. But as we're seeing in a bear market, they dip harder than Bitcoin. And so what lasts throughout the cycles? Bitcoin is the one permanent thing that's been around for the longest time. And there's good reason. Bitcoin solves a big problem of reinventing money and it's the most sound money that we have."

Held is right here — and for evidence of this, just take a look at CoinMarketCap's homepage right now.

But compare that with Ether, the world's second-largest cryptocurrency. It's down 13% over the course of the past week — slumping to $1,766 — and is now worth 65% less than it was when a new all-time high was set in November.

As the altcoin bloodbath continues, some smaller tokens are even nursing double-digit losses on a 24-hour timeframe.

Altcoins
CoinMarketCap News, Nov 29: It Isn't Just Crypto Firms Suffering in This Bear Market
As top coins tank, crypto bros are going underground — a far cry from the heady days of last year, when the champagne was flowing.
Por Connor Sephton
3 hours ago
3m
Altcoins
Podcast: Bankrupt BlockFi Owes Billions — as Elon Musk Picks a Fight with Apple
Plus, Kraken gets a slap on the wrist after violating U.S. sanctions — and why the bear market has hit Miami's nightclubs hard.
Por Connor Sephton
3 hours ago
1m
Altcoins
Revealed: How Much BlockFi Owes to Its Biggest Creditors
In other developments, the Financial Times is reporting that BlockFi is suing Sam Bankman-Fried in an attempt to seize shares in Robinhood.
Por Connor Sephton
4 hours ago
1m
See all articles