Those using digital assets for payments are more likely to lack a bank account or credit card — indicating crypto has been embraced by an audience traditional institutions struggle to reach. 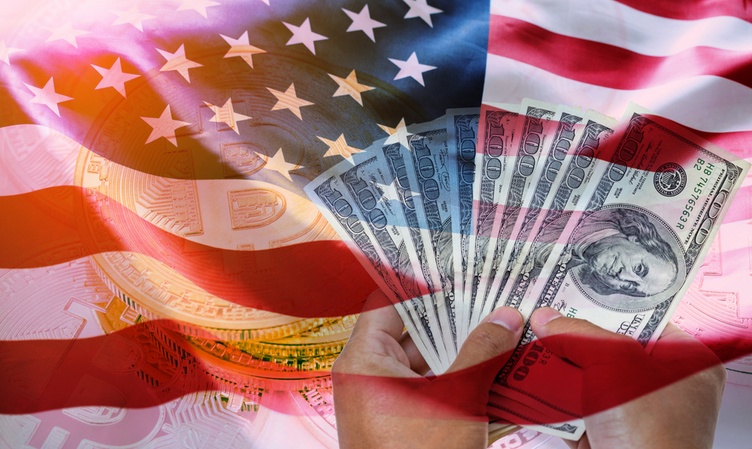 Federal Reserve officials are often critical of cryptocurrencies — but a new report admits they're increasingly popular among unbanked Americans.

The central bank has released a new report outlining the economic wellbeing of U.S. households in 2021 — and while rampant inflation means a lot has changed so far this year, it does deliver some interesting insights on digital assets.

Crypto continues to be primarily used as an investment — no surprise there — but those who use digital assets to complete transactions are far more likely to lack old-fashioned bank accounts and credit cards.

This ultimately suggests that digital assets are reaching an audience that traditional financial institutions are failing to help, and it could end up being a sobering lesson for the Fed to take on board.

Overall, the Fed's figures reveal that 12% of American adults held or used crypto. But when researchers drilled down into the main reasons for ownership, some startling disparities emerged.

Those acquiring digital assets as an investment — 11% of adults overall — "were disproportionately high income, almost always had a traditional banking relationship, and typically held other retirement savings."

But look at the financial profiles of Americans who use crypto for transactions — making everyday purchases. As the report notes:

The Fed attributes some of this trend to the fact that a broader number of alternative financial services are now available for American consumers.

As we alluded to earlier, in some ways, this report is now desperately out of date as the cost-of-living crisis begins to bite.

Last year, 78% of adults were "either doing okay or living comfortably financially" — and the Fed said this was the highest share of financial wellbeing since the survey commenced back in 2013.

The U.S. Consumer Price Index surged by 8.3% year on year in April, dramatically increasing the cost of everyday goods and services, meaning a larger number of shoppers will now be feeling the pinch.

And it's also worth noting that the 2021 survey took place from Oct. 29 to Nov. 21 — more of less coinciding with many cryptocurrencies hitting new all-time highs, including Bitcoin. Sentiment surrounding digital assets, not to mention overall levels of ownership, may have dwindled since then.

While the report rightly notes that cryptocurrencies aren't commonly used as a payment method at present, there are entrepreneurs vying to change this.

Strike's CEO Jack Mallers has announced that he plans to try and disintermediate credit card processing companies — and claimed at the Bitcoin 2022 conference in Miami that many have failed to update their infrastructure for several decades.

Mallers claims that he is planning to ensure Bitcoin can be used as a payment method at tens of thousands of tills across the U.S.

Likewise, Visa, Mastercard and PayPal are all well-established payments brands who have been exploring digital assets in recent years.

Crypto News
Venmo to Start Offering Cryptocurrencies to Customers — But There's a Catch
The social payments app will support Bitcoin, Ether, Litecoin, and Bitcoin Cash — but customers will not be able to use it for payments.
Por Leo Jakobson
1 year ago
2m
Crypto News
'A Massive Surveillance Regime': Europe to Clamp Down on Anonymous Crypto Transactions
Politicians in Brussels have voted overwhelmingly in favor of a crackdown on unhosted wallets — and critics claim this will be a "massive government intrusion into citizens' private lives."
Por Connor Sephton
5 months ago
2m
Crypto News
Are Rampaging Bull and Bear Markets History?
Pantera Capital CEO Dan Morehead told investors halvings are growing less important and a more mainstream Bitcoin market will moderate price swings.
Por Leo Jakobson
11 months ago
3m
See all articles