Exclusive: Popular Crypto YouTuber Confirms He Kidnapped and Robbed Woman at Gunpoint in 2011

Myles G Investments tells CoinMarketCap he "made a mistake that hurt many people" — and says his controversial project is rebranding after being threatened with legal action by Dogecoin. 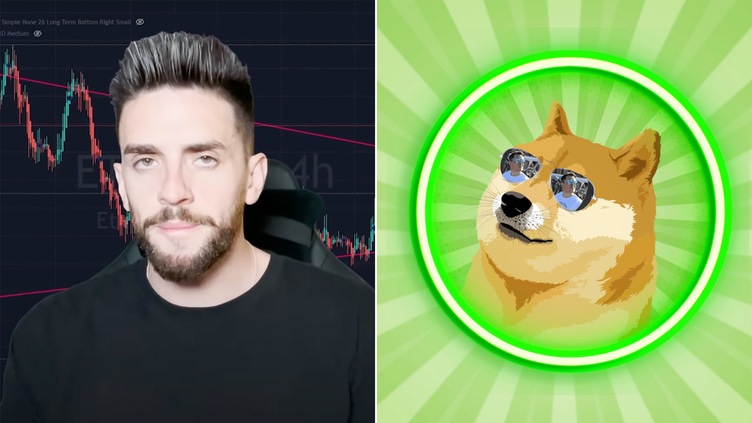 The lead organizer of a controversial crypto project has confirmed to CoinMarketCap that he was charged with kidnapping and robbing a woman at gunpoint back in 2011.

Accept Dogecoin had been threatened with legal action amid allegations it used Dogecoin's trademarks — and the fallout also led Twitter users to claim that lead organizer and crypto YouTuber "Myles G Investments" had a criminal past.

Police said Watkins had masqueraded as the employee of a modeling agency in Miami to win the victim's trust — and that he held a gun to her head while demanding she hand over a $15,000 Rolex watch. It was later found to be a pellet gun.

Speaking to CoinMarketCap via direct message on Twitter, Myles G Investments confirmed that the speculation about his criminal past was true — and he "made a mistake that hurt many people," adding:

"I was young, immature, on drugs, and had no direction in life. The pain I caused others with the mistake I made nearly 11 years ago immediately caused me to reflect over my life, past actions, and the path I was headed on."

Watkins, who has 146,000 YouTube subscribers, claimed that he was now "a successful business owner and a multimillionaire with a passion to help people discover financial freedom through investing and trading cryptocurrencies," adding:

"My past actions and life have become a powerful testimony for many to encourage others that all things are possible that you put your mind to, and that people can change."

In response to the threat of legal action from the Dogecoin Foundation, Watkins confirmed that Accept Dogecoin is now changing its name and logo, adding:

Matt Wallace, a prominent crypto YouTuber who had expressed an interest in being involved with Accept Dogecoin, refused to tell CoinMarketCap whether he was comfortable being personally involved in a project where the lead organizer had a historical conviction for a violent crime. However, he did say:

Crypto News
Judge Asked to Tighten SBF's Bail Conditions After He Messages Potential Trial Witnesses on Signal
Sam Bankman-Fried reached out to the current general counsel of FTX US with a proposal to "vet things with each other" — raising alarm bells with prosecutors.
Por Connor Sephton
17 hours ago
3m
Crypto News
Law Firm Overseeing FTX Bankruptcy Could Make Hundreds of Millions of Dollars
Sullivan & Cromwell has more than 150 people working on the case — and 30 of them charge over $2,000 per hour. Associates are paid a minimum of $810 per hour.
Por Connor Sephton
17 hours ago
1m
Crypto News
Man Jailed After Stealing $2.5M of IOTA from Over 100 Investors
Wybo Wiersma, a Dutchman living in the United Kingdom, had established a website called iotaseed.io, which apparently allowed people to generate a secure seed phrase.
Por Connor Sephton
17 hours ago
1m
See all articles