Elon Musk Buys Twitter: Six Key Questions on What Happens Next
Índice
1. DOGE as a Payment Method?
2. Bitcoin on the Balance Sheet?
3. What About Jack Dorsey?
4. 'Authenticating All Humans'
5. Who Will Be CEO?
6. Twitter on the Blockchain?
Crypto News

Will Twitter accept DOGE as a payment method? Will Elon Musk be CEO? And what does "authenticating all humans" mean for pseudonymous accounts on Crypto Twitter? 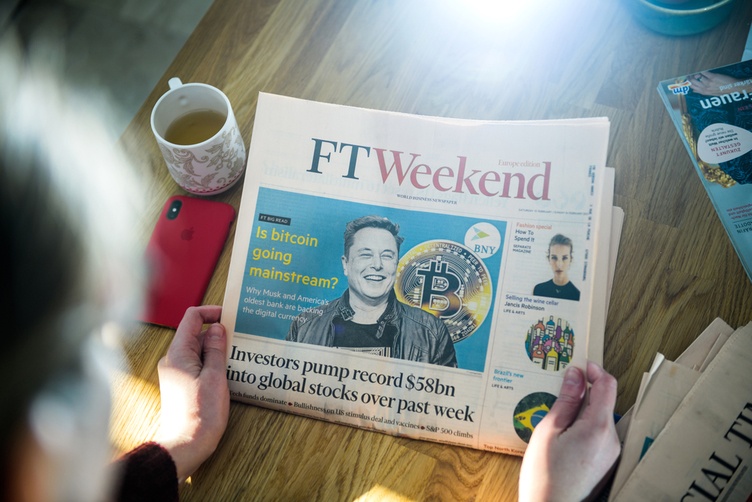 Elon Musk is buying Twitter — but there are a number of hoops to jump through before any transaction is finalized.

The deal will need to gain approval from Twitter's shareholders, and regulators might have something to say about the deal too.

1. DOGE as a Payment Method?

Elon Musk has already expressed an interest in allowing Dogecoin to be used as a payment method for the Twitter Blue service.

News of the deal has helped DOGE surge by 28% in 24 hours — amid excitement that the memecoin could have a compelling use case in a site that's used by hundreds of millions of people.

It'll be interesting to see whether Dogecoin is also added to Twitter's Tips feature, which already allows users to send Bitcoin and Ether to their favorite creators.

2. Bitcoin on the Balance Sheet?

Blockware's lead insights analyst Will Clemente had a good question for Musk — asking him on Twitter whether the billionaire will move to put Bitcoin on the social network's balance sheet.

There have long been rumors that the tech giant planned to hold BTC, but these have never come to fruition.

Musk caused a huge splash when he announced that Tesla had purchased $1.5 billion in Bitcoin — and would allow the company's electric vehicles to be bought using the cryptocurrency.

But he later caused controversy by selling 10% of this BTC stash to prove its liquidity… and suspending Bitcoin purchases of Tesla cars until miners could prove that at least 50% of the energy they use comes from sustainable sources.

All of this came amid claims that Tesla's investment in Bitcoin undermined its environmentally friendly image — but it's possible that this would be less of an image problem for the social network.

3. What About Jack Dorsey?

Of course, the deal means that existing Twitter stockholders will receive $54.20 in cash for every share they currently own.

And one of them is Jack Dorsey, the social network's former CEO, who has since diverted his attention to Bitcoin.

Given Dorsey has a 2.36% stake in Twitter, he can expect to receive a cool $1 billion once the transaction is finalized.

Will he opt to spend most of this newfound wealth on Bitcoin?

In a news release confirming the acquisition, Elon Musk said that his top priorities include "making the algorithms open source to increase trust, defeating the spam bots, and authenticating all humans."

The billionaire went on to add that Twitter has "tremendous potential" and that he looks forward to unlocking it.

It'll be hard to find anyone who's against the idea of eradicating spam bots — especially in the crypto space. High-profile accounts are often bombarded with automated messages every time they tweet, directing unsuspecting users to dodgy links. (That said, a purge of the bots could cause many to see their follower count fall substantially.)

But the burning question is what Musk means by "authenticating all humans" — and whether this will prove problematic for those who opt to be pseudonymous on Crypto Twitter.

When Jack Dorsey stepped down last year, Parag Agrawal was named as his successor.

It'll be interesting to see whether Agrawal remains in the driving seat once Elon Musk's acquisition is finalized — or whether the billionaire will seek to take over himself.

Doing so might be a bit of a stretch, not least because Musk is already CEO of Tesla and SpaceX. Also in the mix are his startups — The Boring Company and Neuralink.

FTX CEO Sam Bankman-Fried is among those who has expressed support for what Elon Musk's doing — and has even offered to help.

The billionaire told Bloomberg he would love to have a conversation about how blockchain technology can enhance Twitter.

SBF's proposals are far more radical than Musk's, not least because he envisages a world where all social networks are on a single distributed ledger.

It'll be interesting to see whether Musk brings anyone new into his top team… and takes those calls from crypto entrepreneurs.

Crypto News
Bill Gates Warns Elon Musk Could Make Twitter 'Worse' — as Binance Invests $500M in Takeover
Microsoft co-founder Bill Gates, who has been doing a slew of media interviews for a new book, has given his two cents on Elon Musk's takeover.
Por Connor Sephton
1 month ago
2m
Crypto News
Podcast: What Does Elon Musk's Deal Mean for Crypto?
Will crypto become a bigger part of Twitter, can Elon Musk defeat the spam bots… and is this whole deal even a good idea? Connor and Molly Jane discuss on the CoinMarketRecap podcast.
Por Connor Sephton
2 months ago
1m
Crypto News
Bitcoin Will Have a ‘Major Problem’ When Fed Stimulus Ends
Some analysts believe the Fed is prematurely warning that crisis measures will end to stop a bubble forming in Bitcoin.
Por Decentralized Dog
1 year ago
5m
See all articles