The Terra Foundation halted its blockchain, LUNA and UST tokens were delisted on major exchanges. Meanwhile, SBF bought 7.6% of Robinhood and a former crypto queen is wanted by Europol. 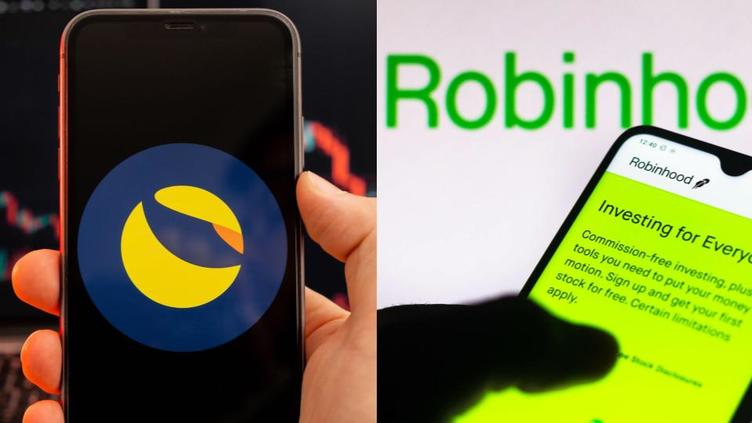 The Terra Foundation halted its blockchain to give the network time to work out a possible solution that can save the ecosystem’s existence. Meanwhile, Binance delisted its LUNA and UST tokens, although other exchanges continue to allow trading. When and if Terra will be brought back online remains unknown.

Bitcoin led a rally in crypto valuations and bounced back above $30,000. Ether followed its lead and is trading back above $2,000, while several altcoins booked serious gains of up to 30% in the last 24 hours. However, analysts think the relief rally may turn out to be only temporary.

According to a filing at the SEC, Sam Bankman-Fried acquired a stake in the trading platform Robinhood. The FTX CEO purchased 7.6% of the company’s stock but reportedly has no plans to get involved in the day-to-day operations of Robinhood. The purchase reversed the stock’s downtrend, which has been sliding since its IPO last July.

Elon Musk tweeted that his acquisition of Twitter is temporarily on hold, while he awaits data on the number of spambots on Twitter. The Tesla CEO vowed to combat spam on Twitter but has been facing headwinds and unexpected difficulties in his acquisition of the company. Twitter’s stock slumped in pre-hours trading following the news.

Ruja Ignatova, the former CEO of the infamous crypto scam OneCoin, is wanted by Europol. The prosecutors issued a warrant for Ignatova, who was last seen in October 2017. While her brother and accomplices await trials in the United States, Ignatova’s whereabouts remain unknown.
This article contains links to third-party websites or other content for information purposes only (“Third-Party Sites”). The Third-Party Sites are not under the control of CoinMarketCap, and CoinMarketCap is not responsible for the content of any Third-Party Site, including without limitation any link contained in a Third-Party Site, or any changes or updates to a Third-Party Site. CoinMarketCap is providing these links to you only as a convenience, and the inclusion of any link does not imply endorsement, approval or recommendation by CoinMarketCap of the site or any association with its operators. This article is intended to be used and must be used for informational purposes only. It is important to do your own research and analysis before making any material decisions related to any of the products or services described. This article is not intended as, and shall not be construed as, financial advice. The views and opinions expressed in this article are the author’s [company’s] own and do not necessarily reflect those of CoinMarketCap.
49 people liked this article

Crypto News
Nike Launches Its Own Metaverse "NIKELAND" on Roblox
Sportswear giant Nike Inc. set its foot into the metaverse by launching NIKELAND on the video game platform, Roblox.
Oleh Aden Batool
8 months ago
3m
Crypto News
Just 737 People Have Used Coinbase NFT Since It Launched
Coinbase NFT has had trading volumes of $315,874 since April 20 — while OpenSea's stands at $92 MILLION over the past 24 hours alone. That said, this new marketplace is still in beta mode.
Oleh Connor Sephton
3 months ago
2m
Crypto News
Weekly Wrap: What's Happening in the Metaverse This Week? [May 30, 2022]
CoinMarketCap and Nansen look at the latest happenings in the metaverse — from significant losses expected for Meta's metaverse efforts, to the debut of the Hang Seng Metaverse Index.
Oleh Andrey Sergeenkov
2 months ago
9m
See all articles