Also today, a group of human rights activists have defended Bitcoin and attacked crypto critics in a letter to Congress. 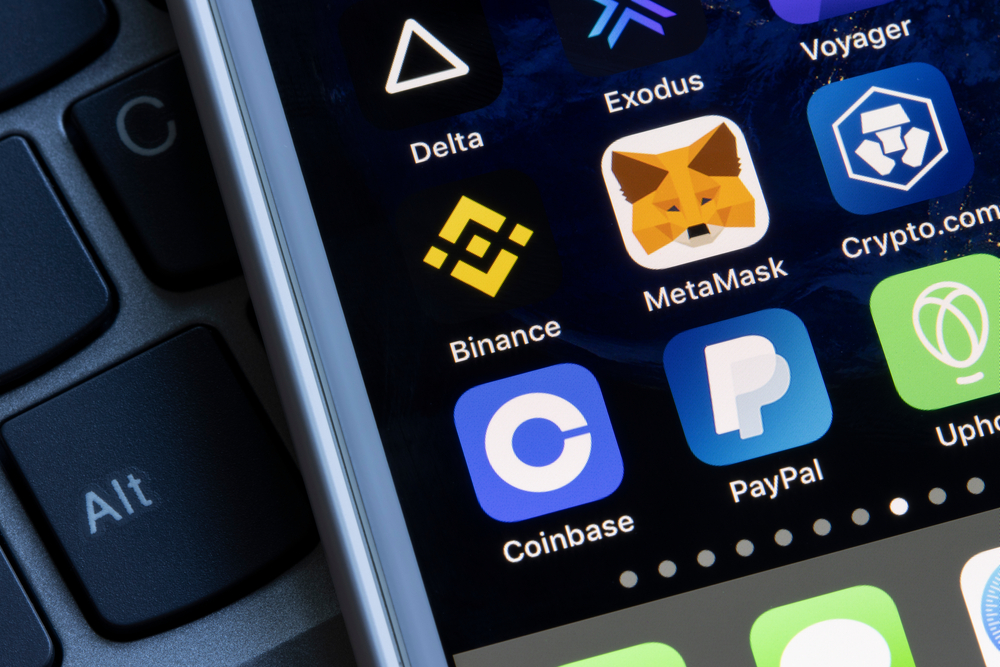 There was plenty of excitement over PayPal's plans to allow crypto to be transferred to other wallets and exchanges. But reading into the announcement, and there's more to all of this than meets the eye.
The payments giant has been granted a full BitLicense by the New York Department of Financial Services. It's also planning to roll out additional crypto features, products and services in the months ahead.
With PayPal now establishing a bridge to other wallets, exchanges and applications, the question is whether this is a company determined to take on established platforms in the space. Is Dan Schulman planning to eat into the market share of MetaMask and Coinbase?
It's going to be fascinating to see how PayPal's offering evolves. This is a company that has an upper hand — not least because it already has hundreds of millions of users, strong connections to the fiat ecosystem, and a usable interface that some exchanges struggle to match.

As adoption grows and big Web2 beasts increasingly enter the space, crypto-native firms will need to be on their guard.

PayPal is ramping up its crypto offering — and will now allow users to move digital assets to other wallets and exchanges. The payments giant confirmed the news in a statement, giving customers greater flexibility when sending cryptocurrencies to their friends and family. Although PayPal has allowed users in the U.S. and U.K. to buy and sell crypto for some time, its offering has been limited to Bitcoin, Ether, Litecoin and Bitcoin Cash. Another source of frustration has related to how users were unable to transfer funds to rivals to buy other altcoins, or snap up NFTs.

Coinbase is trying to make amends after rescinding job offers because of a hiring freeze — but its solution is raising eyebrows. The exchange has launched a Talent Hub where those affected by the "hiring changes" can add their names. It's hoped recruiters will then scour this database and snap up professionals who no longer have a job to look forward to. But it hasn't gone down well on Crypto Twitter. As one wrote: "So lemme get this straight, they paid one dude $600m to build an NFT marketplace and now they've got a jobs board for all the young talent they rugged at the last minute because they can't afford it?"

A group of human rights activists have defended Bitcoin and attacked crypto critics in a letter to Congress. They say BTC is crucial for financial inclusion and empowerment because anyone on Earth can use it. Signatories also argued there are countless examples where this digital asset has changed lives for the better — including in Afghanistan and Hong Kong. This is all in response to another open letter sent to Congress by skeptics who warned such assets are "risky, flawed and unproven." Those who have questioned Bitcoin's worth have been accused of mostly being from nations where stable currencies and free speech are the norm.

Revealed: Who's next to roll out a CBDC 🌍

Jamaica has revealed it's becoming the next country to roll out a central bank digital currency nationwide. The Bank of Jamaica has been given the green light to start issuing the CBDC as legal tender following a vote in the country's Senate. Known as Jam-Dex (not to be confused with decentralized exchanges,) the digital asset's arrival follows a successful trial held late last year. It's hoped the CBDC will be beneficial to those who don't have a bank account in Jamaica — with a lack of funds or ID often a hurdle for those who want access to financial services.
3 people liked this article

Crypto News
Elon Musk's Twitter Takeover in 'Serious Jeopardy,' New Report Warns
"Potentially drastic action" could be taken by Musk soon — with speculation growing that Tesla's CEO may attempt to wriggle out of the deal.
Oleh Connor Sephton
2 months ago
2m
Crypto News
NFT Sector Under Increasing Attack from Hackers — and Influencers Are Worried
"We are never going to 'go mainstream' as long as stuff like this keeps happening," Zeneca warns.
Oleh Connor Sephton
2 months ago
2m
Crypto News
CMC Daily, Nov. 9: What's Next for Bitcoin?!
Find out why breaking through $70,000 might be a little bit challenging. Plus, why are "hostage-style" videos about Bitcoin appearing on Instagram?
Oleh Connor Sephton
10 months ago
3m
See all articles