At Messari's Mainnet conference, Buterin admitted some cryptocurrencies will never switch to Proof-of-Stake — but added that he hopes some will achieve a "middle ground." 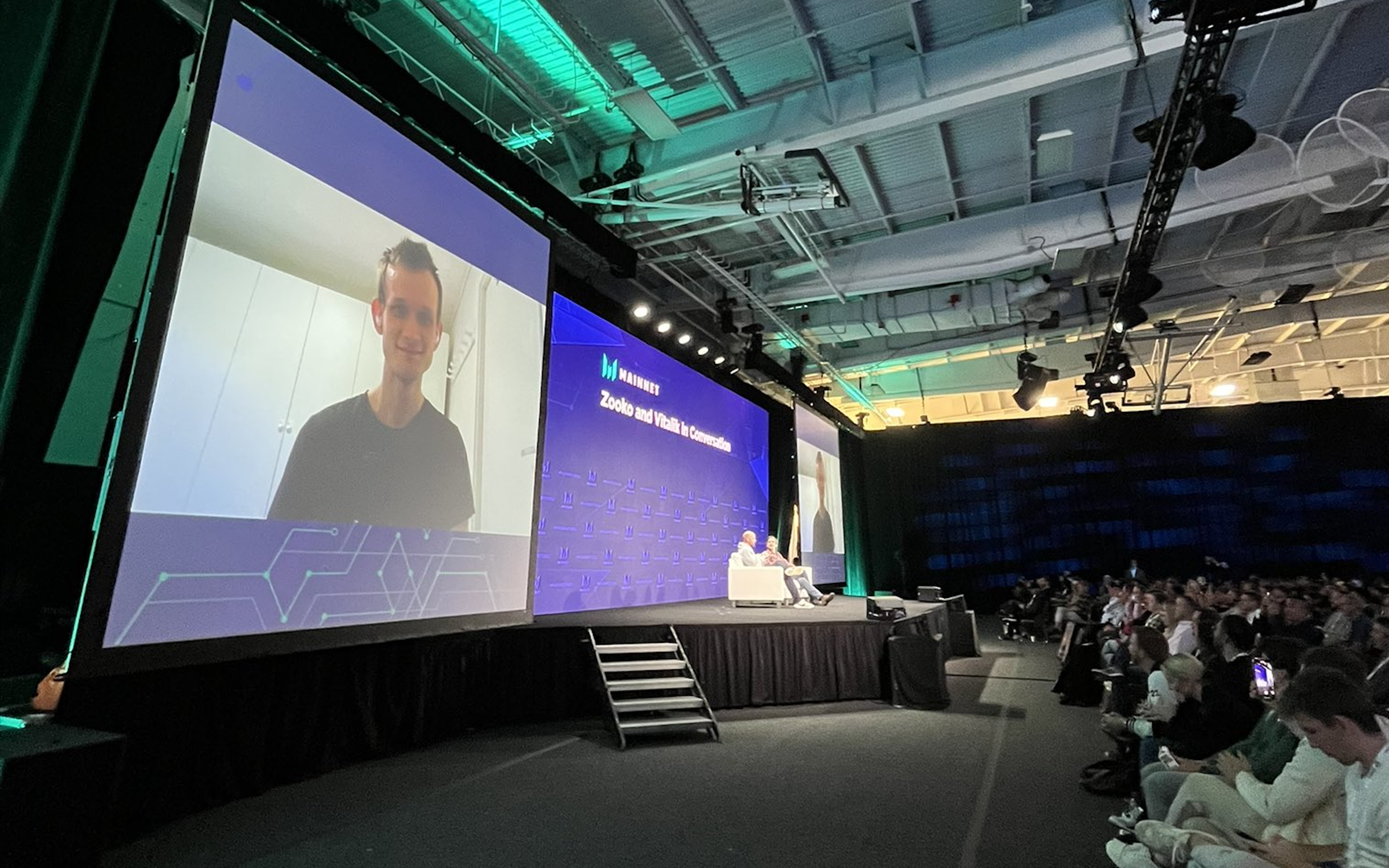 Ethereum has successfully made the switch from a Proof-of-Work to a Proof-of-Stake network — but Vitalik Buterin doesn't want to end here.

The blockchain's co-founder has revealed that he would like to see major altcoins move over to PoS because of its environmentally friendly credentials.

At Messari's Mainnet conference, Buterin was asked whether all networks should make the switch — and he replied:

"I'd say they should… as PoS matures, I would expect it to increase in legitimacy over time. I hope Zcash moves over and I am hopeful Dogecoin moves to PoS soon."

Interestingly, Zcash's founder and CEO — Zooko Wilcox — was on hand to give his immediate response to this suggestion. He had previously suggested he was open to Proof-of-Stake, and had told Buterin back in 2018:

"I was waiting to see Ethereum go Proof-of-Stake first to see what goes wrong."

Reflecting on The Merge — and his skepticism about this initial proposals — Wilcox said:

"You emailed me your plan for Ethereum, and I was like: 'Holy shit. This is so exciting. And it’ll never work. 'And then you and Ethereum proved me wrong. It totally worked."

Wilcox has revealed that he's keeping the door open in future, and Zcash will be looking to learn lessons from Ethereum's new reality as a PoS chain.

Zcash is a privacy coin that uses zero-knowledge proofs in order to obfuscate a transaction's sender and recipient — as well as how much crypto was sent.

Buterin's wish for Dogecoin to follow suit may be more likely, not least because he has been working closely with the memecoin's foundation.

Back in December 2021, it was confirmed that Ethereum's co-founder was helping Dogecoin "craft a uniquely DOGE proposal for a 'Community Staking' version of PoS that will allow everyone, not just the big players to participate in a way that rewards them for their contribution to running the network, and at the same time gives back to the whole community through charitable causes."

At the Mainnet conference, Buterin admitted some cryptocurrencies will never switch to Proof-of-Stake — but added that he hopes some will achieve a "middle ground" and embrace a hybrid model.

Messari co-founder Ryan Selkis noted that Buterin has shown more swagger since The Merge was successfully executed — a posture that he's described as "Dark Vitalik." At the event, Ethereum's co-founder had said:

"If you want to bet against a 100 or so very smart people, I have a hypothetical time machine to go back in time to go back to before The Merge."

He once again reiterated that The Merge is only the end of the beginning — and said a series of upgrades lie ahead to enhance scalability and drive down transaction costs.

Gas fees remain a big concern for Buterin in the weeks and months ahead. He warned:

Buterin said inexpensive transactions are something Ethereum developers "need to actually deliver on" — explaining that, outside wealthy countries, the difference between $3 and 3 cents "is a really big deal."