This week, CoinMarketCap Alexandria breaks down the possible price movement of Syscoin (SYS) with some key levels to keep an eye on. Read more! 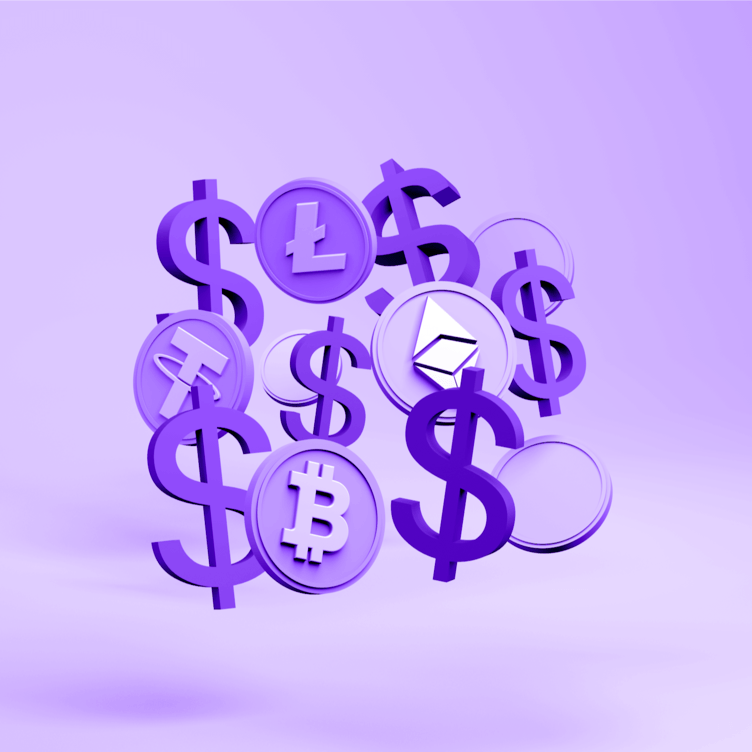 Syscoin (SYS) aims to build a protocol that combines the best of Bitcoin and Ethereum. It is a decentralized and open-source platform, founded in 2014. It is one of the projects that gained a lot of attraction lately.

In this article, we will observe SYS price charts against USDT and BTC, on both higher and lower time frames.

SYS/USDT on a Weekly Chart

In this chart, you see SYS/USDT on a weekly time frame. Two weeks ago, SYS made a new all time high after a long and strong uptrend since the bottom in July.

The bullish momentum might halt here for a bit, as we are witnessing a strong sell-off on almost all cryptocurrencies for the past few weeks.

On a weekly level, the 63-69 cents zone seems to be critical for those bullish on Syscoin. It would be a good place to make another higher low during the current rally.

Here, we are using the same chart on a logarithmic scale. The current trend of Syscoin is better visible in this chart as it is helpful when analyzing a wide pattern.

On this chart, the highs and lows are marked. SYS is clearly in a strong uptrend ever since it bottomed in March 2020 after the first COVID sell-off.

The correction in this SYS chart is relatively small when compared to previous corrections. The weekly EMAs are in a strong uptrend too. There isn’t any sign that would suggest that the macro bullish trend is over.

SYS/USDT on a 12-Hour Chart

On this more zoomed-in chart, you see the SYS/USDT pair after the coin’s launch on Binance in September last year.

The Fibonacci levels are measured from the low on Dec. 4 to the all time high (ATH) on Jan. 2. After the new all-time high, SYS began its correction. That correction temporarily ended on Jan. 8, right at the former highs.
Unfortunately for the SYS bulls when the whole crypto market started to decline, SYS came down with it. The price then fell into an old demand zone and is now trying to find support just above the Golden Pocket Fibonacci levels.

If the bulls are strong enough to build a base around here, new highs in the coming months might be around the corner.

However, if the global risk-off mentality continues in the coming weeks, SYS, along with other cryptocurrencies, may see a prolonged correction period.

SYS/BTC on a Weekly Chart

On this chart, Syscoin is valued against Bitcoin on a weekly time frame.

As you can see, SYS built a base against BTC, which started in 2019 and ended almost three years later in late 2021.

During those years, the price kept on moving within the range. Neither did it make significant lows nor broke above the range highs.

A few weeks ago, SYS broke out of the range, and ever since then, it is finding itself above the range highs in consolidation. Thus, it is very likely that for the past three years, it has been accumulating. Therefore, higher valuations of SYS against Bitcoin could be expected in the future.

When these EMA’s are lined up with the fastest moving one (the 21 EMA) on the top, with the others lined up in order too, the trend is up and they tend to provide support.

It will almost certainly happen during the next week(s), as the last EMA is about to cross over.

SYS/BTC on a 4-Hour Chart

On the 4-hour time frame, there is a beautiful and strong uptrend.

For the first time in this trend, SYS is retesting the 200 EMA, more than two months after its break-out and a successful retest of that level.

The 100 EMA gave support constantly during this bull trend.

If SYS loses the momentum here and starts to trade under the 200 EMA, there is strong support available at around 2,000 sats.

If it falls below that level, it can find support below at a flipped resistance at around 1,700 sats, and a bit lower at around 1,459 sats.

For SYS to keep the bullish vibe, a reclaim of the EMA’s is needed. A flip of the broken 2,600 sat zone would set SYS up for new highs against BTC.

In this article, multiple time frames were used to analyze the price movement of Syscoin (SYS). The following major points should be considered:

Trading Analysis
Bitcoin's Price Recovers as Exchange Outflows Spike: A Data Perspective by IntoTheBlock
This week, IntoTheBlock takes a look at what's going on with Bitcoin's recent price rise.
Von Pedro Negron
10 months ago
4 Minuten
Trading Analysis
Hedge, FOMO and Chance: Weekly Market Review by TokenInsight
A large fluctuation came this week, TokenInsight investigates what happened in the markets over the last seven days.
Von TokenInsight
1 year ago
5 Minuten
Trading
Uniswap vs PancakeSwap
The rise in DeFi means the rise in decentralized exchanges – Uniswap is the leading AMM on the Ethereum blockchain, while PancakeSwap is the most popular DEX for the Binance Smart Chain.
Von Werner Vermaak
1 year ago
9 Minuten
See all articles