All of this comes as clouds begin to form at Meta, with Mark Zuckerberg announcing plans to reduce the company's headcount for the first time ever. 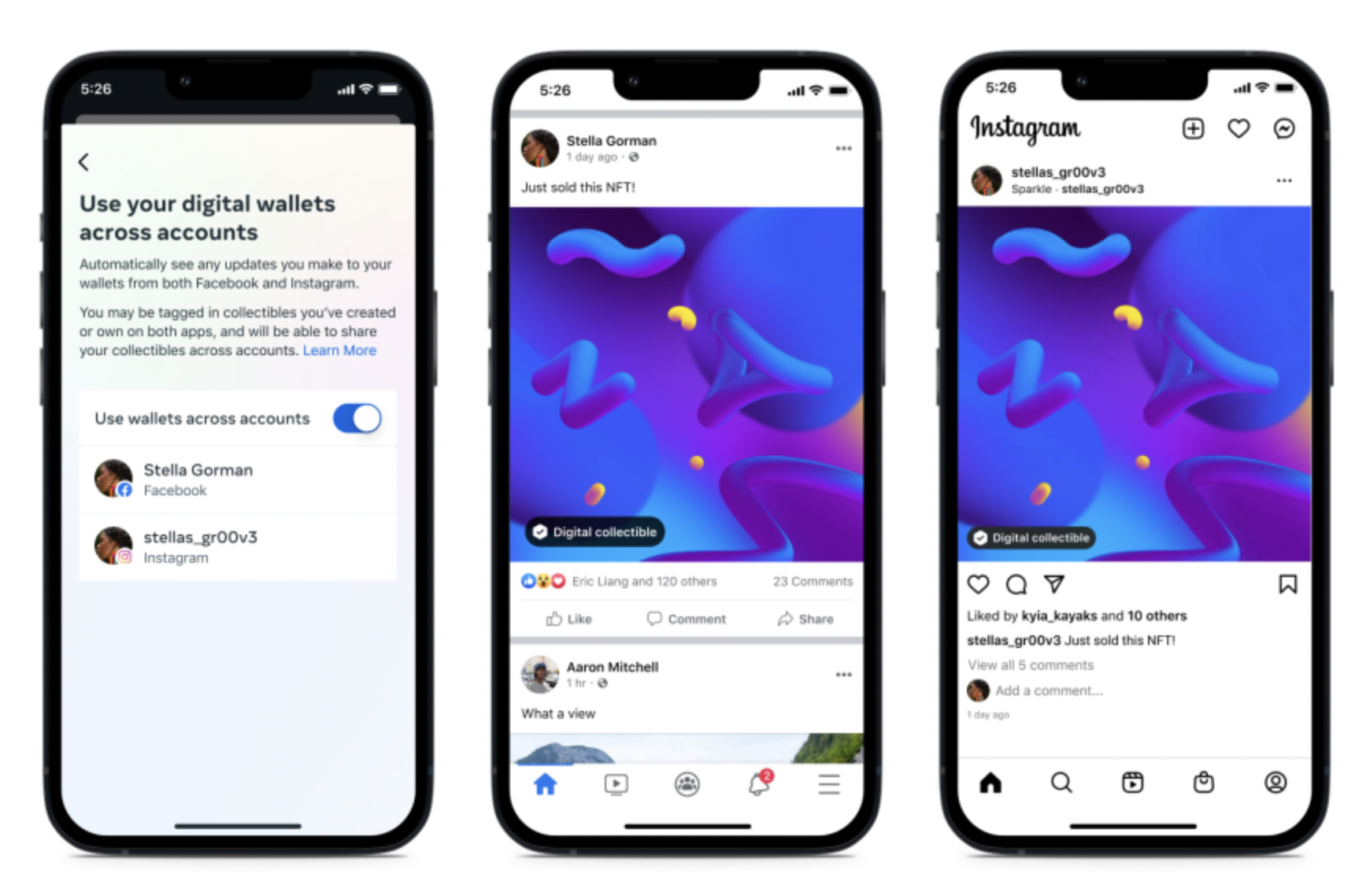 Meta has also confirmed that everyone in the 100 countries where digital collectibles are available on Instagram can now access the feature.

Slowly but surely, the tech giant has been rolling out crypto collectibles to its users — and says no fees are associated with posting or sharing NFTs.

It means that millions of people can now interact with non-fungible tokens on mainstream sites, in what could be a watershed moment for adoption.

Tests have been taking place for several months, and it was initially restricted to a small number of content creators.

Mark Zuckerberg has also been getting in on the action — and selling an NFT version of his childhood baseball card.

It shows the billionaire when he was eight years old, swinging a baseball bat and smiling at the camera.

He revealed he was organizing the sale in celebration of "expanding digital collectible NFTs to more than 100 countries on Instagram and launching new integrations with Coinbase and Dapper."

All of this comes as clouds begin to form at Meta, with Mark Zuckerberg announcing plans to reduce the company's headcount for the first time ever.

According to Bloomberg, the firm is planning its first major budget cut since launching in 2004 — with teams restructured to trim expenses. Zuckerberg was quoted as saying:

"I had hoped the economy would have more clearly stabilized by now. But from what we're seeing it doesn't yet seem like it has, so we want to plan somewhat conservatively."

Meta has been struggling to contend with stiff competition from TikTok, which is enticing away younger users. The social company has also been aggressively investing in the metaverse, but some analysts have warned this could be an expensive bet that doesn't pay off.

Crypto News
CoinMarketCap News, Nov/ 29: It Isn't Just Crypto Firms Suffering in This Bear Market
As top coins tank, crypto bros are going underground — a far cry from the heady days of last year, when the champagne was flowing.
Von Connor Sephton
9 hours ago
3 Minuten
Crypto News
Podcast: Bankrupt BlockFi Owes Billions — as Elon Musk Picks a Fight with Apple
Plus, Kraken gets a slap on the wrist after violating U.S. sanctions — and why the bear market has hit Miami's nightclubs hard.
Von Connor Sephton
9 hours ago
1 Minuten
Crypto News
Revealed: How Much BlockFi Owes to Its Biggest Creditors
In other developments, the Financial Times is reporting that BlockFi is suing Sam Bankman-Fried in an attempt to seize shares in Robinhood.
Von Connor Sephton
9 hours ago
1 Minuten
See all articles