On Twitter, the president confirmed that the Central American nation has just purchased an additional 500 BTC at an average price of $30,744 per coin. 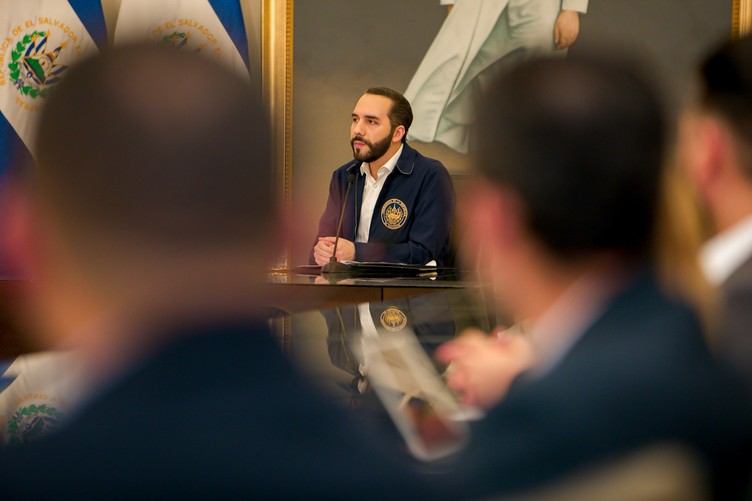 El Salvador may be in a state of emergency right now, but it seems Nayib Bukele is still keeping a close eye on Bitcoin's price.

On Twitter, the president confirmed that the Central American nation has just purchased an additional 500 BTC at an average price of $30,744 per coin.

Overall, that's worth more than $15 million — and it comes as the country's other BTC investments remain seriously underwater.

At 8am London time on Tuesday, when BTC's price had recovered to $32,000, Bukele followed up with another tweet that declared:

"I could sell these coins right now and make almost a million dollars in just 11 hours, but of course not."

It's difficult to determine exactly how much Bitcoin is owned by El Salvador — and the exact prices purchases were made for.

But data tracked by Bloomberg suggests that a total of 2,301 BTC has been acquired so far.

Bitcoin acquired when El Salvador first made this cryptocurrency legal tender last September is also heavily in the red at this point — unsurprising considering BTC was worth over $50,000 back then.

A close correlation with Wall Street means that BTC could fall further in the coming days.

During the 2018 bear market, Bitcoin fell by 80% overall — and if this pattern was to be repeated, the world's biggest cryptocurrency could end up touching lows of $14,000 in the months ahead.

While past performance doesn't always indicate what lies ahead in the future, the current economic climate suggests $30,000 may not be rock bottom for BTC.

Crypto News
Toilet Paper NFTs Launch for Crypto Investors Who Are Feeling Flush
The Charmin pieces are raising money for charity, and bids have already exceeded $2,000.
Von Decentralized Dog
1 year ago
2 Minuten
Crypto News
Steve Woz the Loser in YouTube Scamming Suit
A judge threw out a lawsuit filed by Apple’s co-founder accusing YouTube of having “materially contributed” to bitcoin giveaway scams using video of his public appearances.
Von Leo Jakobson
1 year ago
2 Minuten
Crypto News
Tiffany & Co. to Create 250 Luxury Pendants Based on CryptoPunks
Given that there's 10,000 CryptoPunks in existence, there's likely to be stiff competition among those willing to pay 30 ETH (about $50,700) in exchange for this rare physical item.
Von Connor Sephton
2 weeks ago
2 Minuten
See all articles