Celsius may be getting a new examiner for their bankruptcy case, as over $400 million got liquidated over the last 24 hours due to a sudden sharp drop of BTC and ETH. 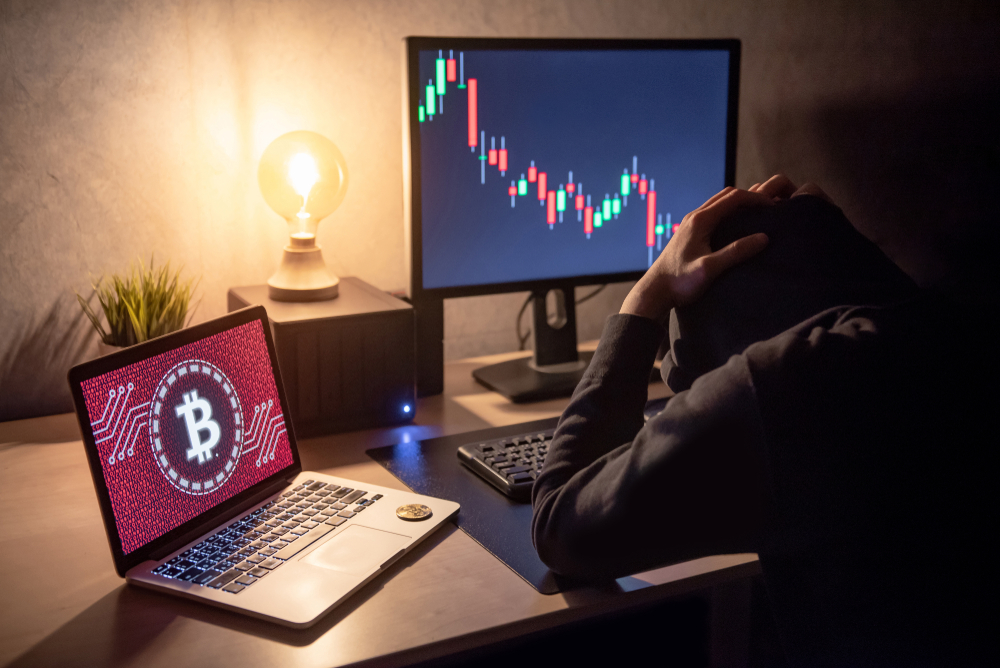 Celsius may be getting a new examiner for their bankruptcy case, as over $400 million got liquidated over the last 24 hours due to a sudden sharp drop of BTC and ETH.

BTC and ETH Dump, Over $400 Million in Leveraged Longs Rekt

BTC and ETH slumped 7% and 6% in the last 24 hours, as fears over a more hawkish Fed are back on the table. Following a statement by St. Louis Fed President Bullard, who called for a 75 bps hike in September, markets nosedived and erased all gains made over the last week. Leveraged long traders betting on a continuation of the rally got burned, with over $400 million in leveraged long positions liquidated in the last 24 hours. It marked the most expensive day for leveraged longs in two months.

Denis Dubnikov, a Russian national accused of having laundered proceeds from ransomware attacks in the U.S., has been extradited from the Netherlands to the U.S. He will stand trial in the state of Oregon and could face up to 20 years of prison time (if found guilty). Meanwhile, Alexey Pertsev, the Russian Tornado Cash developer in custody in the Netherlands, is not allowed to talk to his wife. She said as much in a statement to Cointelegraph, expressing concern that her husband is being treated “as if he were a dangerous criminal.” A rally in support of Pertsev is planned for August 20.

The U.S. Trustee Office dealing with the Celsius bankruptcy case has requested an independent examiner to investigate possible "fraud, dishonesty, incompetence, misconduct, mismanagement, or irregularity in the management of the affairs." In a court filing submitted on Thursday, U.S. officials further said that “financial irregularities” at Celsius warrant such a request, despite the cooperation by the company. An independent examiner was also appointed in other high-profile bankruptcies like Enron and Lehman Brothers. The Celsius unsecured creditors committee rebutted the necessity for such an examination.

Mercado Libre, the Latin American version of Amazon, launched its own crypto token called Mercado Coin. Mercado Coin will be part of Mercado Libre’s loyalty program and will be tradeable via the company’s fintech arm called Mercado Pago. After rolling out the token to the first 500,000 users, Mercado Libre aims to expand it to all of its 80 million Brazilian users by the end of August. CEO Marcos Galperin called the launch "a step towards democratizing financial inclusion in Latin America."
This article contains links to third-party websites or other content for information purposes only (“Third-Party Sites”). The Third-Party Sites are not under the control of CoinMarketCap, and CoinMarketCap is not responsible for the content of any Third-Party Site, including without limitation any link contained in a Third-Party Site, or any changes or updates to a Third-Party Site. CoinMarketCap is providing these links to you only as a convenience, and the inclusion of any link does not imply endorsement, approval or recommendation by CoinMarketCap of the site or any association with its operators. This article is intended to be used and must be used for informational purposes only. It is important to do your own research and analysis before making any material decisions related to any of the products or services described. This article is not intended as, and shall not be construed as, financial advice. The views and opinions expressed in this article are the author’s [company’s] own and do not necessarily reflect those of CoinMarketCap. CoinMarketCap is not responsible for the success or authenticity of any project, we aim to act as a neutral informational resource for end-users.
27 people liked this article