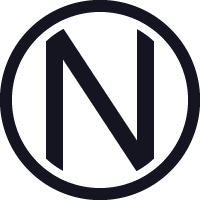 Nym is the next generation of privacy, engineered by some of the world’s leading research scientists and developers at world-class universities Massachusetts Institute of Technology, KU Leuven and University College London. The system comprises a mixnet providing privacy at the network level, credentials providing privacy at the application level, and the NYM token to reward those who run the system, making it sustainable and scalable in the long run. Together, these will form a global, decentralised privacy network that will be powered by the NYM crypto-token.

How does Nym provide privacy? Nym is a “full-stack” privacy system, developers can hook their existing applications to the Nym system to protect their users at the network level via Nym mixnet, and protect them at the application layer via Nym private credentials. Together, these will have the capacity to add privacy to the broader blockchain industry: the Nym mixnet provides privacy at layer 0, which adds meta-data protections for other blockchain and cryptocurrency projects that are at layer 1 (like Bitcoin and Ethereum) and layer 2 (including most DeFi projects).

What is Nym mixnet? The Nym mixnet is a decentralised network of computers arranged in 3 layers. Your communication traffic is sent through it wrapped in multiple layers of encryption using SPHINX packet format which makes every piece of data passing through the mixnet look exactly the same. In each layer of the mixnet, your internet traffic is mixed with other people’s traffic, and the metadata that uniquely identifies your communications ie. your IP address, timing and destination is obfuscated. This means that your messages are “lost in the crowd” and not only the content but also the meta-data of your messages is protected and your communications are private. There is a saying amongst privacy crowds that says “Privacy loves company”, which is what a mixnet provides; the more data is mixed together the more private everyone’s data is.

What is the value of the NYM token? The value of the NYM token will eventually be tied to the global demand and need for privacy, which is only increasing as the internet expands into more and more areas. The number of global internet users reached 4.5 billion in January, 2020. And more and more people, companies and organisations feel they are being spied on and are uncomfortable with how their data is being used on the Internet. The only comparable global privacy system is Tor which works but has limitations by being volunteer run. It means that global reach is difficult: volunteers tend to be centralized in wealthy Western countries and the systems are unlikely to scale. We believe economic incentives can fix this problem so that the entire world can have privacy on the Internet.

With the NYM token we aim to make global privacy economically sustainable and scalable by rewarding nodes that run the system. We want to give the possibility for people globally to have a stake in the next-generation of privacy-enhanced infrastructure.