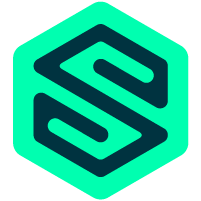 Last year, the first DEX built on Zilliqa - ZilSwap was launched. The non-custodial platform marked Zilliqa’s foray into decentralized finance (DeFi) by allowing for permissionless trading of ZIL and ZRC-2 assets on the Zilliqa blockchain. Since its launch, ZilSwap has gained solid support from the community, garnering a total value locked (TVL) of USD $1.1 million.

In ZilSwap’s next step towards becoming a truly decentralized platform, it will be releasing $ZWAP, a native governance token that transitions control of the protocol over to the community. What exactly is $ZWAP?

$ZWAP is the new ZRC-2 governance token for ZilSwap that empowers stakeholders to take part in decisions governing the protocol, enact improvements and drive further development of the platform in a fully decentralized and permissionless manner. Fuelled by $ZWAP, the on-chain voting system will allow for parameters such as protocol fees to be adjusted under the purview of this decentralized organization. The voting process for this DAO is being worked on and more information will be released soon!

The $ZWAP governance token will follow a liquidity mining program where traders and liquidity providers are rewarded with $ZWAP. Distribution of $ZWAP

This stage distributes tokens to early users, testers and builders who have tried and tested the protocol. Users who have interacted with ZilSwap prior to 18 January 2021, 18:00 UTC+8, can retroactively claim $ZWAP tokens from 5% of the total token supply. Of these 50,000 $ZWAP tokens, 15% of the tokens are allocated to developers as a retroactive reward and distributed in a monthly token release over 12 months. The remaining 85% is split between traders and liquidity providers accordingly and can be claimed upon token release on 3 February 2021:

This stage continues to distribute tokens to the key stakeholders of the protocol - liquidity providers and developers. The remaining 95% of the $ZWAP token supply will be released as future rewards to liquidity providers and developers over a period of 152 weeks. 6,250 $ZWAP tokens will be released each week starting from 3 February 2021, 16:00 UTC+8. The distribution of $ZWAP in Stage 2 is as follows:

Users who provide liquidity to the following 3 initial pools will be able to receive $ZWAP token rewards. More pools can be allocated rewards in the future through a governance vote.

$ZWAP tokens can be viewed and claimed on ZilSwap from 3 February, 16:00 UTC+8. To do so, simply connect your wallet via Zilpay or your private keys. After connecting, you will be able to view your available $ZWAP rewards beside your wallet address, at the top of the page.

Select it, and click on "Claim Rewards". Looking ahead

The release of the $ZWAP governance token re-emphasizes ZilSwap’s commitment towards a decentralized future and lays the groundwork for further growth of the protocol. Following the token release, Switcheo will continue to work on further V2 improvements to the platform. This includes more flexible integration after the Zilliqa blockchain upgrade which will enable the protocol to read other types of smart contracts. Users can also look forward to feature releases in the near future such as decentralized token lists, single step swapping of ZRC-2 tokens, and cross-chain integration through decentralized protocol, Switcheo TradeHub.