What is Virtue Poker

Conceived in 2016, Virtue Poker is a ConsenSys incubated, and Pantera backed company that uses the unique features of blockchain technology in conjunction with P2P networking to provide a safe, honest environment to play online poker. Player funds are never held by Virtue Poker; instead game buy-ins are held in escrow by Ethereum "smart contracts"​ while they play, and payouts occur in 30 seconds or less. Virtue's Poker’s distributed peer-to-peer shuffling algorithm provides game security, since the deck never resides on a centralized server and is the first and only blockchain based poker platform licensed by the Malta Gaming Authority

Trustless and Transparent Payments: Using a combination of Ethereum based smart contracts and a Virtue Poker deployed sidechain, players always know their funds are secure

Game Integrity via P2P Shuffling: The world’s first and only GLI certified peer-to-peer shuffling protocol which includes all players seated at a table in the shuffling process

Team Pro - Phil Ivey Phil Ivey has 10 World Series of Poker bracelets and is the #6 all-time WSOP money-winner with over $26 million in live earnings. In addition, he is one of the top-performing online players, with winnings over $10 million, and has been to a record nine World Poker Tour (WPT) final tables. From 2002 to 2009, Ivey placed in the Top 25 in the World Series of Poker Main Event an unprecedented four times, and was a unanimous inductee into the WSOP Hall of Fame in 2017.

Technical Advisor – Joseph Lubin Joseph is one of the founders of Ethereum, and is founder and CEO of ConsenSys, the world’s premiere blockchain venture production studio. 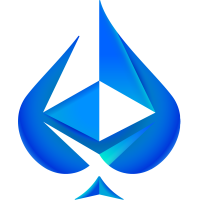