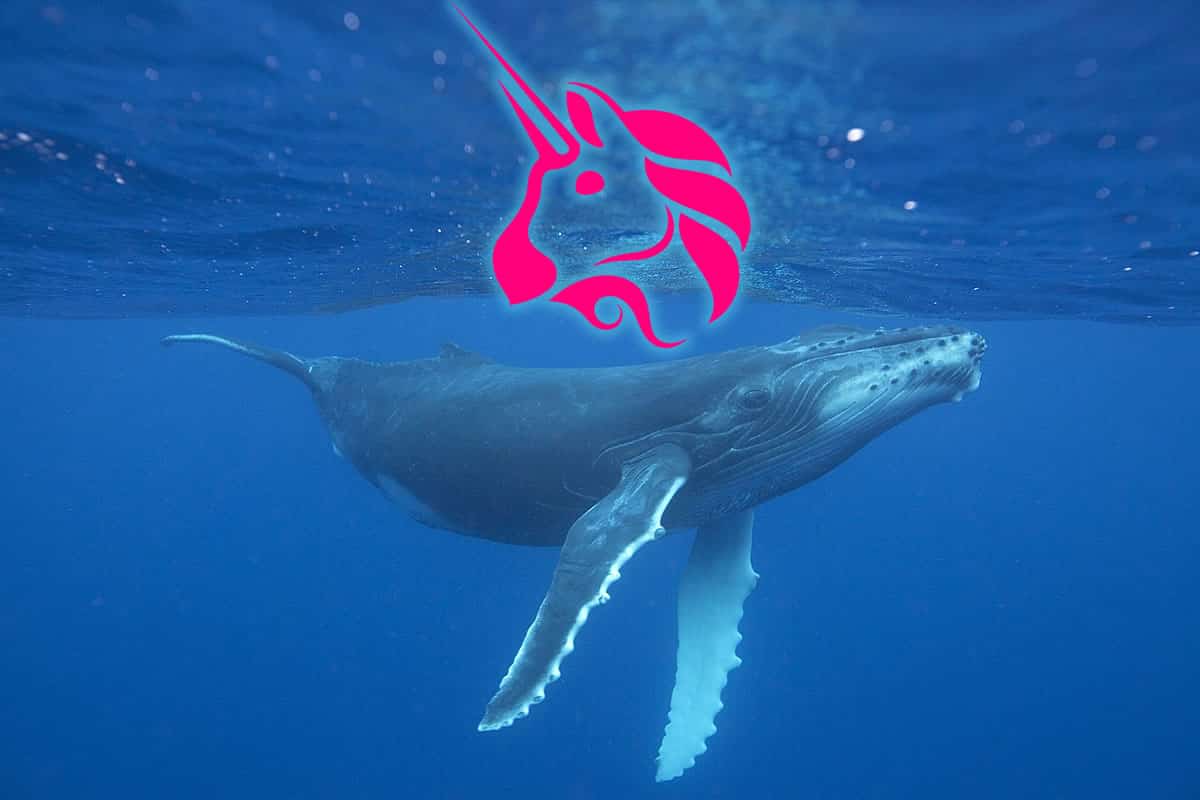 DeFi protocol Uniswap is currently undergoing its first governance vote but members of the crypto community have noticed that the whales are largely in control of it.

The initial proposal was made by DeFi lending and trading platform Dharma which is one of the largest UNI token holders. In order to make governance more accessible, Dharma wanted to reduce the current proposal submission threshold from 10 million UNI, which is 1% of the total supply, to 3 million or 0.3%. The second part of the proposal was to decrease the quorum threshold from 40 million UNI, or 4% of the total, to just 3% or 30 million.

Industry observers have pointed out that this would give the majority of the voting power to the top two token holders, which are Dharma and blockchain simulation platform Gauntlet. Some have even launched a campaign to encourage others to vote against it.

The vote will continue until October 20, but it appears that the two top delegating addresses, which hold almost 15 million UNI each, have dominated the process with around 98% of the votes ‘for’ according to the counter.

DeFi Watch founder, Chris Blec, has been critical of this process since the proposal began asserting that it is making Uniswap more centralized rather than the opposite.

(You can't vote if you didn't delegate before vote began.)

And guess who controls half of remaining votes?

In his most recent tweet, Blec noted that there are 13 million votes remaining and almost half of them are controlled by an address owned by Yearn Finance’s Andre Cronje.

Although the idea of community governance is a noble one, it doesn’t really work if a tiny fraction of whale controlled addresses owns the majority of the tokens, as in the case with Uniswap.

Last month, on-chain analytics firm Glassnode took a deep dive into the governance mechanisms for Uniswap and the role of its UNI token suggesting that it may not be that decentralized after all. The report revealed that even Binance is a UNI whale with 26 million tokens held so it too could sway “community” voting decisions.

If this proposal passes then the combined total of Dharma and Gauntlet votes will outweigh any others going against them, they will effectively control Uniswap.

With 32 days remaining for liquidity providers to earn UNI, the four pools are still healthily populated with collateral. At the time of writing $2.16 billion had been deposited in the liquidity pools.

UNI prices themselves have retreated 8% over the past 24 hours to just over $3. Since their peak just after launch prices have dumped over 60% to today’s levels.