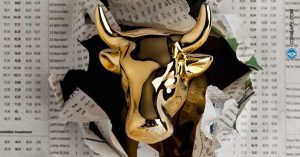 Its never a boring day in cryptocurrency world and the day was filled with bullish news from all across globe. Here is a round up of today’s major cryptocurrency news and headlines which you should not miss. The major headlines are:

MicroStrategy CEO announced that company will use the proceedings nearing $635 Million from recent senior convertible note sale to purchase Bitcoin. This takes the overall bitcoin investment figure to $1 billion. Currently company owns 40, 824 Bitcoin valued around $790 Million at the time of reporting.

In a recent tweet MicroStrategy CEO slashed the accusations of MicroStrategy dealing in securities and said that SEC has not called BTC a security and hence, we are not buying securities.

MicroStrategy is not an investment company (IC) per the 1940 Investment Co. Act. An IC is a co. that invests ≥ 40% of assets (less cash & govt securities) in “securities”. Per the SEC, #BTC isn’t a security. Ergo, holding BTC doesn’t cause MicroStrategy to become an IC.

In an interesting event today, large amount of Tether ~$200 Million were minted at Tether treasury and was followed by bullish signals in Bitcoin community. Generally, minting of new Tether Coins is considered a bull signal and is followed by rapid crypto buying. With ongoing bitcoin buying spree by large multinational companies like MicroStrategy and Grayscale already owning around 2.8% of total Bitcoin supply many traders believe it is only a matter of time for BTC to cross $20k.

Their (B2C2’s) vision, expertise and offering complement SBI’s, and we look forward to working in partnership as we expand our footprint across the global markets.