Disclaimer: The findings of the following article should not be taken as investment advice as it is the sole opinion of the writer

The DOT token belongs to the blockchain Polkadot. The blockchain was envisioned by Dr. Gavin Woods, the co-founder of Ethereum [ETH] and the inventor of the Solidity smart contract language. Launched fully in 2020, the ecosystem and the token, both, have gained massive traction over the past few months.

Ranked as the market’s sixth-largest cryptocurrency by market cap, at the time of writing, DOT seemed to be stuck in a sideways movement. However, a closer look would reveal that this might be accumulation for a bullish move in the near future.

The aforementioned accumulation is best explained by Wyckoff phases. A Wyckoff accumulation pattern has 5 phases from A through E.  At press time, DOT was in Phase B, and from here, there are two possible scenarios or paths that the price might take in the near-term. 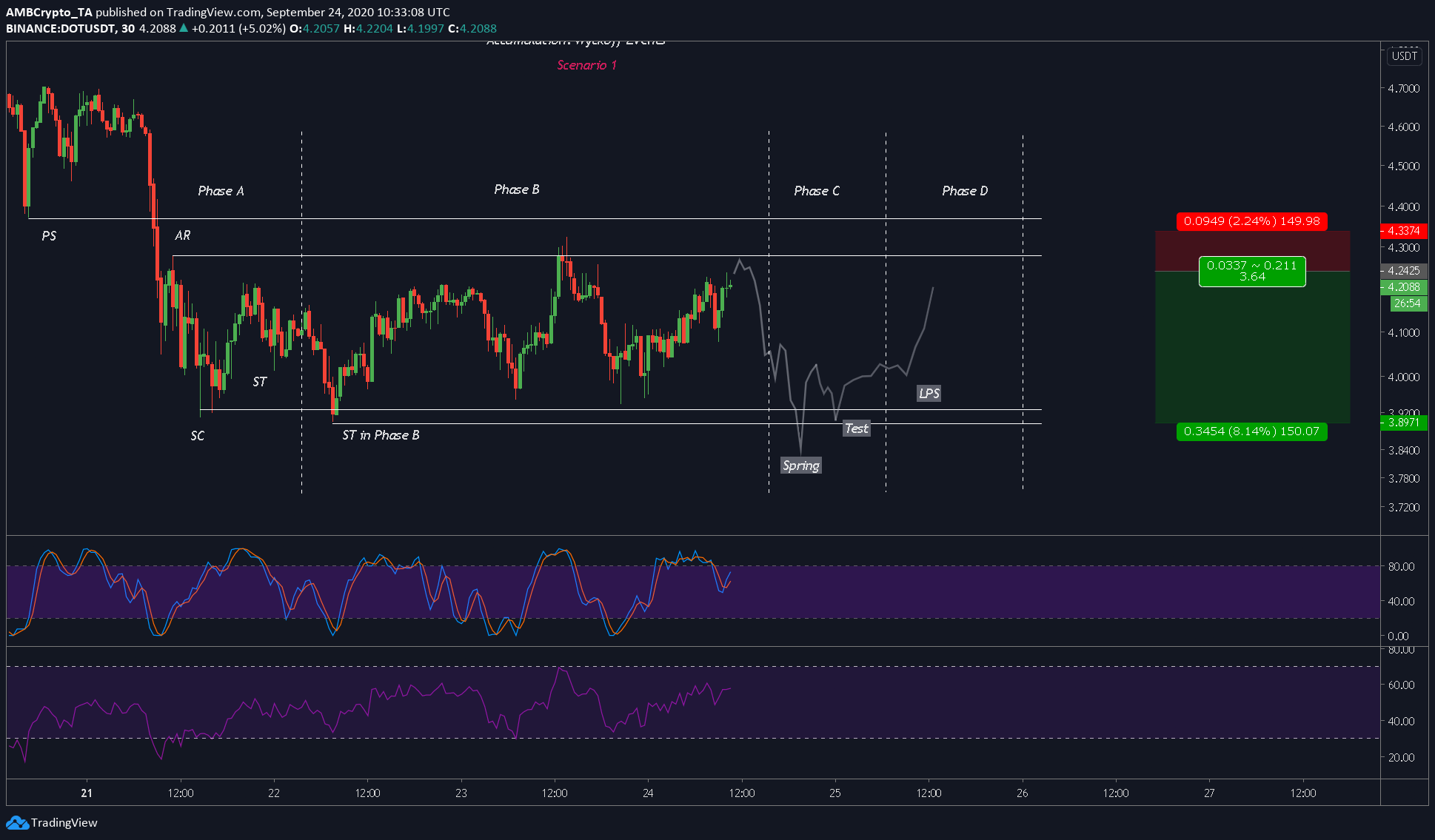 The target or take-profit can be adjusted with a trailing-stop and a check if the “Spring” is formed; this way profits can be maximized.

Both the RSI and Stochastic RSI were near the overbought zone and hence, supported the aforementioned short position. However, there might be a short surge before the actual drop, hence, the broad stop-loss. 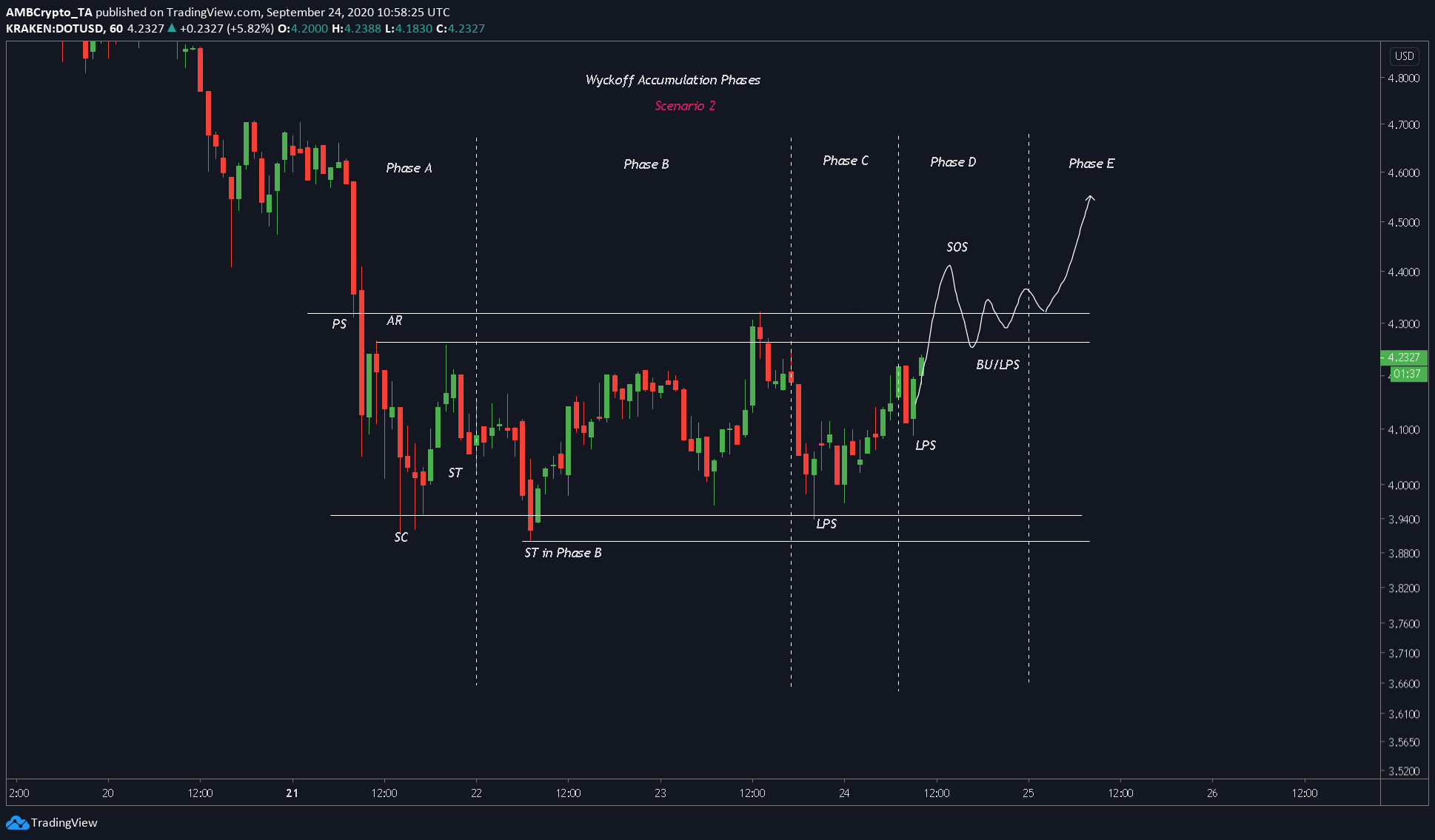 As for this scenario, DOT might not form the spring or test. Hence, the price might form a few LPS [Last point of Support] and consistently form a higher low. Phase E in the scenario would be for the price to break the resistance at $4.31 and head higher. Based on this scenario, the price would be heading higher, hence, shorting would be a bad idea.

However, looking at the Stochastic RSI and the RSI indicator, a long position wouldn’t be the best option. Moreover, BTC was headed back to the $10,000 level, hence, it is highly unlikely that DOT will head higher.