The Chinese crackdown on cryptocurrencies has reached the popular social media platform Weibo, the Chinese equivalent of Twitter. Many accounts associated with crypto promotions have been banned by the platform in light of the latest call for a crypto crackdown from the central government.

The large blocking of crypto accounts on Weibo is believed to be the harshest in the history of the social media giant.

Breaking: On Weibo (China's Twitter), a large number of cryptocurrency KOL accounts have been blocked. This is the harshest suspension of crypto in history, and it may be a response to Beijing's crackdown policy. pic.twitter.com/QaYehR3NnV

Beijing’s call for the strict prohibition against crypto trading and mining has been going on for the past couple of weeks. First, several crypto derivative exchanges suspended all Chinese trading accounts that were registered using a Chinese phone number. Later popular Bitcoin mining hub of Inner Mongolia passed new regulations to prohibit all kinds of crypto mining in the region.

Later, industry insiders revealed that the crackdown may not be as harsh as it may seem from the outside, since Chinese users were later advised that they may indulge in crypto trading but at their own risk, and it is not protected under the law.

China state owned media Xinhua News Agency wrote a serial of articles about virtual currency, in which it pointed out that If #Bitcoin and other virtual currencies are only traded as virtual goods, people have the freedom to participate in the transactions at their own risk.

Apart from Inner Mongolia, other prominent Bitcoin mining regions including Sichuan decided against any immediate ban on miners but notified that they must start looking for alternate locations from next season.

The price of Bitcoin dropped below $36,000 for a brief period as soon as the news about the Chinese social media purge surfaced. However, the price bounded right back and currently trading at $36,457 with a 0.7% loss over the past 24-hours. 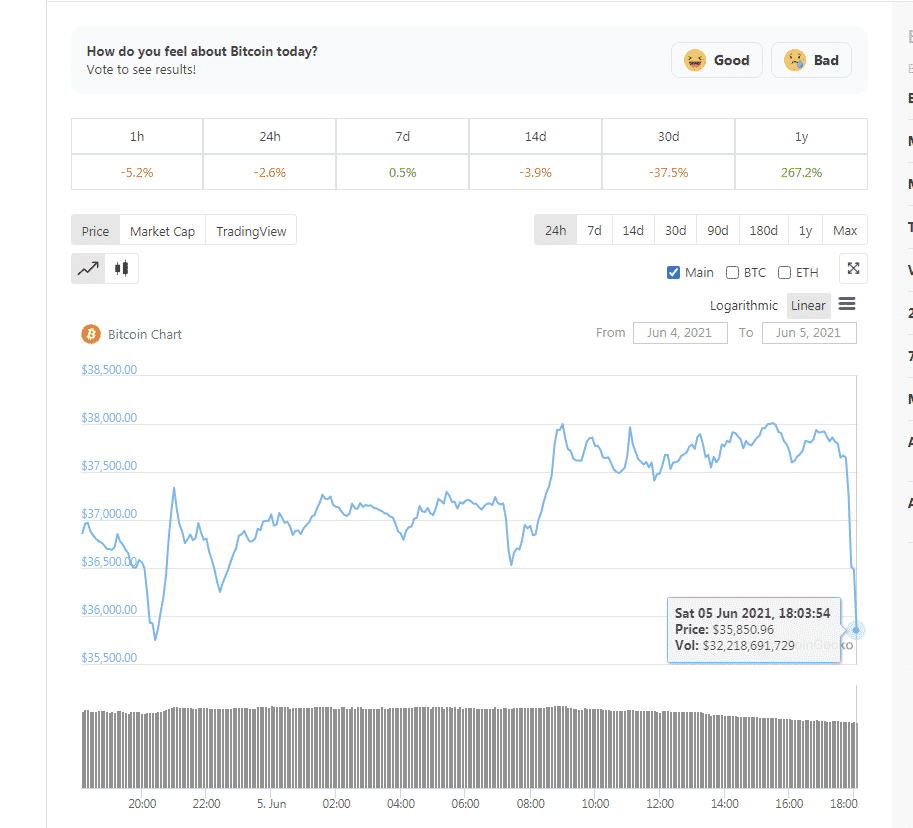 Later it was revealed that the crypto purge on Weibo was limited to only promotional accounts that often indulged in promoting different schemes of various exchanges. As other crypto-related social media accounts remained untouched.

China’s crackdown on miners is also being associated with Beijing’s push for carbon neutrality rather than an all-out ban on Bitcoin mining in the country.