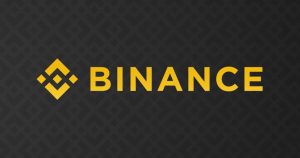 The Malta-based crypto-exchange Binance is now at the forefront of the DeFi wave despite being a hardcore centralized entity. One of the main initiatives that have helped bolster this is Binance Smart Chain [BSC]. In the latest milestone, the decentralized public blockchain appeared to be nearing $250K in terms of the total number of distinct addresses.

The growth of BSC has been tremendous since its inception in August. At the time of writing, the address count rose to 237,519 with a daily increase of 3,389. Despite the fact that the Binance Smart Chain is based on the Ethereum network, it happens to be an independent network with its own tokens that can be transferred from the ETH network. Addresses in the ETH network have the same addresses as in the Binance Smart Chain network due to a similar structure.

Referring to the above chart, it can be noted that BSC figures have followed a consistent upward trajectory. A steep increase was noted in the second week of October. This was the same time when Binance announced funding for six projects on BSC. These projects were AnySwap, Arkane Network, BakerySwap, Bitquery, PancakeSwap, and Proxima which are set to receive $350,000 in grants through the firm’s $100 million funds.

This program essentially sought to reward developers who deploy usable decentralized applications onto Binance Smart Chain and was a part of the platform’s $100 million commitment to a DeFi accelerator fund that aimed to bridge DeFi and CeFi solutions, in a bid to foster “greater freedom of money to everyone”.

The growth of active addresses in the BSC network has been nothing short of impressive. This could be because of the fact that most users are demoralized by large transaction sizes, high transaction fees as well as severe network congestion that plagues the Ethereum blockchain. And the cryptocurrency platform’s attempts to serve to the increasing demand for DeFi cannot be dismissed. Over the past couple of weeks, BSC has witnessed multiple launch and roll-outs of a wide range of products and services as well as several crucial integrations with other DeFi platforms.

The latest addition was the integration of Gravity Protocol to establish an adequate technical foundation that would incorporate the majority of the feature that is needed by target chains, which in turn, would help in facilitating new integrations.