FaceDAO: Self-sovereign Identity and the Blockchain

FaceDAO: Self-sovereign Identity and the Blockchain 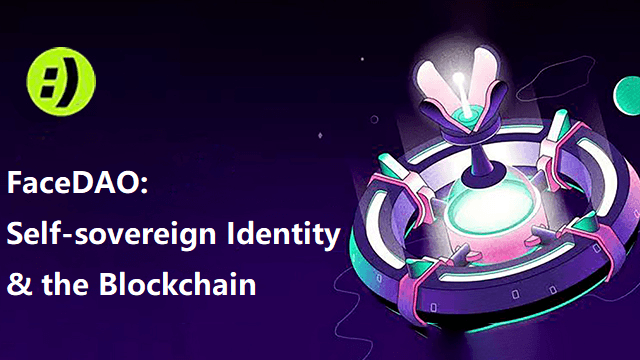 One use case of blockchain technology is in the area of identity. This has led to the development of digital identity used by most organizations and sectors in the economy. The insecurities associated with data, information, and identity details of users of different platforms have made them not trust certain systems and platforms with details that can be traced to them.

This situation raises the issues of trust, data insecurities, and cybersecurity issues.

With the privacy settings on some social platforms, people cannot help but wonder if their identities are not being distributed to third parties without their permission. This is why there is a need to protect their identities.

But a lot of people wonder and ask why blockchain technology?

For an identity system to be regarded as self-sovereign users or holders of accounts on the system must be able to control the verifiable credentials that they hold and their consent is required to use those credentials. This implies that users or holders of accounts can detect who sees their identities and what they see. This reduces the unintended sharing of users' or holders’ data. This is in contrast with the centralized identity paradigm where identity is provided by some outside entity. In a decentralized system, this is not so.

In other words, when we say self-sovereign identity, we refer to a user-centric system, a distributed system, and a trusted system geared toward giving individuals rights to own and control their own identity online without interruptions or interferences from third parties systems. They have the final say on who can have access to and use their data and information.

The use of blockchain as established already is not limited to currency or financial use. Its use spans different value chains and uses. One of the key features behind blockchain is that it is decentralized which implies that there is no single point of control, no central user directory and the records are publicly verifiable. The identity community is exploring how this immutable record of decentralized data can be applied to digital identity.

Different organizations are keying into SSI using blockchain. At the end of the day, a key point at the back of creators of platforms to key into this level of digital identity is trust. They desire that the users have trust and creating a user economy is the way to do this.

One of such platforms is FaceDAO, a social platform that allows users to interact and socialize with real people in real-time.

FaceDAO makes it easy for users to meet other people. The platform makes use of an identity system which is the users’ face.

Users or holders of accounts on the platform get to put in needed attributes that constitute their identity. These attributes would comprise their details such as name, country, number, and basic details about them. Users are usually concerned about what these details are being used for, who uses them, who sees them, and what they see. They are concerned about central systems or third parties having control and using their details.

FaceDAO is designed to put these worries at ease. Users from all over different continents are assured of the security of data and the privacy of their identities. One way this is ensured is through self-sovereign identity.

By having SSI in place for users, FaceDAO promises users total security of their data. For FaceDAO, self-sovereign identity on the blockchain implies an identity user’s own. It’s theirs. Only they can hold it on their accounts and only they can decide who gets to see it and what they get to see.

With FaceDAO, users can be assured that their data is safe from access or control by third-party entities. Identity and information about individuals are made more secure, private, and censor resistant. Users and holders of accounts can exercise their fundamental rights of being in control of everything.

It is imperative to say that people desire a decentralized infrastructure that can ensure trust, privacy, and security of data. FaceDAO as a decentralized social platform promises to utilize the blockchain to give users authority over their identities, information, and data. In other words, the users are the authority. On FaceDAO, users across the continents are the ultimate beneficiaries of self-sovereign identity and blockchain.