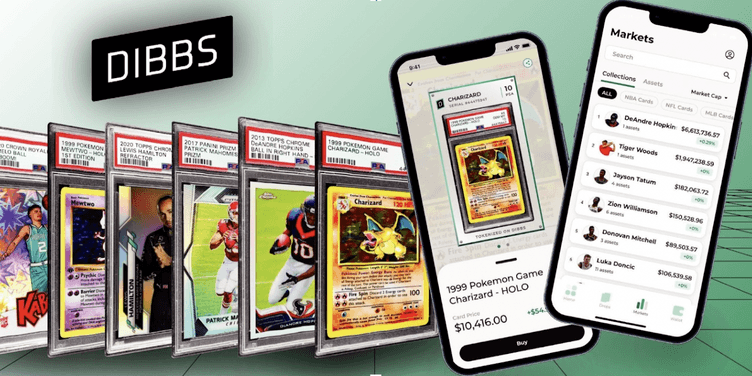 This Recent Amazon Investment Is Growing Like Wildfire on WAX

Just when you thought collecting your favorite items was becoming a lost art, the blockchain arrived, and collecting will never be the same!

Enter Dibbs, one of the fastest-growing and exciting projects on the WAX Blockchain. It’s so full of possibility that even Amazon has recently jumped in as an investor for an undisclosed amount.
This comes after the company raised about $16 million from venture firms Foundry Group, Tusk Venture Partners, Courtside Ventures and Founder Collective. It also has a group of athlete investors, including the NBA’s Chris Paul and Kevin Love.

Today the innovative platform helps collectors extend their passions by lowering the barrier to entry to various collectibles — including highly-valued cards — by enabling fractions of those cards to be bought and sold.

For example, say there’s a super rare Tom Brady or Pokémon card that has been owned by a single collector for years and years. Via Dibbs, the owner of that card can sell a portion of it to other like-minded collectors, which allows more people to enjoy the thrill of owning a piece of the card they love.

We sat down with Dibbs’ co-founder Evan Vandenberg so that we can help our community better understand the platform and learn more about the vision behind it.

It All Started with a Passion

As a youngster, Evan had a love for collecting physical cards including sports and entertainment-oriented cards (we’re talking Star Wars, Pokemon, Sports Cards and more).

It became apparent to Evan and his co-founders that many collectors would love to own extremely rare collectibles, but collecting at that level can undoubtedly be cost-prohibitive.

So, they asked the question, “What if a collector could own a fraction of the items they love most and benefit from others’ interest in the same kinds of items? What if we could inject new life into a card that was originally sitting on a shelf or locked in a security deposit box?”

That’s Dibbs in a nutshell.

In terms of the blockchain, it’s one of a handful of technologies that converged to make Dibbs possible in the last few years and owning part of a collectible is much like owning a fraction of a Bitcoin or Ether. You may not be able to shovel out the wad of cash needed for a whole coin, but thankfully you can still own a piece of your fandom on virtually any budget.

How to Start Collecting on Dibbs

Getting started is a four-step process:

Step #1 — Download the Dibbs mobile app or use the web app on any supported browser.

When you start diving into collecting, there is a 2.9 percent fee for purchase and sell orders.

Want to Fractionalize a Card You Own?

Dibbs is currently accepting all trading cards currently that are trading on the platform that are authenticated and graded.
All you have to do is search the Dibbs Market, find an asset you want to sell, submit your own asset — and then you have the power to fractionalize and monetize that card as you’d like. Click here for full details.

Why Dibbs Built on WAX

According to Vandenberg, “building on WAX was a no-brainer. We were working with Ethereum in the beginning, but it was simply not economical for our business, due to gas fees. We wanted to accomplish our goals in the most cost-effective manner possible, and thankfully WAX’s simple, no gas fee economics and NFT infrastructure made a lot of sense.”