The sentiment to sell has been rising over the past few weeks, even when the price was over $11,000 and briefly over $12,000, but with last week’s drop to $10,200, and no jumps in the time since the need to sell has become a desperation. According to data from Chainalysis Market Intel, the amount of Bitcoin held on exchanges has reached its highest point in the last two months.

With the price drop, there is a need to sell held Bitcoin. Owing to the drop, more hodlers are putting their BTC on exchanges, possibly with sell orders triggered at just below the trading price of Bitcoin to quickly sell off their bags if a big price decline ensues and takes the price below $10,000 or lower still. 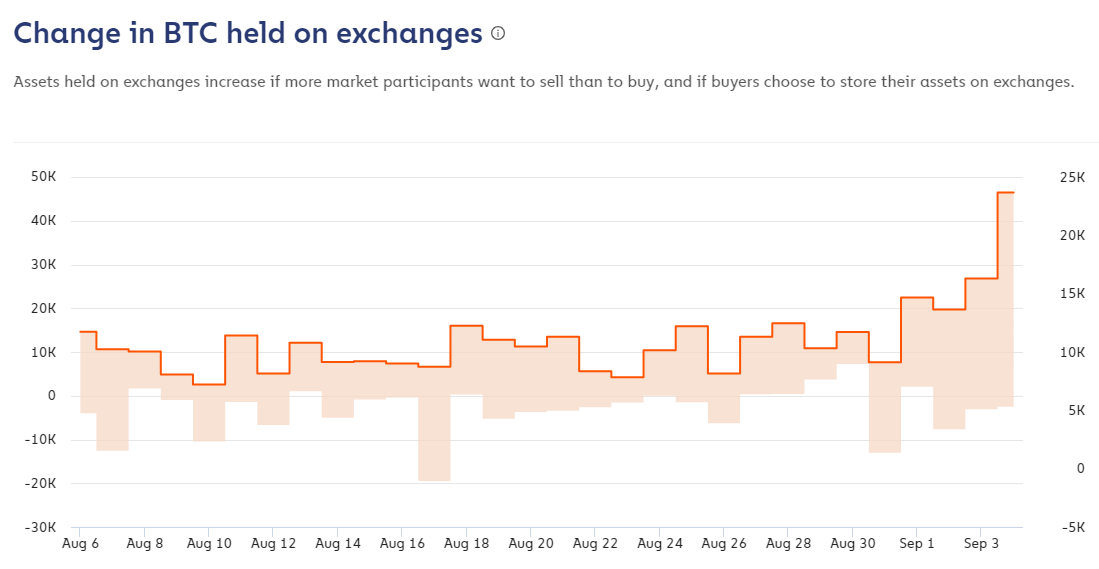 On the flip side, there has been a stark and severe drop in BTC inflows to exchanges during the same time. Inflows to exchanges have dropped from over $1.25 billion Bitcoin to just around $750 million, a 40 percent drop. This would mean that the selling sentiment in the market has passed for now.

At this point, it is prudent to look at reasons to hold, in light of historical data. According to a report by Ecoinmetrics, a key indicator to look at for Bitcoin’s price trajectory going forward, keeping in mind its recent swing, is the 200-day moving average.

Breaking down your investing strategy based on this one factor and Bitcoin’s price in relation to it, you can either go long, when the current price moves above the 200 DMA, or go short, when the current price moves below the 200 DMA. If this strategy were followed since June 2013, 15 long positions would result in 11 profit positions, with the upside as low as 100 percent to as high as 4,000 percent. Losses on these long positions would be as high as – 20 percent. 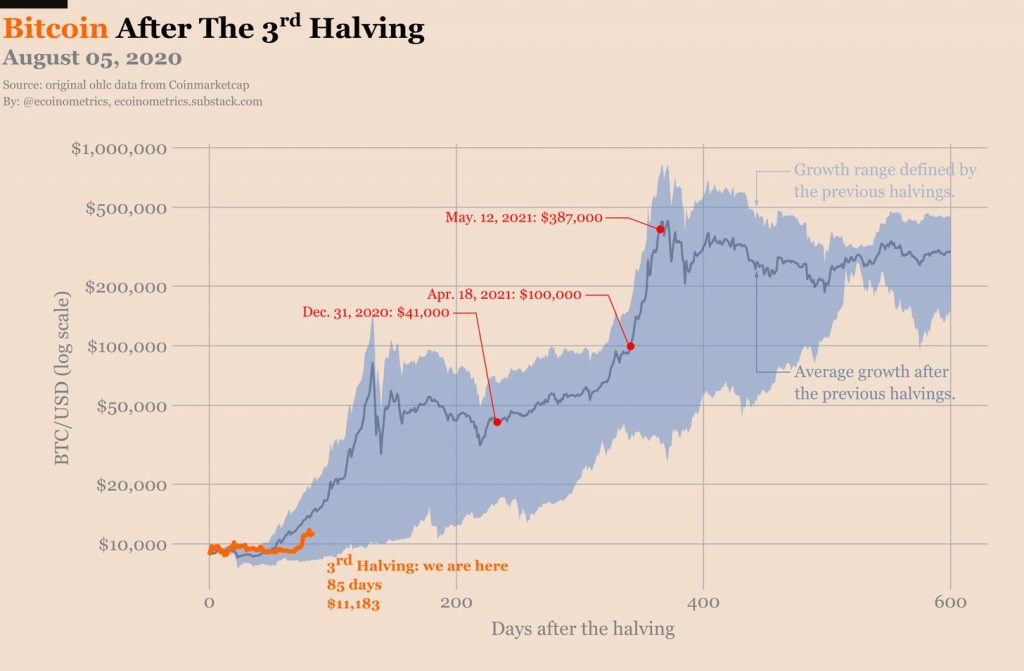 Bitcoin after the 2020 halving | Source: Ecoinmetrics

Another report from Ecoinmetrics looked at the possible growth trajectory for Bitcoin based on its current halvings, in light of the past few halvings. This trend would place Bitcoin as high as $41,000 by December 2020, and at $100,000 by April 2020. Again, this is purely based on how the market moved following the halvings of 2012 and 2016, and the current market has changed since then, but it would be prudent to look at these numbers before selling fast.

Yes, there’s a need to sell, but looking at exchange flows, this need has been surpassed. Although it cannot be ascertained why the need to sell has died down so quickly, especially given how far the price has come in the past few months, but it can be assumed that those who aren’t in the mood to sell have looked at either the 200-day trend, or the halving growth trajectory, or perhaps some other investing strategy and have decided this isn’t the right time to sell.