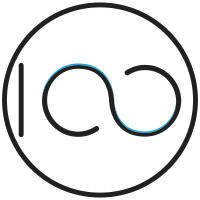 Hundred Finance is a decentralized application (dApp) that enables the lending and borrowing of cryptocurrencies. A multi-chain protocol, it integrates with Chainlink oracles to ensure market health and stability, while specializing in serving long-tail assets.

Users of Hundred Finance are able to lend select cryptocurrency assets and borrow against their loan-to-value ratio, earning variable interest on the supply side and accruing it on the borrow side. The act of borrowing sends the desired asset to the user’s wallet, while supplied tokens are represented there as hTOKENS, (eg. hETH, hUSDC, etc.). These hTOKENS can be redeemed at any time for the original asset plus any accrued interest.

Interest rates on Hundred Finance are calculated automatically and expressed per token as an annual percentage yield (APY). These rates adjust on a by-block basis in response to demand for a particular asset and liquidity available to supply that demand. This encourages users to stake funds when demand increases, helping to maintain ongoing market health.

Changes in the market value of assets being borrowed and lent, as well as the accrual of interest, can result in the value of supplied assets no longer sufficiently collateralizing obligations on borrowed assets. Once the collateralization of a debt position falls below a certain level, an account using Hundred Finance becomes vulnerable to liquidation. The liquidation process entails its assets (hTOKENS) being claimed (plus a liquidation penalty) by independent liquidators in return for repaying the account’s debt until its collateralization ratio has returned to a healthy level.

The Hundred Finance platform has its own token, HND. Once sufficiently distributed among users, the HND token will allow protocol decisions to be made in a decentralized manner through its implementation in governance. Its distribution to users based on their provision of liquidity to the protocol also incentivizes interaction and assists in bootstrapping the Hundred Finance project.