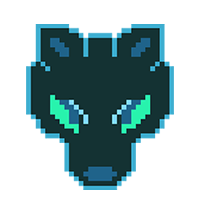 If you would like to know where to buy Shiryo at the current rate, the top cryptocurrency exchanges for trading in Shiryo stock are currently MEXC, BitMart, LBank, and Uniswap (V2). You can find others listed on our crypto exchanges page.

Shiryo is a blockchain incorporated Play-to-Earn trading card game which utilizes NFT's to allow players to collect decks and participate in matches. It is set in the world of Edrea, a continent with its terrain divided into four elemental factions; Earth, Thunder, Water, and Fire. Players will be able to participate in matches, tournaments and even purchase land through the bespoke Shiryo Dapp accessed via the token’s website.

By the recently released extended whitepaper, the initial community-led beta tests for the game will be performed in Q1 2022, with a full game release planned shortly after. The roadmap also details other upgrades including 3D Metaverse integration, a social spaces upgrade, and land expansion options. By the end of 2022, there will be a DAO for players to decide exactly how they want the game to be balanced, a manga, an anime, and a Shiryo TCG mobile app.

Shiryo Trading Card Game will be launched with 200 unique cards, each with an industry-standard quality of artwork. 50 cards will be given to players for free, allowing them to immerse themselves in the world of Shiryo and start playing. 150 cards will be obtainable as NFTs with tiered rarity: Common, Uncommon, Rare, Legendary, and Mythic. The cards are sold in packs of 5 each.

On top of that players can acquire in-game game Avatars.

The world of Shiryo has in-depth lore, depicting past and present events in its timeline.

The story will be further expanded with the release of Shiryo manga and anime.

To immerse players in the world, Shiryo team is creating a metaverse called The Shiryoverse. Players will be able to own part of the Edrea continent, bulid various structures on their land. 3D Shiryo environment is being built so that metaverse explorers can visit their land with their VR headsets, could enter social spaces, and talk to other players in the future.

What is the Shiryo-Inu token?

Shiryo-Inu is a token that fuels the whole Shiryo ecosystem and is used as a currency for in-game assets and services.

10% of each sale of an in-game asset is used to burn the token, permanently reducing the supply.

Shiryo-Inu Holders will be able to:

SHIRYO is built by an experienced group of over 50+ members. The SHIRYO team consists of a number of highly qualified blockchain developers, designers, marketers, and community managers with many years of experience in developing DeFi and NFT products. The core part is listed on the website in the Team section.

Shiryo is led by Jordan Fung, CEO and visionary for the project, Jordan has appeared in several video interviews with both prolific blockchain enthusiasts and the Shiryo community alike. His background is in web design and development and he is an avid blockchain enthusiast as well as a passionate TCG player.

How Many Shiryo-Inu Tokens Are There in Circulation?

Shiryo token was launched on October 29, 2021, with 1 quintillion Shiryo-Inu tokens created at genesis. 95% of the supply was added to liquidity on Uniswap, and the remaining 5% was reserved by the team for future listings and airdrops.