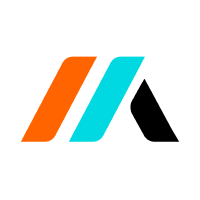 If you would like to know where to buy MUX Protocol at the current rate, the top cryptocurrency exchanges for trading in MUX Protocol stock are currently MEXC, Uniswap (V3), PancakeSwap (V2), Jubi, and Hotbit. You can find others listed on our crypto exchanges page.

MCDEX is a decentralized exchange (DEX) for futures built on the Ethereum layer-two scaling solution Arbitrum and Binance Smart Chain. According to the MCDEX team, it is designed to prioritize censorship resistance, security, and self-custody. Trading is permissionless, meaning anyone can trade, provide liquidity, or create new markets at will. Instead of using a traditional order book model, MCDEX uses an automated market maker to provide liquidity for traders. This allows MCDEX to solve the liquidity problem by allowing anyone to provide liquidity and make a reasonable profit doing so. The protocol’s declared goal is to allow anyone to create perpetual markets and trade in them, which is why there are several market participants on MCDEX: AMMs, operators, liquidity providers, traders, keepers and delegators.

Who Are the Founders of MCDEX?

MCDEX was launched by Liu Jie, who used to be a developer at Chinese tech giant Baidu. He developed a distributed system and created a distributed database called Doris and a mining software called Minerbabe, a management tool for GPU mining. He launched MCDEX in 2019 and a V2 version in 2020, which was plagued by liquidity issues. The current V3 version is the latest iteration and backed by several renowned investors like Delphi Digital, Alameda Research, and Multicoin Capital. In addition to raising $6M from institutional investors in 2021, MCDEX also raised $1M from its community.

The V3 version of the MCDEX perpetual futures product launched on BSC and Arbitrum and allows users to enjoy excellent liquidity while paying minuscule fees. Users can trade up to 500ETH or 40BTC without any slippage with up to 25X leverage on Arbitrum. Moreover, they enjoy all features of centralized exchanges, such as stop-loss and limit orders. Trading is only possible through automated market makers.

Another unique feature is the permissionless creation of markets. The role of creating markets and setting the initial parameters, such as the margin rate and AMM risk parameters is fulfilled by operators. Operators also need to pay for or provide oracle services. By creating markets, they can profit from trades by charging management fees.

The final roles in the ecosystem are keepers, who can take over accounts with insufficient margin and liquidate accounts that fall below the margin. Delegators can operate accounts but cannot withdraw from them. The goal of delegators is to separate hot and cold wallets and realize the custody of trading strategies.

Check out dYdX (DYDX) — one of the most popular decentralized exchanges.

How Many MCDEX (MCB) Coins Are There in Circulation?

How Is the MCDEX Network Secured?

MCDEX has an ongoing bug bounty with Immunefi of up to $100,000. The protocol is DAO-governed and was audited by Quantstamp and Certik. After several months of testing, the MCDEX V3 was finally launched on Arbitrum and BSC. MCDEX is an ERC-20 token on Ethereum.

Arbitrum is a popular layer-two solution that works with optimistic rollups. These rollups take the bulk of the computational workload off the Ethereum mainnet, at the expense of vastly increased withdrawal times.

Where Can You Buy MCDEX (MCB)?

Our most recent articles about MUX Protocol: