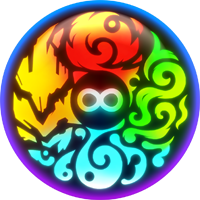 GensoKishi Online Metaworld or "Genso" for short, is a GameFi and metaverse incarnation of the award-winning Nintendo Switch/PS4 game “Elemental Knights”. The iconic game has a 14 year history and has accumulated a total of 8 million downloads worldwide. It already has a 3DMMORPG game with active users, with a fully-functioning 3D metaverse, that simultaneously connects users from around the world, be it smartphones, PCs, or video game consoles. The development team behind the development has a brilliant track record, having developed online games and prominent MMORPG titles for 20+ years.

Our metaverse has a 13 year history. We have allowed users to come in and generate their own skins, characters, maps, and weapons for the past 13 years. Now, on this GameFi version, all these items will now be registered on the blockchain to be transferred, sold, and bought as NFTs. What's important, is that we've refined the UI/UX in which users come in and design their original content through the entirety of this game's existence. That is why the designability and usability of the NFT designing screen will be undoubtedly high.

Development will first focus on transferring our already existing MMORPG world onto the Blockchain to form the basis of the in-game economy. In this phase, the mechanism and framework for the production, sale, and distribution of in-game items, currencies, and characters will be completed.