Origins of blockchain and distributed ledger

Origins of blockchain and distributed ledger 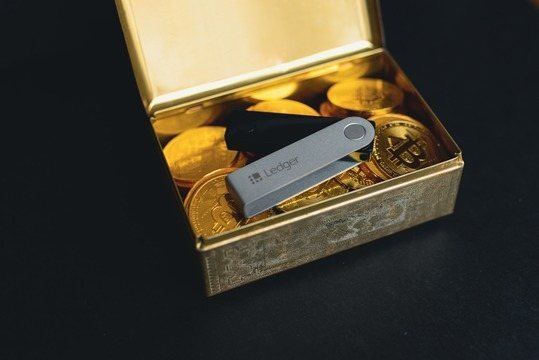 In a conventional marketplace, intermediaries supervise the transfer of assets. A bank manages the transaction, for instance, when you get paid. The bank authenticates the check, makes sure the employer has the necessary funds in their account and logs the transaction. You can check your bank statement to find that you have a slight increase in wealth; this ledger or record keeps track of the transaction and the resulting wealth shift. A central organization, like a bank, often has exclusive control over this ledger for transactions.

The best way to guarantee the security of the ledger has historically been to hand over management of our transactions to a centralized authority, although doing so demands a tremendous level of confidence. Consider the case where your employer held the ledger as opposed to the bank. Your employer might fabricate information about your compensation and falsify paperwork to prove it. Both participants in the exchange should share control of the ledger due to the security risk. For the majority of history, entrusting a neutral middleman with the ledger and hoping that this middleman would faithfully keep the ledger was the best strategy to avoid this form of fraud. To put it another way, historically a transaction involving two parties was carried out and recorded by a third-party organization.

Central ledgers are no longer the only practical alternative for transferring our assets, though. Now that distributed ledger technologies have been developed, we can safely receive our paychecks without having to rely on a bank.

Blockchain and other distributed ledger technologies (DLT) are peer-to-peer networks that let many users keep their exact copies of a single shared ledger. DLTs enable their members to securely validate, carry out, and record their transactions without depending on a middleman, as opposed to requiring a central authority to update and distribute data to all participants.

Although there are many different DLTs available, they all share the same fundamental components: a distributed ledger that can be public or private, permissioned or permissionless, a consensus algorithm to guarantee that all copies of the ledger are identical, and a framework for incentivizing and rewarding network participation.

Distributed ledgers can fall into one of two categories: "private" or "public," "permissioned" or "permissionless," or any mix of the two.

Private / Permissioned: There is no decentralization in a private / permissioned network. Both the programs and the network nodes that run them must be asked to join the network and satisfy specific requirements or present some sort of identification. Any party may also be terminated at any moment and without prior notice.

Applications running in production must be invited to join the network and are subject to removal at any time without prior notice when they are set to private or permissionless. The nodes that make up the network and operate the aforementioned applications are free to join and participate, usually in return for the native coin of the network.

Public / Permissioned: Enables the deployment or removal of applications without the need to notify anyone, expose their name, or satisfy any application criteria. The nodes that make up the network and operate the aforementioned applications must be asked to join.

The most decentralized network is public or permissionless. Applications do not need to notify anyone, expose their name, or adhere to any application criteria to be put in production or withdrawn. The network's nodes can also join and participate freely and anonymously, usually in return for the native coin of the network.

The ledgers must all be similar even though each node on a permissioned or permissionless distributed ledger keeps and updates its copy of the ledger. Imagine, for example, that the cashier's ledger shows that you have $1, while your copy of the ledger shows that you have $100. It would be extremely challenging, if not impossible, to purchase a candy bar because of this disparity. Participants in the network could not conduct transactions without identical ledgers.

There are numerous alternative consensus methods available, each with a unique set of benefits. A simple vote is conceivably the simplest algorithm. This technique allows each node to independently determine how they believe they should update their ledger depending on the information at their disposal. After then, every node transmits this data to every other node. At this stage, each node in the network has access to every other node's decision as well as their own. The nodes then determine whether the vote was a majority or plurality, and they all update their ledgers by this democratic decision.

The simple vote is practical and understandable, yet it is ineffective when used widely. The amount of bandwidth and processing power needed to reach consensus increases exponentially with the size of the network since each node must send its vote to every other node. In other words, the network's efficiency plummets drastically with every added node. Many different consensus algorithms (voting-based consensus, economy-based consensus, and more) have been devised to better suit the need for big, effective, and trustworthy peer-to-peer networks since DLTs become safer and more transparent as more nodes are added to the network.

DLTs demand a substantial amount of processing power per transaction to execute their consensus algorithms. DLTs divide this computational cost in the same way that they distribute ownership of the ledger to each participant. For the consensus, a procedure to run, and transactions to be processed, every node must contribute processing power. Naturally, computer power has a cost.

DLTs generally reward active membership with cryptocurrency to reimburse individuals for their labor and encourage future engagement. A virtual, encrypted token called cryptocurrency can be traded across a decentralized network. These coins can be acquired by network participation, traded, or bought.

While cryptocurrencies lack intrinsic worth (much like fiat money), they may nonetheless be useful to network participants since they are required for swift, secure, and cost-efficient activity throughout the decentralized network. These coins are in demand because they are useful as money. Participants are thereby motivated to provide computational resources to the network. Not only is their labor paid for in cryptocurrency, but as the network expands and more developers create practical applications on the distributed ledger platform, the value of that money can increase.

NFT Labs is a web3 company exploring big ideas in community, utility and engagement to push the crypto, NFT and metaverse space forward. To learn how your organization can participate in the web3 revolution, write to us at hello@itsmyne.club.

We’re backed by leading blockchain institutions including Longhash Ventures, Antler, Oracles Investment Group, and Shima Capital among others. NFT Labs is also the issuer of the MYNE token ($MYNE), a BEP-20 utility token for Itsmyne and partner applications. MYNE serves as the gateway between traditional social media and blockchain-based social economies.

The price of Bitcoin (BTC) has risen 1.69% over the last 24 hours, but is this rise in price a temporary boost before a new low?

Is the centralized corporate governance model about to end? DAO projects have become more and more widely used systems. Discover why here.