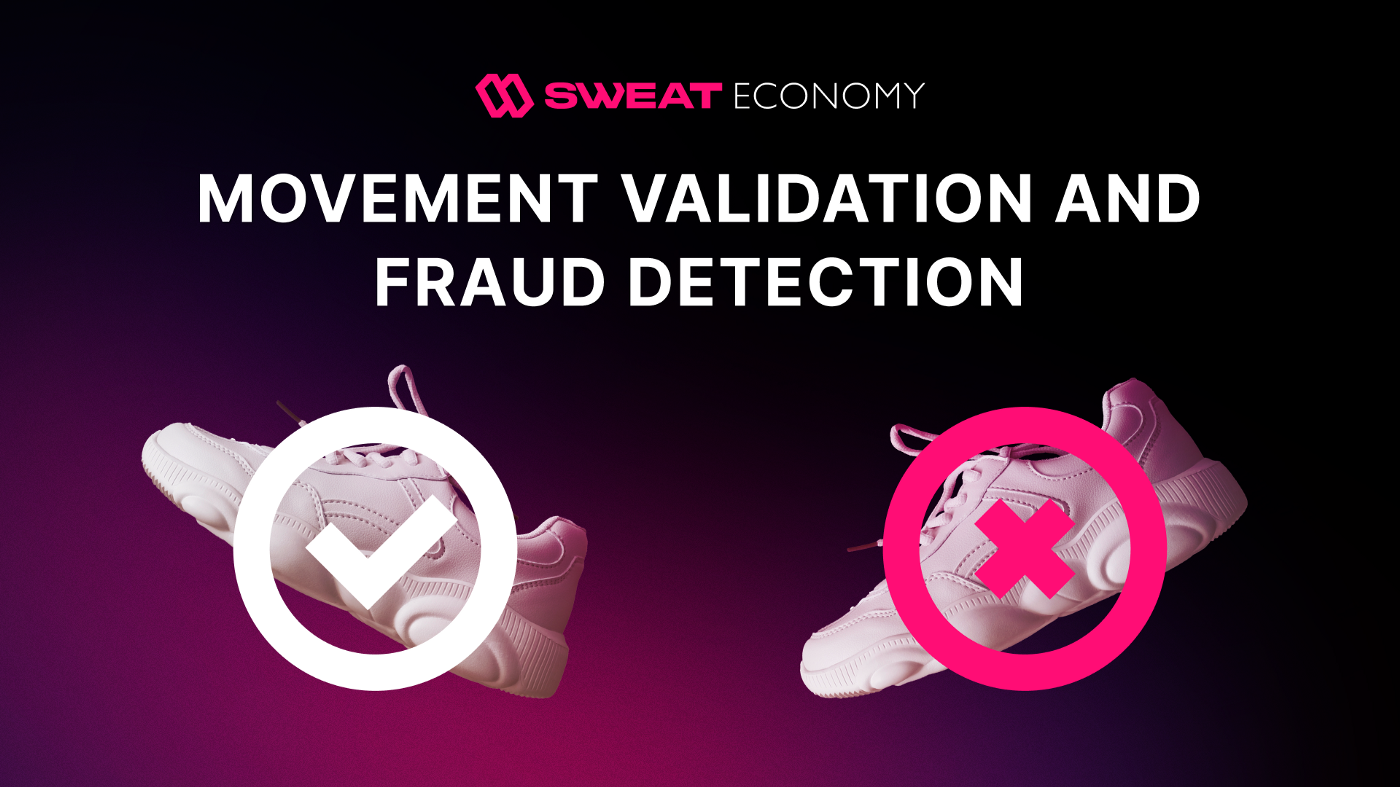 SWEAT is a cryptocurrency minted directly by movement. As such, significant measures have been taken to ensure the authenticity of movement used to mint SWEAT.

Since 2016, our team has developed a very sophisticated movement validation system. It is nearly impossible to completely prevent fraudulent physical activity, but the validation system we have developed is incredibly adept at doing so.

It is worth emphasizing that the Sweat Wallet — the wallet you use to access your SWEAT — is not directly handling fraud detection when it comes to movement data.

Sweat Economy has been designed as such: Sweat Wallet is the hub where minted SWEAT is held and used. The movement data that is used to mint SWEAT directly on-chain does not come from within the wallet. Instead, this comes from another application. This will allow the future facilitation and onboarding of new Movement Validators to decentralize the network and expand the kinds of movement people could mint SWEAT for. This is still quite a few years away. In the interim, the Sweatcoin App will function as the  Movement Validator for steps.

Users can only mint SWEAT with their first 5,000 steps in a day. The rate of minting difficulty has already started increasing after TGE, and so those 5,000 steps will mint progressively fewer SWEAT. This is hard coded in our smart contracts. At the time of writing this, 1 SWEAT = 1,025.52 Steps.

This model therefore forces fraudsters to scale horizontally into hundreds or thousands of accounts to justify their operation. Sweatcoin requires genuine Apple and Google accounts, each account also requires a unique device. This ensures that horizontal scaling is expensive and acts as an inhibitor for nefarious designs.

Phone telemetry entails a process whereby your data is transmitted from data from your phone’s movement to SweatCo Ltd who run the fraud detection service. Telemetry gives strong signals to our team for the need of manual intervention and review of the account. We will not provide further details, as this can actually aid hackers, but rest assured that it is a robust anti-fraud process.

The Sweatcoin Step Verification Algorithm (™) is a mechanism that validates steps to filter out the shakes and bumps — which are not real steps — while also recognizing cheating. The algorithm analyzes your movement data and takes out the invalid steps. Once it’s done, all remaining verified steps are used to mint SWEAT (for your first 5,000 steps a day, anything beyond creates sweatcoins.)

While users — and fraudsters – may see an increase in their ‘step count’, these will not necessarily convert into sweatcoins, or SWEAT.

The Movement Validator is constantly being evolved. The model analyzes every single step that arrives from our users and, in case of any doubt, the team will then go ahead and conduct an investigation. If fraud is confirmed, the case is added and inputted into the model, and fed into a further anti-fraud model.

The anti-fraud model receives inputs from all aforementioned levels of defense and analyzes for patterns and connections between accounts that might indicate fraudulent activity. Any corresponding accounts and networks are then flagged for review, this is also consistently being refined.

The fifth and the most important defense is, and always will be, our community. Together, we will ensure that SWEAT is minted by genuine physical activity.