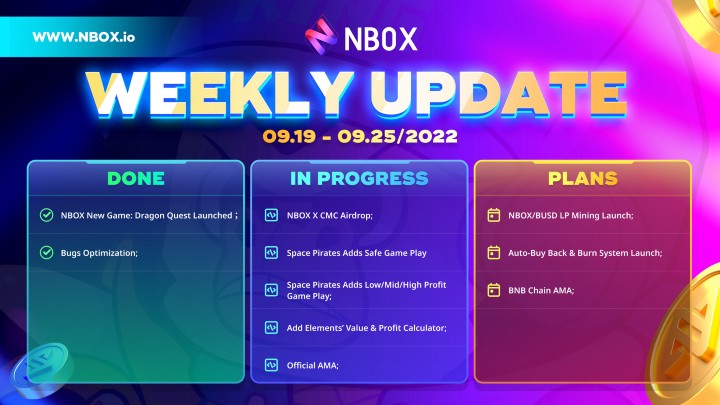 We hope you are enjoying the game just as much as we are!

Read along and check what new we have for you guys in this week’s update!Let’s have a look below⤵️

📖Highlights from this week’s news are here⬇️⬇️

1️⃣Players can use 1 BUSD and 1NBOX to attack the BOSS for rewards and receive a BOSS fragment for a lucky draw after defeating the BOSS;

2️⃣Up to a maximum of 200 BUSD Force vouchers to be WON! The vouchers can be used to increase 200 BUSD in Force Value, or converted directly to 100 BUSD;

3️⃣During the event, newly registered users will receive a free N-Guard when they attack the BOSS. This is purely on a first come, first served basis.