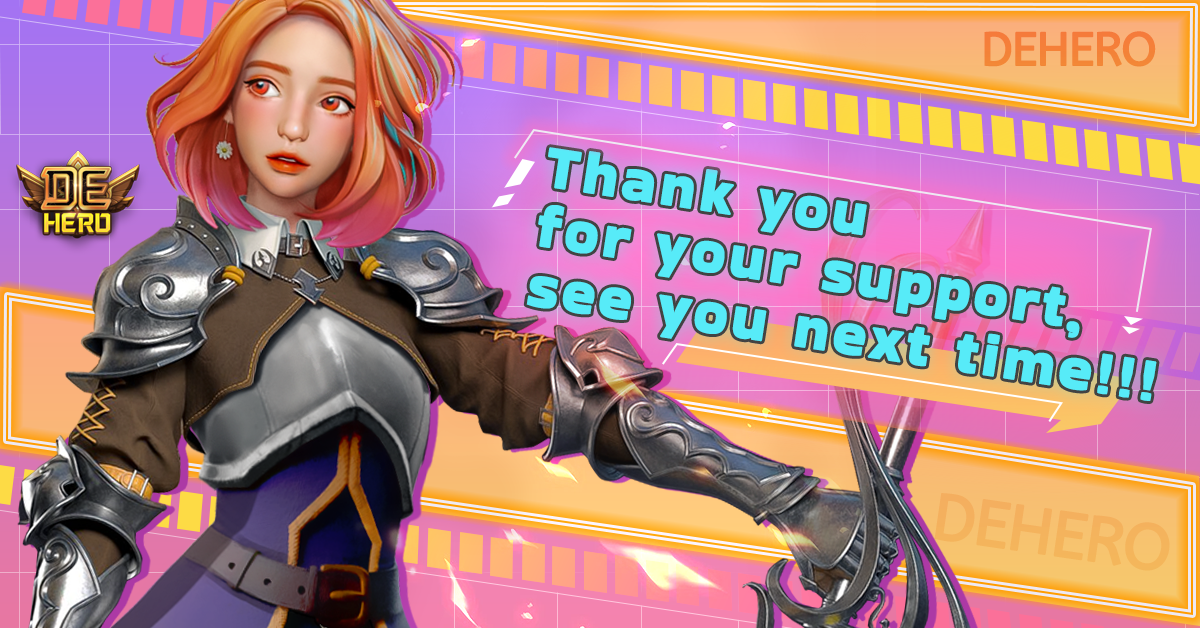 The beta test was successfully completed thanks to the help of all of our devoted players. Despite the rough voyage, the player’s firm support made everything a lot simpler.

During this CBT, around 20,000 users visited our official website. Nearly 25% of players met the condition to receive clearance rewards and the most skilled players have already completed Chapter 6—Death Desert. The list of winners was revealed in our official community. On behalf of DeHeroGame's team, I congratulate them on a job well done!

Our main goal is to satisfy players. New dungeon gameplay was added to DeHeroGame in this CBT. According to our survey, 93.93% of players showed satisfaction with it. We are deeply inspired by this affirmative result.

As a native web3 game, we dedicate ourselves to facilitating access for all users. Participants of this CBT have a choice between Unipass and MetaMask to log in. Unipass, an important partner of MixMarvel, accommodated a comprehensive decentralized account solution and data tracking for DeHeroGame. The former allows users to enter the web3 world with their email address without paying any gas fee. It offers a novel experience for web3 users in addition to being user-friendly for typical web2 users. More than 75% of players chose it as a log-in method during this CBT, which proved to be a successful attempt. We are committed to continuing our exploration to make the web3 world more accessible.

In the meantime, throughout the latest two tests, we witnessed numerous web2 users entering our game to test out our gameplay. We are confident that when DeHeroGame is officially launched on Rangers mainnet, more users will enter DeHeroGame and embrace the new WEB3 world.

Lastly, many players shared their highlights in the game with us. Let's relive those wonderful moments together!

DeHeroGame is a blockchain game published by MixMarvel with a global heroic fight as the background, and it was first released on RangersProtocol. Rich hero development and combination of professions and skills, train different heroes from various parallel worlds. Reasonably allocate different heroes to challenge nearly a hundred dungeon levels of different difficulty, and start an adventure in a different world.