The Power of Play-to-Earn Gaming: Elevate and Empower

The Power of Play-to-Earn Gaming: Elevate and Empower 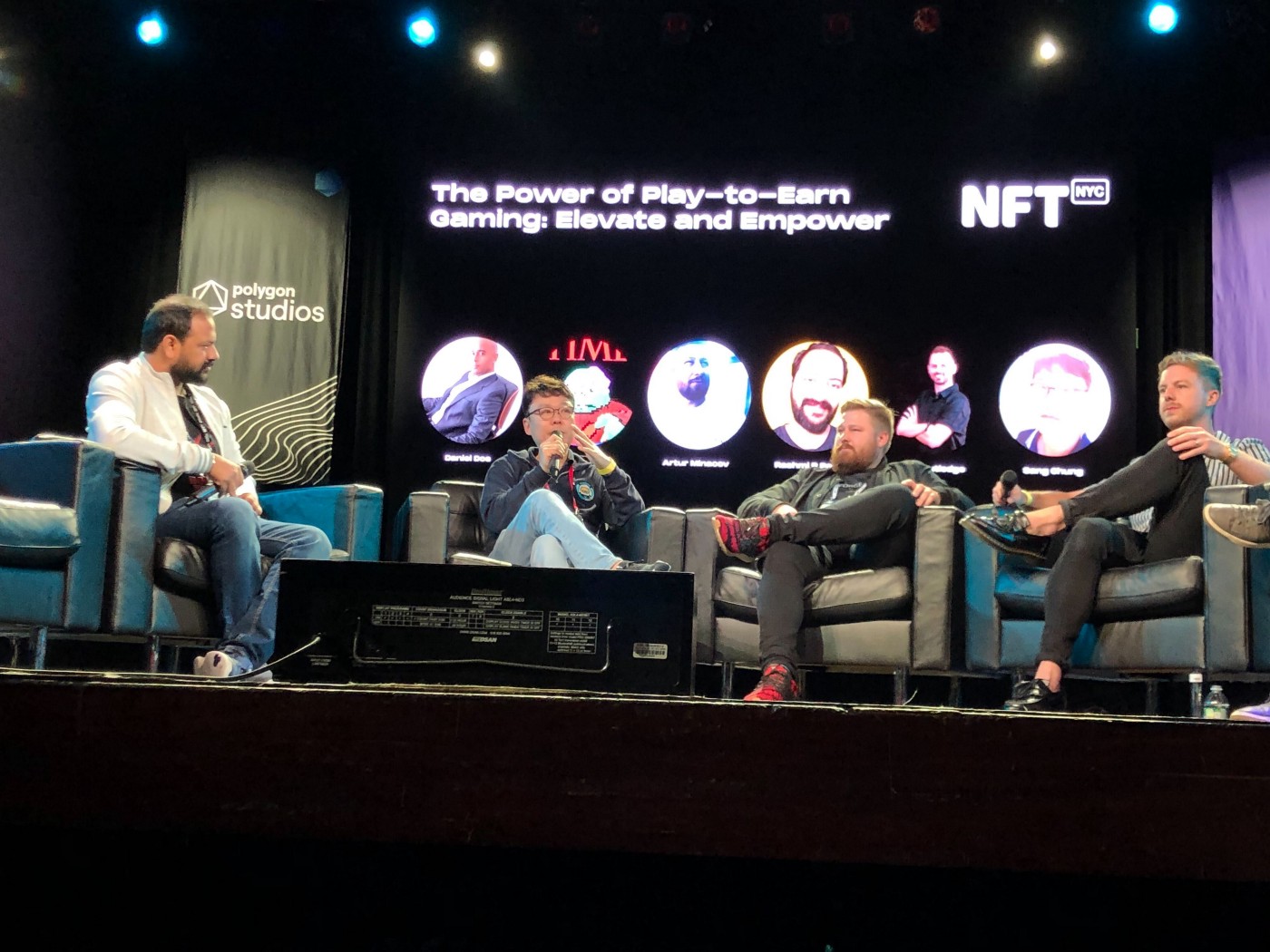 In recent years, Play-to-Earn(P2E) gaming has exploded in popularity. These P2E games offer a unique and engaging way to earn rewards while having fun.

2 weeks ago, PlayDapp participated in NFT.NYC conference, which hosts dozens of panel discussions with over 5,000 cryptocurrency and NFT enthusiastic attendants. At the NFT.NTC, PlayDapp operated a booth from June 21st to 23rd to engage with partners and customers.

In addition, Sang, head of the business department, spoke about the power of P2E gaming in the panel discussion with Matthew Howells-Barby, a CMO of Decentral Games, Matt Rutledge, a co-founder of BAYZ, Artur Minacov, a CEO of Cen-E Studios, and more.

In his talk, Sang explains how the power of P2E gaming is in its ability to elevate and empower users. The mechanics of a game where users would do certain actions within the game and be rewarded with in-game items has always been around. P2E is an evolution of this.

Not only does it give users a sense of ownership and responsibility for their in-game items, but it also allows them to earn real-world rewards. In a world where so many games are pay-to-win, P2E provides a much-needed breath of fresh air. It is a new way of gaming that not only encourages users to keep playing but also gives them a reason to do so.

PlayDapp’s P2E games are easy for non-crypto gamers because they can easily use their social account or existing google account to log in and create a wallet. It allows them to join P2E games right away. We start with simplifying things and then move forward from there. P2E gaming is changing the gaming landscape, and we are excited to be at the forefront of this evolution.