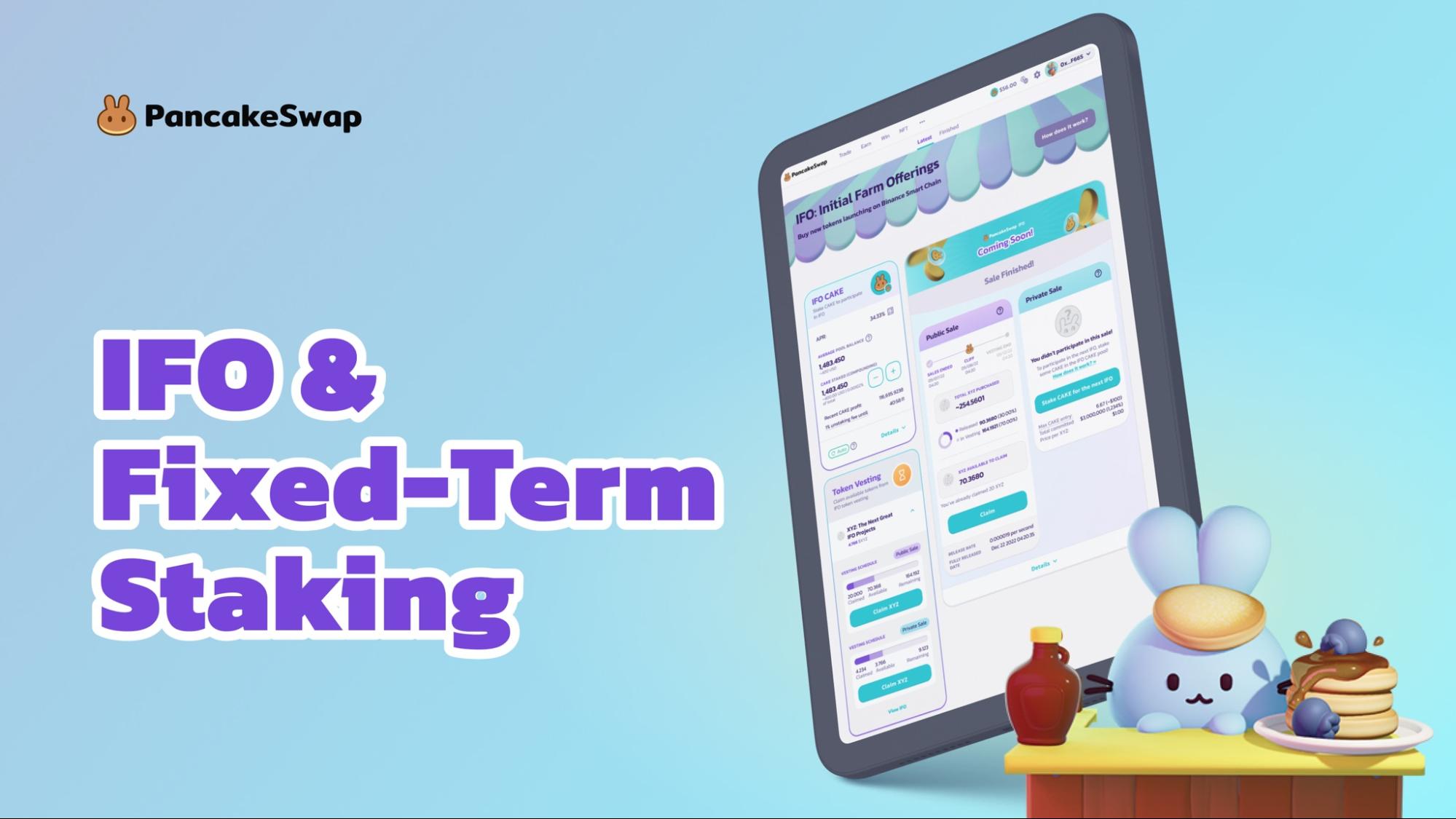 On top of that, we are bringing further improvements to the IFO experience.

And lastly, we also have some updates to our fixed-term CAKE staking pool, which allows users to stake extra CAKE in the flexible pool when doing fixed-term staking.

iCAKE is similar to “IFO credits” from the previous IFO CAKE staking pool, which was retired during the MasterChef v2 migration. After this update, iCAKE will determine the maximum CAKE commit limit in the PancakeSwap IFO public sales.

For example, if you have 200 iCAKE, you will be able to commit 200 CAKE in any upcoming IFO public sales.

iCAKE is NOT a new token, it is a numerical metric being used by the PancakeSwap IFO system.

iCAKE works based on a staking duration threshold for all iCAKE users.

If your staking duration is below the threshold, the number of iCAKE you have will be linear decreased and adjusted.

If your staking position is ended, the number of iCAKE you have is 0.

For example, if the threshold is 20 weeks:

Between each IFOs, the kitchen will optimize the threshold based on the average staking duration of the fixed-term staking CAKE pool. The adjustment will be published on all social channels.

To learn more about iCAKE, check out the documents here.

Token vesting will vary in each IFO depending on what will bring optimal results, keep your eyes peeled for the upcoming vested IFO!

Token vesting enables us to raise larger amount of tokens from IFO projects, since having vestings allows projects to have better tokenomics – there will not be a relatively large amount of tokens released into circulation at one go, which is in effect a supply shock.

What this means is that the average PCS user will be able to have a larger IFO allocation that would otherwise not be possible, and we are also able to provide IFO projects with a way to better support effective tokenomics.

How to claim purchased tokens from an IFO with vesting?

If an IFO has token vesting, the details and rules of the vesting will be elaborated in the vote proposal. Be sure to check and get familiar with the vesting schedule before committing to an IFO. You can also click this button in the detail section of an IFO sale to check the proposal directly.

Once the IFO sale is finished. A vesting interface will be presented in the IFO sale section. You can find all the useful information about the entire vesting schedule. Including but not limited to:

You can click the “Claim” button to claim any available tokens.

On top of that, any IFO you participated with token vesting will be shown in the new “Token Vesting” card on the IFO page. You can also claim any available token on this card by simply clicking “Claim”.

The icing on top - Side Pool

Stake CAKE in the flexible pool while doing fixed-term staking