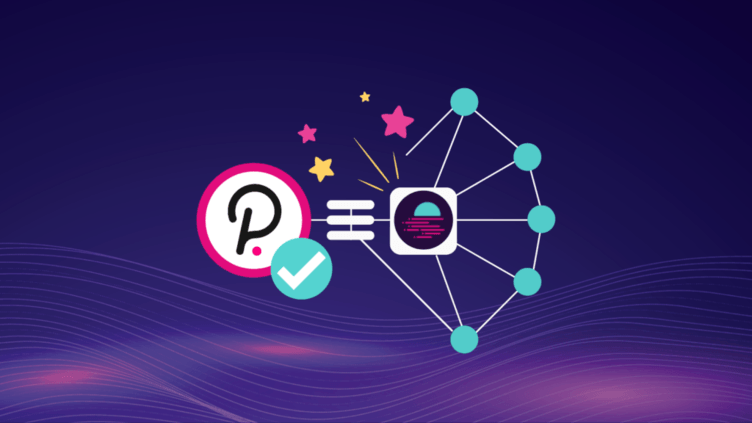 After great anticipation, Moonbeam, the fully Ethereum-compatible smart contract platform on Polkadot, has completed its launch process to Polkadot. Upon this launch, Moonbeam became the first fully operational parachain on Polkadot, opening the door for the 80+ projects in the Moonbeam ecosystem to deploy. Moonbeam is expected to bring significant activity to Polkadot in the same way that its sister parachain, Moonriver, brought DApp deployments and usage to the Kusama network.

The Moonbeam launch process gradually introduced new functionality over three weeks, beginning on December 17. Once the block production and decentralization was implemented and verified to be running smoothly, the team proceeded to the final phase of launch, during which the super user key (Sudo) was removed, the EVM and balance transfers were enabled, and the active set of collators was increased to 48. Balance transfers allow users to start staking with collators, claim crowdloan rewards, and serve as active network members by participating in the onchain governance system.

The launch follows a broadly supported crowdloan campaign hosted by the Moonbeam Foundation, which received over 35M DOT (~$944M USD at the time the crowdloan ended) contributed by over 200,000 supporters around the world. Moonbeam’s crowdloan had both the largest number of contributors and the highest amount of DOT received by any parachain.
The first 30% of crowdloan rewards, totaling 45 million GLMR tokens, have been distributed to participants based on the percentage of their contribution to the overall contributions received. The remaining 70% (105M GLMR tokens) is vesting linearly over the 96-week parachain lease period. Since the lease period began on December 17, 2021, there are already three weeks of vested GLMR tokens that contributors can claim. This works out to an additional ~2.6% of the pool or 3.9M+ GLMR. Distributed tokens can be viewed through the Moonbeam Foundation DApp, and any tokens vested to date can be claimed there as well.

The weeks that follow the launch are expected to include the deployment of a variety of infrastructure projects including bridges, multisignature support, The Graph, Chainlink oracles, and more.

Now that GLMR tokens are transferable, users can connect Moonbeam to MetaMask to use them. While the Moonbeam experience should be similar to the experience on Moonriver, here are several new tutorials to help you get connected to Moonbeam:
Join the Moonbeam community in celebrating the launch by using the hashtag #MoonbeamLightsUp.
The Moonbeam team will continue to work to ensure the network’s decentralization, stability, and security. Sign up for the newsletter or follow Moonbeam on Twitter to get the latest updates and information on projects deploying to the Moonbeam parachain.
For crowdloan information and token distribution information, visit moonbeam.foundation.

About the Moonbeam Network

Moonbeam is an Ethereum-compatible smart contract platform on the Polkadot network that makes it easy to build natively interoperable applications. This Ethereum compatibility allows developers to deploy existing Solidity smart contracts and DApp frontends to Moonbeam with minimal changes. Following Moonriver’s tremendous success on Kusama as the most active deployment destination for over 80 DApps, Moonbeam benefits from the shared security of the Polkadot relay chain and integrations with other chains that are connected to Polkadot. Learn more: https://moonbeam.network/.

Why You Should Keep an Eye on Sifchain

Sifchain is making big moves to be the first on Cosmos to connect to the top 25+ blockchains.

DeFi Innovates At A Blistering Pace As Regulators Take Action

a year ago
•
6 mins read
GameFi

One Chain to Connect Them All

a year ago
•
4 mins read
See all articles