What Is Efinity (EFI)?

CoinMarketCap takes a deep dive into Efinity (EFI), a cross-chain NFT blockchain developed by Enjin that aims to facilitate the transactions of NFT in all major industries. 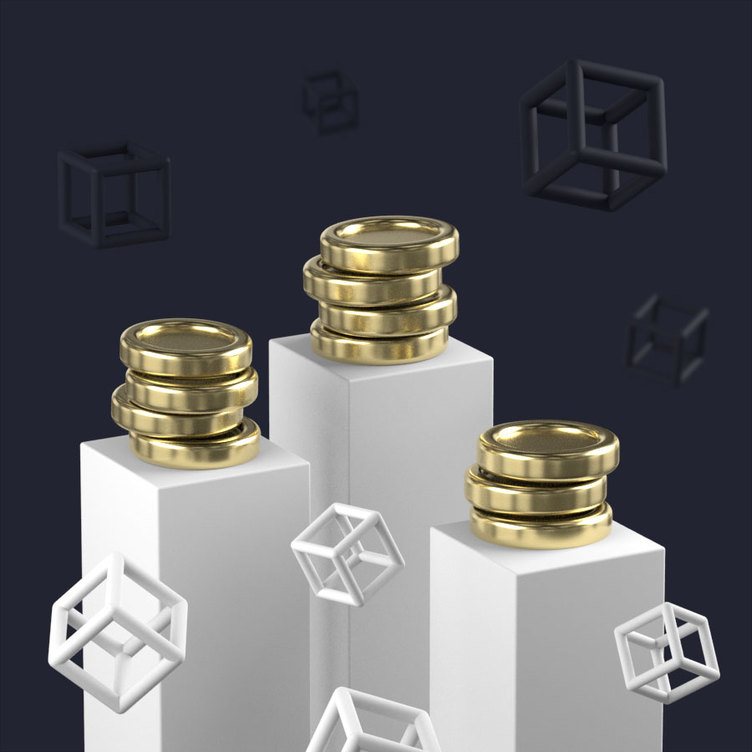 Enjin, the company behind the multibillion-dollar Enjin Coin, has now launched a new initiative called Efinity (EFI). It aspires to be a next-generation blockchain for NFTs, with minimal fees and rewards for ENJ holders, thanks to Polkadot technology.
Subscribe

Maxim Blagov and Witek Radomski established Enjin in 2009. They gradually expanded their initial product, the Enjin Network, to over 20 million players globally.

A significant barrier to NFT adoption is Etheruem's high fees and lengthy transaction times. A user must have ETH and be tech-savvy enough to set up a MetaMask wallet financed with Ethereum to purchase an NFT, which can cost up to $100 in fees depending on blockchain congestion. All of these impediments to entry make it difficult for the typical consumer to purchase and engage with NFTs.
Enjin Coin was established in 2017 by Enjin, a software business that formerly focused on making a blockchain plugin for  the computer game Minecraft as a means to back NFTs with a physical asset, providing them a value floor. They also developed the ERC-1155 token standard, which lets developers generate both fungible and non-fungible tokens in the same contract, reducing gas costs and increasing developer flexibility.
Efinity was designed by Enjin to be a cross-chain NFT blockchain that allows for ecosystem interoperability, incentives for people that engage with NFTs and a consistent user experience.

What Is Efinity (EFI) Parachain?

Enjin is designing Efinity on Polkadot in conjunction with the Web3 Foundation. The Efinity blockchain is a parachain with a consensus algorithm based on Polkadot Relay Chain validators, allowing Efinity to have its own economic framework, data and state.

Transactions are handled by the Efinity parachain's collator nodes, and the network distributes EFI to stakeholders. Security, on the other hand, is handled by Polkadot's Relay Chain validators, which implies that Efinity users are not charged for validation.

How Does Efinity (EFI) Work?

In the Polkadot ecosystem, the Efinity blockchain will function as a parachain. This implies that Efinity will be one of a hundred blockchains that can communicate with one another due to Polkadot's interconnection technology, allowing developers of other parachains to incorporate Efinity NFTs into their ecosystem while knowing that they will also work in other blockchains.

Enjin is also developing a paratoken, which will be comparable to the ERC-1155 tokens they developed for Ethereum. EFI will be, in reality, the first paratoken. With a confirmation period of six seconds, the Efinity blockchain will be able to process roughly 700 transactions per second.

Efinity will serve as a central point for all fungible and non-fungible tokens. Tokens from any other chain, such as the prominent ERC-721, ERC-1155 and ERC-20 standards, are accepted by the paratoken standard.

Since it will produce network effects by attracting growing numbers of transactions, the network that overcomes the issue of enabling the pricing and exchange of NFTs will inevitably acquire traction.

To get a bid, tokens do not need to be advertised for sale or even exist on the network. In reality, users can be rewarded for initiating bid orders or ask orders and increasing network utilization by initiating transactions that other users can complete.

By encouraging users to begin transactions, this method will automatically encourage buyers and sellers to join the network and produce network effects. Third-party apps that allow transfers inside other platforms such as games or that serve as NFT markets, are expected to expand on this capability.

How Is Efinity (EFI) Unique?

The goal of Efinity is to serve as an NFT highway rather than a general-purpose computing blockchain. The network prioritizes token generation, transfers and purchases.

Ethereum and other blockchains have grown prohibitively costly. To relocate a single token, the ordinary user may have to pay $7 or more.

Efinity's transaction costs are meant to be much smaller, allowing users to focus on their favorite items without thinking about how the network works.

NFTs & the Future of Crypto

A non-fungible token (NFT) is data that is appended to a file to generate a distinct signature. It may be a picture file, music, a tweet, a website text, a physical object or a variety of other digital formats. This essentially implies that someone can possess a digital file that is coded to distinguish it from other digital copies.

The creative community has benefited greatly from NFTs. Artists, musicians and others now have a new source of revenue that does not need them to fight over intellectual property rights (IP). It's also a novel method for investors to put their money to work.

An NFT that becomes popular in the internet world can become extremely valuable. For example, the “Nyan cat meme” was sold for a whopping $600,000, as shown below.

Users who are looking to invest in NFT blockchain tokens like Efinity (EFI) could count on the growing popularity of NFTs to get a huge ROI on their investments — as long as they do their own research and don’t put in more than they are willing to lose!

EFI offers features that are offered by only a handful of NFT marketplaces.

As per EFI’s official whitepaper, Efinity will handle up to 700-1,000 transactions per second (the Ethereum network presently processes approximately 15 TPS). TPS may be increased in the future when the Efinity and Polkadot runtime code is optimized. Transactions are verified in less than six seconds, allowing for the quick reaction times required by mainstream applications.

Before broadcasting, a transaction might contain a fee payer signature, which enables someone else to acknowledge responsibility for fees through a signature. This can prove to be advantageous for businesses and producers that wish to reduce transaction expenses for their customers.

Fuel Tanks are separate accounts that are only used to pay transaction fees. By placing EFI tokens into a Fuel Tank that they control, developers can subsidize expenses for their consumers. Specific tokens, tags, transaction types or individuals can be whitelisted for usage by a fuel tank. In any transaction, the ID of the gasoline tank can be provided. If the criteria of the chosen Fuel Tank are satisfied, the transaction expenses will be covered.

Proposals can be presented by anyone, and EFI token holders can vote on them. Every two weeks, the blockchain governance module will evaluate votes on proposals and existing referendums. This provides at least two weeks to review, then another two weeks to vote to complete the entire process. Existing proposals will either be accepted and added to the blockchain, or rejected. A vote that ends in an exact tie is referred to as a negative vote.

How to Submit a Proposal to the EFI Platform?

The proposal submitter must put up a total of 100,000 EFI as a bond, which can be raised by anybody until the votes are counted. After four governance periods, bonded tokens will be released.

Every proposal must adhere to the Efinity Governance Proposal Standard before being submitted to the blockchain via the Proposal Submission transaction. A maximum of five proposals can be filed for a referendum at any given time.

EFI has a total quantity of 2,000,000,000 tokens. For nominator staking and pools, 15% of the entire supply is set aside. These tokens are given out as a form of reward for helping to manage the parachain over the first 8-10 years.

On genesis, 3% went to the decentralized treasury pool. 15% of the total EFI supply is set aside to autonomously reward collaborators and pools for their important contributions to the network, including network maintenance, transaction processing and the creation of new modules and initiatives to extend the network. This section will be progressively unlocked over the course of several years until the whole token supply has been exhausted.

On the Efinity network, the Efinity Token (EFI) is utilized for all transaction fee payments. The kind of transaction determines the pricing and distribution of transaction fees. Any orders that are filled will be charged a 2.5 percent fee, which will be split among four pools. Developers who mint NFTs can charge a fee for marketplace orders. This can be set to a maximum of 25% of the total price.

As of Aug. 12, 2021, Efinity (EFI) is trading at $1.60. So far, the token's price has increased by about 1.58% in the past 24 hours. With the boom of NFT’s in the crypto community, EFI holders could expect a drastic increase in their holdings; however, NFT tokens share the same volatility factor with other cryptocurrencies.

While the future of anything related to NFTs seems bright, the exact price and market predictions cannot be accurately drawn due to various variable factors in the crypto industry.

Tech Deep Dives
Ethereum: A Visual Look
CoinMarketCap Alexandria takes a visual look at some key Ethereum metrics as the year comes to a close.
作者：Hassan Shafiq
3 days ago
3分钟
Tech Deep Dives
Top 10 Digital Currency Group (DCG) Subsidiaries and Portfolio Companies
CoinMarketCap Alexandria takes a look at the holdings of DCG — one of the biggest venture capital company in the digital assets industry — helmed by Barry Silbert.
作者：Hassan Shafiq
4 days ago
3分钟
Tech Deep Dives
10 A16z Portfolio Companies
A16z has made a name for itself as one of the biggest funds in the game.
作者：Hassan Shafiq
2 weeks ago
4分钟
See all articles