There’s no perfect DEX - but CoinMarketCap Alexandria has chosen the top ten! Let's see if your favorite DEX is on the list! 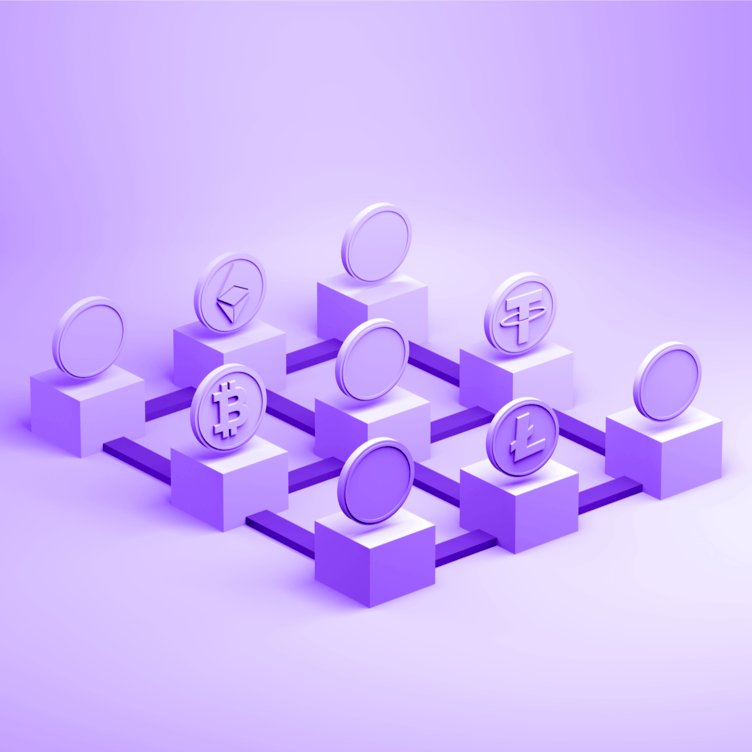 Slow, clunky, unintuitive and downright frustrating. These are some of the first adjectives that come to mind when describing most of these platforms.

But things have come a long way in recent years, and decentralized exchanges are beginning to rapidly encroach on both the utility and usability of centralized platforms — which still remain the dominant way for cryptocurrency users to trade today.

But the gap is closing fast. According to recent data, decentralized exchanges now achieve roughly 12% of the trading volume that centralized platforms do. This number has grown more than 50% in a year and a whopping 800% in the last two years.

DEXs are now responsible for a large chunk of on-chain transaction activity, and in many cases, count among the most popular dApps on their respective blockchains. They also often form the cornerstone for DeFi on many smart contract platforms, helping to provide projects, users, and other protocols with the liquidity they need.
Although most DEXs are still less intuitive than some of the top centralized exchange platforms, they are generally completely permissionless (meaning anyone can use them) and allow users to retain full control of their assets at all times.

Today, we’re going to take a look at the top 10 DEXs currently operating, helping you get a quick overview of the landscape and the range of options that are available now.

In this list, we’ve tried to include the most popular DEXs for each of the main blockchain platforms, as well as a handful of options that operate on multiple chains. Ready? Let’s dive in!

The undisputed King of decentralized exchanges, Uniswap was the first DEX to achieve a level of popularity and trading volume that rivals even some of the best-known centralized exchange platforms.
As one of the first automated market makers, Uniswap allows users to assume the role of liquidity providers by contributing their assets to decentralized liquidity pools. By doing so, liquidity providers share a fraction of the fees their pool generates, netting a passive income.
Since Uniswap launched in November 2018, it’s gone through a variety of upgrades. The third version of Uniswap is now up and running, bringing with it improved capital efficiency, better oracles, and multiple fee tiers.
Since its launch, Uniswap has clocked in more than $800 billion in trading volume, and also hosted one of the most profitable airdrops of all time — rewarding early users with a whopping 400 UNI tokens worth more than $16,000 at their peak.

Despite its whimsical name, PancakeSwap has proven itself to be no joke. The DEX is currently by far the most popular swap platform on Binance Smart Chain and regularly clocks in more than $300 million in daily trading volume.
Like many of the other DEXs on this list, PancakeSwap didn't raise any money in an ICO or IDO. Instead, it was directly bootstrapped by the PancakeSwap team. Nowadays, the platform is funded by the PancakeSwap treasury, which earns 12% of all trading fees as commission.
PancakeSwap supports literally thousands of BEP-20 tokens and also has its own governance token — known simply as CAKE.
Besides its DEX functionality, PancakeSwap also offers a whole host of other features, including an array of yield farms, a Binance Coin prediction market, a lottery game, initial farm offerings, an NFT market, and more.

If you’re primarily held up in stablecoins, then Curve is likely right your alley. The platform provides a powerful swap solution that allows users to trade stablecoins and other close-in-price assets with a minuscule fee of just 0.04% — half of which goes to liquidity providers, and the other half goes to stakers of the CRV token.

Curve was initially deployed on Ethereum in 2017 but has since expanded to several other popular blockchains, including Avalanche, Polygon, and Fantom, as well as several layer-2 solutions.

Despite its retro aesthetic, Curve has blazed the trail for the DEX industry, and now clocks in several billion dollars in trading volume each month.

Whether or not you’re a fan of Sushi, SushiSwap likely has something to interest you. The DEX is a modified fork of the popular Uniswap protocol and allows traders to swap assets across more than a dozen different blockchains and layer-2 platforms.
The platform was one of the first DExs for the Avalanche, Fantom, Harmony, and Celo blockchains, and has gained a reputation as being one of the first DEXs to deploy on new chains.

As an automated marker maker, SushiSwap allows users to contribute liquidity to the platform to earn fees. It also offers a variety of other features, including heaps of different yield pools, an on-chain lending solution, and a launchpad known as MISO.

Like most DEXs, SushiSwap has its own utility token, which in this case is known as SUSHI. This token can be staked to earn a fraction of the platform's trading fees and participate in its governance.

Halloween is long gone, but SpookySwap is here to stay. As arguably the most popular DEX on the Fantom Opera blockchain, SpookySwap is an essential tool in any Fantom trader's toolbox.

The platform is officially endorsed by the Fantom Foundation and is unusual among DEXs in that it offers both standard swaps as well as limit orders, allowing users to either source liquidity instantly, or place their best bid and wait for their order to be filled.

According to our analytics, SpookySwap regularly clocks in an impressive $300 million in daily trading volume and currently has around $1.5 billion worth of assets locked in its pools.

Oh, sorry! Wasn’t trying to scare you. That’s the name of the SpookySwap token.

QuickSwap is a popular DEX for Polygon-based assets.

The platform is designed for traders to swap ERC-20 assets over Polygon's high-speed layer-2 blockchain with minimal delays and gas costs.

Currently the second most popular dApp on Polygon, QuickSwap has almost $700 million in locked liquidity, and typically nets $50 to $100 million in daily trading volume, netting liquidity providers more than $100k in fees to share each day.

In line with its name, QuickSwap is incredibly fast. Thanks to the speed of the Polygon blockchain, QuickSwap is able to complete swaps almost instantly, but users will need to make use of a bridge to migrate their assets to Polygon.

The platform also includes a range of yield farms, and several MATIC pairs have a dual mining option — allowing participants to earn both MATIC and QUICK token rewards.

If you’re a fan of Solana, then this one’s for you. The seventh DEX on our list is none other than Raydium — an automated market maker and order book DEX for the Solana ecosystem.

The platform aggregates liquidity both from its own user-contributed liquidity pools, as well as partner platform Serum's order books, helping to ensure users always get the best price for their assets.

Raydium has notched up an impressive $42 billion in trading volume since it launched almost exactly a year ago and is arguably one of the most promising projects building on Solana.

Besides its popular DEX solution, Raydium also has its own project launchpad, aptly named the ‘AcceleRaytor’ — which has helped crowdfund some of the most sought-after Solana projects, including Star Atlas and Genopets.

The platform also offers frequent NFT drops through its DropZone feature and hosts a wide variety of both Raydium and Fusion yield farms, which help users earn rewards for staking their Raydium LP tokens.

Billed as a "one-stop-shop" for decentralized trading on Avalanche, TraderJoe is exactly that. The platform offers a wide variety of different tools, including a powerful swap platform, yield farms, a launchpad, and a DeFi lending feature.

To make trading on Avalanche as simple as possible, TraderJoe features an incredibly basic and intuitive user interface, as well as minimalist order controls.

The platform currently supports well over 100 different Avalanche-based assets, and regularly racks up more than $100 million in daily trading volume. TraderJoe is arguably one of the fastest iterating decentralized exchanges operating today and is governed by its community of $JOE token holders.

TraderJoe is rare in that it includes a useful Zap feature, which allows users to convert a single token into liquidity provider tokens without all the usual hassle that comes with manually trading it for multiple tokens and adding liquidity.

AstroSwap, a recently launched DEX for the Velas blockchain.

For those that aren’t familiar, Velas is a fork of Solana that leverages a technology known as “artificial intuition” to improve speed and efficiency.

As one of the first DEXs on Velas, AstroSwap forms a major building block for DeFi on the platform, and is now one of the few places where users can stake, trade, and farm cross-chain assets using MetaMask.

The platform works hand-in-hand with the cross-chain bridge known as Swapz to help users easily migrate their assets to and from the Velas network from a variety of other blockchains to take advantage of its low fees.

AstroSwap is unusual among decentralized exchanges, since it is running on Velas. It is primarily built for Cardano users, who can use the Swapz bridge to trade their Cardano native assets on AstroSwap without needing to wait in a queue.

The platform offers generous incentives and is very similar to PancakeSwap in its user experience, making it super simple for most traders.

Last, but by no means least is SundaeSwap, the first DEX operating on the Cardano mainnet.

More than half a decade in the making, Cardano only recently activated its smart contract capabilities, allowing the first wave of dApps and DeFi apps like SundaeSwap to launch. SundaeSwap got off to a rocky start due to Cardano’s teething issues but looks set to improve in the future as Cardano rolls out its near-term parameters changes and scaling upgrades.

Like most DEXs, SundaeSwap is an automated market maker, which means it provides essentially unlimited liquidity for traders while allowing users to provide liquidity and earn trading fees.

The platform features three fee tiers: 0.05%, 0.3% and 1%, depending on the liquidity pool. And overall, it’s relatively barebones in its functionality, offering just simple swap and liquidity provision options.

Nonetheless, SundaeSwap is expected to drop its beta label and move towards community governance soon.

Crypto Basics
Last Week on Crypto Twitter: SBF Gets Paid A Visit
Last week Crypto Twitter finally, sort of, moved on from the FTX drama. Now it’s all about the who-got-infected-by-FTX-drama.
作者：Daniel Phillips
10 hours ago
5分钟
Crypto Basics
Proof of Reserves: These Exchanges Are Adhering to the New Standard
After the FTX collapse, a number of cryptocurrency exchanges have now moved to restore faith in CEXes by posting their Proof of Reserves.
作者：Daniel Phillips
1 day ago
5分钟
Crypto Basics
The Grayscale Discount Explained: Could the Grayscale Bitcoin Trust Collapse?
Another week, another potential victim of contagion. You probably have heard phrases like "GBTC discount widens" or "Is GBTC in trouble?" swirling around.
作者：Daniel Phillips
1 day ago
6分钟
See all articles