Christine Lagarde made the admission as she warned about the dangers of digital assets once again — doubling down on her assertion that virtual currencies are worthless. 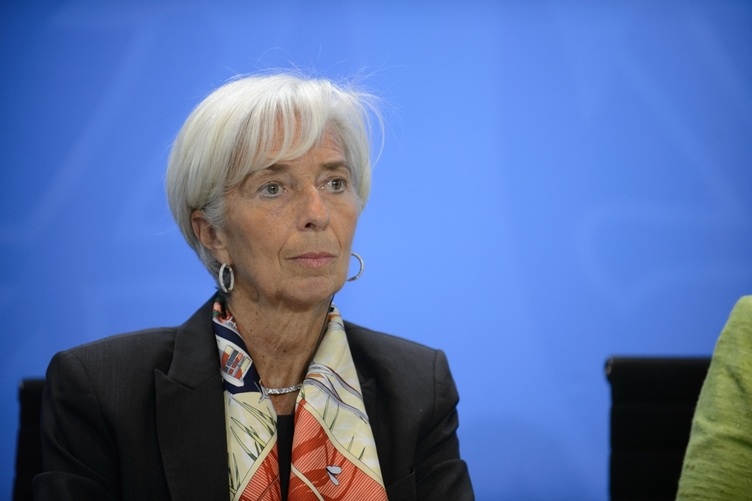 The president of the European Central Bank has revealed that her son invests in cryptocurrencies — against her advice.

Christine Lagarde made the admission as she warned about the dangers of digital assets once again — doubling down on her assertion that virtual currencies are "based on nothing" and worthless.

In an interview on Dutch television, Lagarde confirmed she doesn't own crypto as she wants to practice what she preaches. Yet she conceded some in her family don't feel the same, and said her son is a "free man."

She is particularly concerned about inexperienced investors who will put their life savings into crypto — not least because some major coins have more than halved in value since the market hit a high point last November.

Lagarde warned those who fail to understand the risks will be "terribly disappointed" when they lose it all — and said this "is why I believe that they should be regulated."

The central banker, who previously headed up the International Monetary Fund, has repeatedly called for regulations in recent years — but global leaders have so far failed to produce a uniform, coherent plan. Instead, a fragmented approach has emerged… and some countries have adopted a far friendlier stance to cryptocurrencies than others.

Lessons Must Be Learned from Terra, U.K. Says

In other developments, the U.K. Financial Conduct Authority has warned that the Terra scandal "will absolutely need to be taken into account" as the country prepares to establish new rules for cryptoassets.

"In the last week where we saw significant price movements, it brings that into the fore and it shows the importance of making sure that people understand that that is a risk of where they put their money."

Last month, the U.K. announced that it was planning to allow stablecoins to become a recognized payment method, with the government unveiling an ambition of becoming "a global hub for cryptoasset technology and investment."

Ministers were also criticized for confirming that they planned to release an NFT in the summer, amid allegations they should have been focusing on the cost-of-living crisis instead.

Elsewhere, there are doubts that Panama's enthusiasm for crypto may be waning. Despite the country's legislature approving a bill that would pave the way for cryptocurrencies to be used in the country — Bitcoin, Ether, XRP and Litecoin among them — there may be a delay before it receives presidential approval.

President Laurentino Cortizo has threatened to veto the bill altogether if it fails to properly conform to global anti-money laundering standards — potentially sensible given how it could create tension on the international stage.

Some politicians and economists have warned Terra's collapse could be followed by the demise of other stablecoins — and growing interconnectedness between crypto and Wall Street means such implosions could even destabilize traditional markets.

But last week, Goldman Sachs dampened such speculation by declaring that the recent pullback is unlikely to dent the U.S. economy, primarily because of the relatively small size of the crypto industry.