LUNA Hits All-Time High of $106 as Excitement over Bitcoin Investment Builds
目录
What is the UST Stablecoin?
Altcoins

At the time of writing, the Luna Foundation Guard has purchased $1.3 billion worth of BTC — and the nonprofit intends to increase this to $3 billion in the short term. 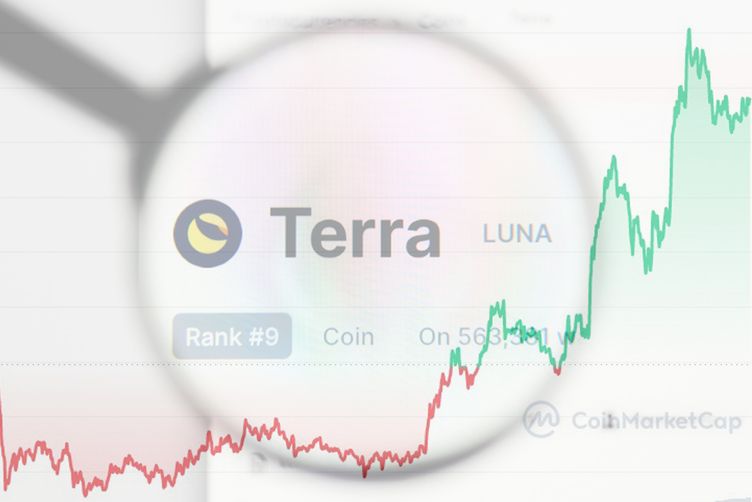 The altcoin's value has surged by close to 50% over the past month, and CoinMarketCap data shows it's the eighth-biggest cryptocurrency in the rankings.

It comes as excitement builds over efforts to back the UST stablecoin, which is based on Terra's blockchain, with Bitcoin worth billions of dollars.

At the time of writing, the Luna Foundation Guard has purchased $1.3 billion worth of BTC — and the nonprofit intends to increase this to $3 billion in the short term, rising to $10 billion over a longer timeframe.

On Monday alone, 2,830 BTC was added to this wallet — worth $135 million at current market rates.

What is the UST Stablecoin?

UST is designed to be pegged on a one-to-one basis with the U.S. dollar, but the algorithmic stablecoin is not backed with fiat reserves. It's hoped that moving to a Bitcoin standard will help the digital asset achieve a greater degree of stability.

LUNA is comfortably the best performer among the top 10 cryptocurrencies by market cap on Wednesday — surging by 10% over the past 24 hours.

Bitcoin, Binance Coin and XRP are largely flat over this timeframe, while Ether has risen by 3.33% as it approaches $3,500.

Do Kwon, the co-founder of the firm behind the Terra blockchain, told Bloomberg News earlier this month:

"The reason why we are particularly interested in Bitcoin is because we believe that is the strongest digital reserve asset. UST is going to be the first internet native currency that implements the Bitcoin standard as part of its monetary policy."

This means that, over the past two years, the altcoin has risen by a whopping 86,000%.

In other developments, Bitcoin briefly topped $48,000 on Monday night — indicating that this price is a crucial level of resistance that stands in the way of further gains for bulls.

Newfound optimism among investors in recent days has helped the total market cap of all cryptocurrencies surge beyond $2 trillion for the first time in over a month.

Altcoins
CoinMarketCap News, Dec 5: Top Democrat Faces Backlash over Tweet to SBF
Some are accusing Maxine Waters of being too friendly with FTX's founder during her attempts to get him to testify in Congress.
作者：Connor Sephton
1 hour ago
3分钟
Altcoins
Podcast: SBF Owned 90% of Alameda... Why Doesn't He Know What Happened?
Also today — liquidators at Three Arrows Capital clash with the bankrupt crypto hedge fund's co-founders.
作者：Connor Sephton
1 hour ago
1分钟
Altcoins
SBF Vows to Testify in Front of Congress After FTX Collapse… But Doesn't Say When
"Once I have finished learning and reviewing what happened, I would feel like it was my duty to appear before the committee and explain," he tweets.
作者：Connor Sephton
4 hours ago
2分钟
See all articles