Is The Bitcoin Bottom In? A July 2022 Update
目录
Bitcoin Is Pumping — Who Is Bullish on It?
Data Indicating a Bottom Is Forming
Bearish Banana Skins on the Way Up
Conclusion
Bitcoin

Is The Bitcoin Bottom In? A July 2022 Update

Bitcoin has rallied over 30% since touching lows of $18K in mid-June 2022 — but was that the bottom or merely a relief rally? Read on to find out what both sides of the market have to say. 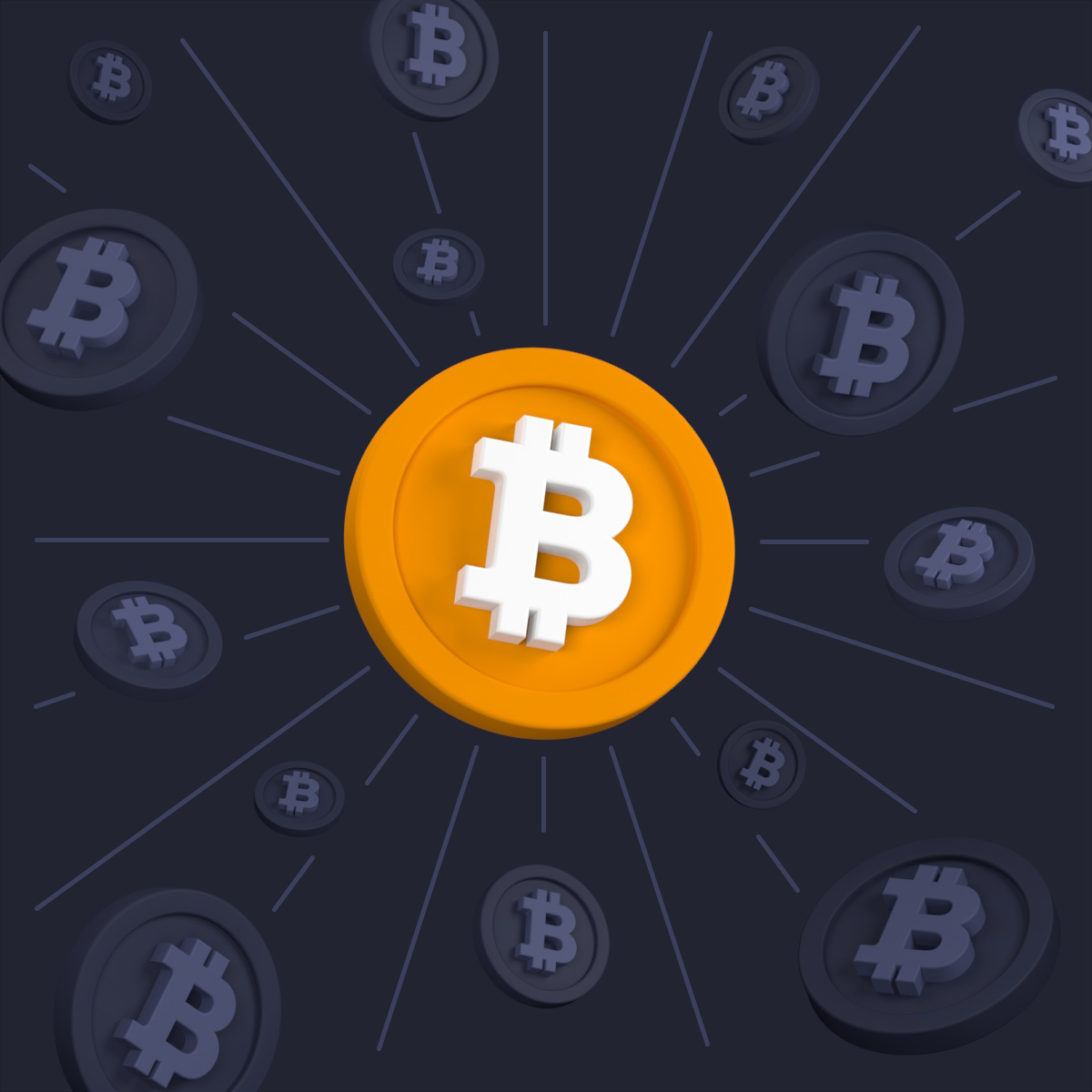 If you read our Bitcoin Predictions for Summer 2022, you'll remember that we foresaw a difficult time for Bitcoin. Lo and behold, since the start of June 2022, BTC fell over 44% to a low of $17,708. But overconfident bears — colloquially referred to as "beras" — woke up to an unexpected surprise this week.

The world's up in flames and Bitcoin is pumping — what sorcery is this? Was $18K the bottom after all?

In this article, we will cover:

Bitcoin Is Pumping — Who Is Bullish on It?

After weeks of down only, bulls finally sense a bit of hope in the 2022 bear market. All the hope is with this last green candle on the chart below:
After a record inflation print of 9.1% year-on-year, it seemed that more sell-off in the market was expected. However, the market rallied only days later, anticipating that the Federal Reserve will hike interest rates only 75 basis points later this month.
Another seedling of doubt was news that Russia would (at least partially) resume gas supplies to Europe via North Stream 1. Happy with every bit of good news it can get, the S&P500 — the broad stock market index — also bounced off support and gave crypto the green light to rally.
The sentiment on Crypto Twitter has been palpably more optimistic in the last few days. Macro investor Raoul Pal leans towards the bottom being in:
In a recent episode of his Real Vision Podcast, he said the following about crypto:

"I don't know yet whether we've seen the low. I think so, and I've been averaging in aggressively actually. The biggest addition to my crypto bets since 2020 into this, I don't know where the low is."

Pal's thesis is that when the recession is reflected in companies' lower-than-expected earnings, the market will frontrun the Federal Reserve and expect quantitative easing to soften the recession blow. On that notion, risk assets like crypto will likely rally. In anticipation of this, we are now seeing accumulation.
The sell-off to $17.7K was not only due to the dire macro conditions. There was, of course, this entire incident with Terra collapsing (and wiping off several hundred billions in market cap). FTX CEO Sam Bankman-Fried, who bailed out several distressed companies, thinks "the unwinding that had to happen, has happened."
In another interview, he indicated that FTX could buy BTC for its treasury but communicated between the lines that its target price was not hit.
Is there hard data supporting the thesis that BTC has found a bottom?

Data Indicating a Bottom Is Forming

Market bottoms don't form overnight and don't disappear in a few days. They take time to play out. Thus, it is best to look at a combination of indicators that support this thesis.

One is the BTC drawdown from its cycle high. Its recent bottom clocked in a 71.86% drawdown, slightly lesser than the 80%+ drawdown in the 2017 bull run. However, that one was also lower than the previous 90%+ drawdown.
Another indicator is the drawdown in realized market cap compared to actual market cap. In simple terms, this is the difference between the market's cost basis and the actual price. Another way to think about it is how much is the average Bitcoin holder in profit or loss.

Currently, the average holder is at a 9.65% loss, slightly less than during other bear markets.

These two indicators tell us we are firmly in bear market territory and close to historical bottom indicators.
On-chain data from Glassnode supports this notion. For instance, unrealized losses are starting to decline. That means fewer sellers, either because those wanting to sell already did so or because those who still hold unrealized losses are happy to keep their coins. 55% of the Bitcoin market cap is held at an unrealized loss, with the number trending downwards.
In previous bear markets, this marked the start of a sideways accumulation range. Those who want to sell, transfer their coins to new holders or those with unrealized profits. Either way, the average cost basis goes down and accumulation happens.
Glassnode also notes that record losses in BTC terms were realized during the recent capitulation events. Following that, the share of coins that are three months or younger is declining — another indicator that the selling wave is cooling off.

The Bitcoin Price Temperature, a measure of Bitcoin's distance from historical price averages, has cooled down to lows seen during COVID capitulation and the 2019 bear market bottom. It also coincides with capitulation indicators from miners.
As covered in Bitcoin Magazine, a significant hash rate decline of up to 40% is an indicator for capitulating miners. The hash rate lags price — if Bitcoin moved to $100K tomorrow, many more miners would want to join. But they first need to purchase hardware and get their rigs online, which is why the hash rate tops after the price did.

“Given the magnitude of the supply controlled by miners, and the general level of high efficiency in their businesses, when miners are selling the worst has often occurred. As a result, price and hash rate recovery out of this miner capitulation has historically marked major price bottoms.”

Miners that don't want to stay in the game go offline. Those that do sell BTC inventory to stay afloat. An indicator of this is the inversion of the 30-day and 60-day hash rate moving average called the Hash Ribbon. In simple terms, if the Hash Ribbon inverts (30-day goes below 60-day), miners are capitulating and going offline.
Edwards considers miners less important than they used to be because other whales have appeared. Still, he sees their capitulation as a bottom indicator:

“My general view is that the next six to 12 months will provide the best opportunity to get into bitcoin over the next five-plus years. This is based on the data we are quantitatively modeling, the current cycle downdraw, and timing within the current four-year cycle, that is, bitcoin usually bottoms in the exact six-to-12-month halving cycle time window we are currently in. Not financial advice of course!”

The final piece of the puzzle is the stablecoins on the sidelines waiting to get deployed. Stablecoins are a safe haven in the crypto economy — liquidity that can still enter the market quickly. Periods of relatively high and declining stablecoin market caps have coincided with bullish market rallies:

Bearish Banana Skins on the Way Up

So we're all good; everyone gets their wallets out and chases the bull rally?

Not so fast. This is still a bear market. There will be rallies, but remember who's in charge.

Nice rally you have there, anon. Be a shame if something…happened to it.

Messari outlines the bear case in one of their latest research pieces. For one, inflation is still rising. Even though a 100 bps rate hike may be averted in July, inflation likely has not topped out. That means tighter financial conditions ahead, which is bad for risk-on assets like cryptocurrencies.
Another nasty inflation surprise may be still out there. The biggest share of the CPI basket — housing, will have updated data only later this year for calculation reasons. Moreover, supply-side inflation, like energy prices, is not in the Fed's control. Messari also points out that the market is notoriously bad at predicting the impact of poor earnings on stock market prices. Tough luck for cryptocurrencies, which are still highly correlated with the stock market.
Analyst Daniel Cheung from Pangea Fund Management made the same case. Admittedly, his analysis is a month old, but many of his arguments could still hold merit over the next several months:

All of this excludes the absence of new bad (but also good) news from the European war front, where winter gas supplies are hanging by a thread.

This article presented the most compelling arguments for and against a rally of Bitcoin (and crypto as a whole). How long will it last? Is it only a bull trap or relief rally after all?

That’s up to you to decide. In any case, the crypto summer just got a little bit more interesting.