Is DeFi on Bitcoin the Next Hype Wave?
目录
The Bitcoin DeFi Landscape as It Stands
Wrapped Bitcoin (WBTC)
Stacks
Portal
Rootstock
The Future of DeFi on Bitcoin
Bitcoin

Is DeFi on Bitcoin the Next Hype Wave?

Today, the decentralized finance (DeFi) landscape is brimming with potential. Bitcoin’s DeFi ecosystem is still in its nascent stages of development. 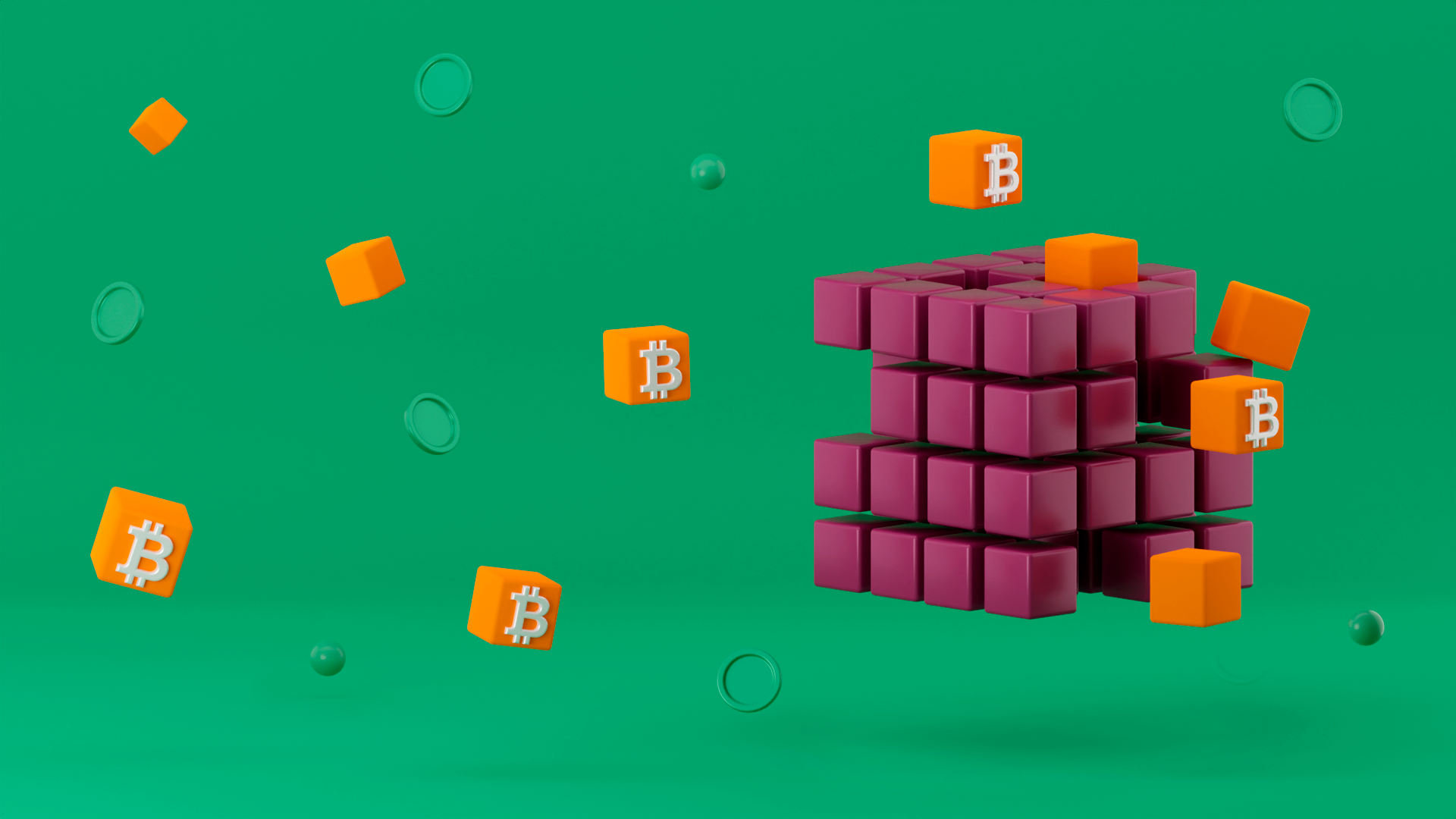 Today, the decentralized finance (DeFi) landscape is brimming with potential, and there are well over 200 DeFi applications running across the ten most popular smart contract platforms.
Until recently and despite its success as a digital currency, Bitcoin (BTC) wasn’t even in the running as a platform for DeFi. This largely boiled down to its limited programmability, which made it difficult to develop complex DeFi applications like those found on smart contract platforms.

But in November 2021, Bitcoin underwent an upgrade that could make DeFi on Bitcoin a more viable and attractive prospect.

The upgrade, known as Taproot, changed the way that transactions are verified and opened the doors to DeFi on the platform. It improves the platform’s efficiency by condensing complex transactions and reducing both memory utilization and fees while increasing scalability.

Now, the platform is entering the DeFi ecosystem, which could be set to expand considerably in the coming months and years.

The Bitcoin DeFi Landscape as It Stands

Right now, Bitcoin’s DeFi ecosystem is still in its nascent stages of development. Only a small number of projects currently leverage its smart contract capabilities and even fewer can be considered bonafide DeFi applications.

Bitcoin’s native programmability is rather limited — despite the recent Taproot upgrade. Its scripting capabilities are limited to the more than 100 opcodes included in the Bitcoin script. Each of these opcodes carries out a predefined function and can be stacked together to form more complex scripts — or rudimentary smart contracts.

Because of this, most Bitcoin DeFi platforms host their smart contracts on a separate chain, such as the Bitcoin side chain or layer 2. This then connects to the Bitcoin blockchain to settle transactions or use Bitcoin as the storage, data availability or security layer.

Some of the most popular DeFi applications for Bitcoin include:

Currently, by far the best-known Bitcoin DeFi application, Wrapped Bitcoin allows users to move their native BTC from the Bitcoin blockchain to another platform through a simple wrapping process.

This sees users interact with a merchant and deposit their BTC with a custodian who mints an equivalent amount of Wrapped BTC (WBTC) on a separate blockchain. This WBTC can then be used throughout the DeFi ecosystem of the chain it is minted on — such as Ethereum or BNB Chain.

To redeem their original BTC (a process known as unwrapping), they must again interact with a merchant who verifies the user and communicates with a custodian who burns the WBTC and releases the original BTC back to the user.

Stacks is an open-source blockchain network that supports smart contracts and decentralized applications. It's designed to improve the capabilities of the Bitcoin network dramatically and unlock new use cases by providing a parallel execution layer.
Since the Stacks blockchain launched in January 2021, its ecosystem has been gradually expanding. Today, there are dozens of DApps operating on the chain, including NFT marketplaces, digital identity solutions, DAOs and DeFi applications.
Perhaps most notably, Stacks is being used to power NOVA Miningverse — an ecosystem of play-to-earn games that reward players in BTC.

The platform connects to the original Bitcoin blockchain through a consensus system known as Proof-of-Transfer (PoX). This allows Stacks dApps to leverage Bitcoin’s state and security.

Billed as the "gateway to uncensorable applications", Portal is a new platform that is designed to power DeFi on Bitcoin.

The platform recently raised $8.5 million in its bid to bring Bitcoin to the world's first blockchain. It plans to achieve this using a multi-layered architecture that stacks a decentralized exchange and DeFi ecosystem on top of Bitcoin’s base layer.
Built using the Fabric framework, Portal will provide multiple censorship-resistant layers on top of Bitcoin, these will facilitate general-purpose computation for decentralized applications, atomic swaps, new financial primitives and more.

One of the first Bitcoin smart contract platforms, Rootstock (also known as RSK) has been in development since 2015 and was first launched in 2018.

As a two-way pegged virtual machine platform for Bitcoin, Rootstock allows developers to create Turing complete smart contracts for Bitcoin. To access the Rootstock ecosystem, users need to lock up their native BTC to receive an equivalent amount of RSK Smart Bitcoin (RBTC).

Today, Rootstock is used to build a variety of dApps for Bitcoin. Sovryn is arguably one of the most popular — since it’s looking to bring DeFi to Bitcoin using RSK’s technology.

The Future of DeFi on Bitcoin

According to data from DeFi Llama, Bitcoin currently has a TVL of $111.58 million (at the time of writing) — the vast majority of which is associated with the layer-2 payments platform, Lightning. The total TVL of current Bitcoin DeFi platforms isn’t yet tracked.

To put this into perspective, it took Ethereum just three years to grow its DeFi TVL from $100 million to $100 billion. Should Bitcoin take a similar path, it could see substantial growth in its DeFi ecosystem and TVL over the coming years, reaching $100 billion in approximately 2025.

Rudimentary versions of most blockchain innovations appeared on Bitcoin first. This includes the first non-fungible tokens (known as colored coins) as well as the first basic smart contracts.

But Bitcoin on DeFi doesn’t work as it does on Ethereum and other smart contract platforms. Instead, most Bitcoin DeFi platforms are either independent layer-1s connected to Bitcoin via a bridge-like system or simply settle/record transaction receipts on Bitcoin like a regular layer 2.

Developers that opt to build on these platforms need to overcome the technical hurdles that come with the territory. Besides RSK, many of these have a custom virtual machine implementation (not the standard EVM) and often only support uncommon programming languages — such as Stack’s Clarity language.

This can make development more challenging while preventing the Cambrian explosion of DeFi apps that EVM platforms like Avalanche, Fantom and BNB Chain saw due to developer migration and DApp porting.

Likewise, developers will need to overcome the challenge of blockchain bloat, ensuring minimal data is stored on-chain to keep the network decentralized by minimizing the storage requirements for full nodes.

For DeFi on Bitcoin to succeed, it needs to provide a clear advantage over existing DeFi solutions, host novel DeFi applications not found elsewhere, and rally up a large user base.

Given that it is well-known for breaking boundaries and shattering expectations, this isn’t entirely out of the question — but it’s safe to say that it’s still early days for Bitcoin’s DeFi landscape. But if retail and VC money floods in to help add rocket fuel to the system, it might not stay this way for long.
This article contains links to third-party websites or other content for information purposes only (“Third-Party Sites”). The Third-Party Sites are not under the control of CoinMarketCap, and CoinMarketCap is not responsible for the content of any Third-Party Site, including without limitation any link contained in a Third-Party Site, or any changes or updates to a Third-Party Site. CoinMarketCap is providing these links to you only as a convenience, and the inclusion of any link does not imply endorsement, approval or recommendation by CoinMarketCap of the site or any association with its operators. This article is intended to be used and must be used for informational purposes only. It is important to do your own research and analysis before making any material decisions related to any of the products or services described. This article is not intended as, and shall not be construed as, financial advice. The views and opinions expressed in this article are the author’s [company’s] own and do not necessarily reflect those of CoinMarketCap. CoinMarketCap is not responsible for the success or authenticity of any project, we aim to act as a neutral informational resource for end-users.
13 people liked this article

Crypto Basics
Week in DeFi: Lending Protocols Ship, a Bustling Cosmos and Proof-of-Innocence
Check out our weekly roundup packed full of DeFi tweets, news and alpha you don't want to miss out on — as protocols continue to ship amidst the consolidation of the recent rally.
作者：0xKira
18 hours ago
5分钟
Bitcoin
The Return of the $90M Blockchain Bandit
A thief using software that guessed obvious passwords robbed 10,000 crypto owners between 2015 and 2016, then disappeared. Now the stolen funds are on the move.
作者：Leo Jakobson
3 days ago
2分钟
Bitcoin
Bitcoin's Price Will Not Break $30,000 This Year, Poll of 50 Crypto Experts Suggests
The 56 industry experts polled by Finder saw a slow return to 2021's exuberant bull market, with the all-time of $68,000 not beaten until late 2025.
作者：Leo Jakobson
5 days ago
2分钟
See all articles