"The events of the past few weeks have put some stablecoins to the test and we’ve seen a flight to safety," a new blog post warns. 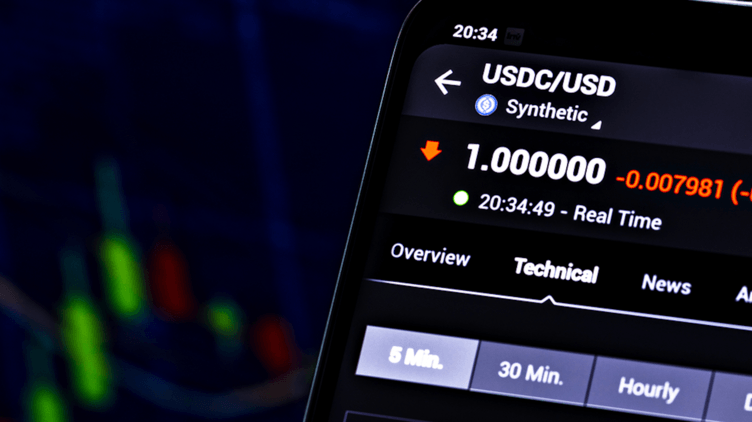 Coinbase has launched a thinly veiled attack against the Tether stablecoin — and is urging users to switch to the "trusted and reputable" USD Coin instead.

In a new blog post, the exchange — which helped co-found USDC back in 2018 — said "stability and trust" are of utmost importance to customers during the bear market, adding:

"However, the events of the past few weeks have put some stablecoins to the test and we’ve seen a flight to safety."

While not addressing any rival stablecoins by name, this is likely a reference to USDT, which has been put through its paces in the month since FTX collapsed.

Other market-leading stablecoins have a much more dependable record, our data suggests.

And it's a similar story with Binance USD, the third most-popular stablecoin. It has seen 30-day lows of $0.9963, and 52-week lows of $0.9958. Binance is the parent company of CoinMarketCap.

Coinbase has now announced that it will waive fees for customers who are making the switch from USDT to USDC — stressing that this stablecoin is "100% backed by cash and short-dated U.S. treasuries held in U.S. regulated financial institutions." The blog added:

"It's always redeemable 1:1 for U.S. dollars. Customers are calling for transparency, and USDC delivers via monthly attestations by Grant Thornton LLP, one of America's largest audit, tax, and advisory firms."

There have been long-running concerns about whether the stablecoin issuer Tether has enough reserves to fully back all of the USDT in circulation.

It was also criticized for holding commercial paper — debt instruments issued by companies — amid fears that this was too risky. In October, it was confirmed that these investments have been completely replaced by U.S. Treasury bills. At the time, it said:

"Tether has eliminated over $30 billion dollars of commercial paper without any losses, a proof of how Tethers’ reserves are conservatively and professionally managed."

The stablecoin issuer has been known to shoot back at criticism about how funds are managed. An independent audit — which has been years in the making — is yet to materialize and has been constantly pushed back.

In September, Binance upped the stakes when it announced that it was planning to automatically convert the balances of USD Coin, Pax Dollar and TrueUSD into Binance USD.

At the time, there was speculation that this could have had significant ramifications for USDC's standing in the rankings.

Tether's total market cap currently stands at $65.7 billion — that's down by about 15% compared with the start of this year.

Meanwhile, USD Coin's market cap stands at $42.7 billion, which is roughly equal to the beginning of 2022.