CoinMarketCap goes into the inner workings of a new Substrate-based platform. 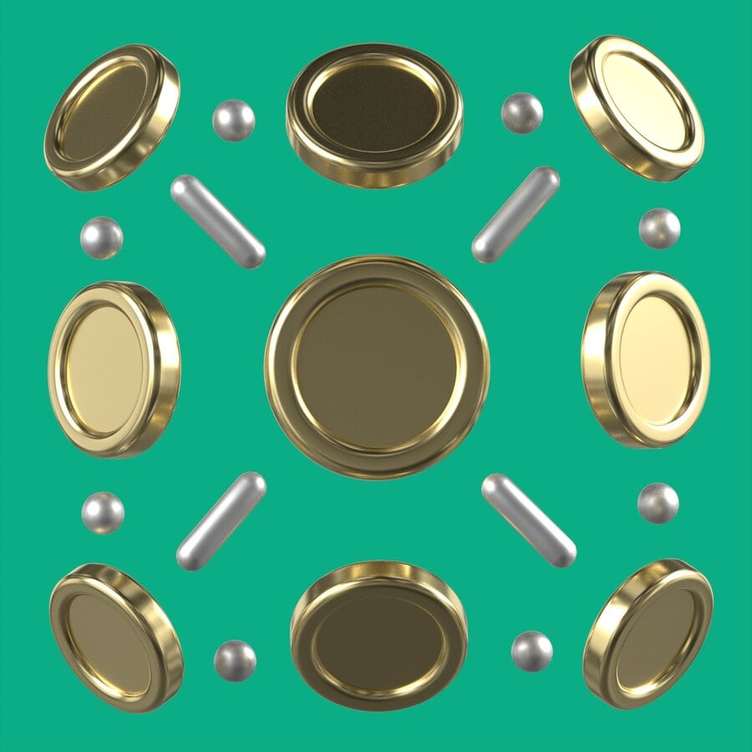 Building smart contracts and decentralized applications (DApps) can be a challenging task. After all, not only do developers need to choose a suitable platform, but they also need to organize themselves, secure funding, ship upgrades, and more — no easy feat.

Edgeware, a Substrate-based platform and so-called “cryptodemocracy” looks to make building applications far more accessible with a modular platform governed by a diverse community of stakeholders.

What Is Edgeware (EDG)?

Billed as the "best place to work in crypto," Edgeware is a platform that provides a hub for creatives, builders and crypto enthusiasts looking to build next-generation decentralized applications on its Substrate-based blockchain.

Edgeware provides a blockchain platform developers can use to easily build and deploy next-generation decentralized applications (DApps), which benefit from high speeds, low latency, and a highly efficient consensus mechanism. This is further bolstered by a community-governed treasury, which users can use to request funding for their developments.

Beyond this, the platform provides the infrastructure communities can use to coordinate themselves into working groups and other organizational structures, which can then concentrate their efforts on the task at hand. This helps to maximize efficiency and resource usage.

The EDG token is a core pillar of the Edgeware ecosystem and is used for a variety of purposes. These include gas for regular and smart-contract-associated transactions, participating in governance decisions, staking, and funding the growth of the Edgeware network.

In development since 2018, the Edgeware platform is being built by Commonwealth Labs — a firm that builds decentralized infrastructure products and next-generation governance protocols. The initiative is also supported by Parity Technologies, the development firm behind the Substrate platform.

How Does Edgeware Work?

The Edgeware blockchain is built on Substrate, the same infrastructure that powers Polkadot. This provides developers with a highly capable platform for launching their DApps, while enabling interoperability with the Ethereum DeFi ecosystem thanks to its custom-built EVM pallet.

The platform is designed to be as accessible as possible and allows developers to build powerful decentralized applications in WebAssembly (Wasm) and Rust, or directly port their Ethereum DApps to Edgeware with few to no changes needed.

Some of the most important technical specifications of the Edgeware blockchain include a 6 second block generation time, weight-based transaction fees, and extreme flexibility — thanks to an ever-expanding array of modular pallets.

The platform is secured by a highly efficient consensus mechanism known as nominated-proof-of-stake (NPoS). This uses a combination of nominators and validators to keep the network secure and incorporates a slashing scheme to deter network attacks while simultaneously helping to fund the Edgeware Treasury. Virtually any EDG holder is able to participate in NPoS and earn a yield on their holdings through staking.
Edgeware is designed to be governed by the community and separates its organizational structure into four tiers, these include chain workers, working groups, project teams and ecosystem DAOs. These allow projects and contributors to better organize themselves and maximize their use of resources, while making it easy to scout out new like-minded individuals and talent.

A community-governed treasury is available to fund both community-driven development efforts and proposals, as well as general upgrades to the Edgeware platform. To propose a treasury spend, users need to put down a reserve equivalent to at least 5% of the proposed spend in EDG (minimum 1,000 EDG). If the spend is approved this will be refunded, else it will be slashed and added to the treasury balance.

The Edgeware mainnet went live in February 2020. Since then, the team has been gradually implementing the roadmap and community-derived improvement proposals. Some of the major upcoming releases include an Edgeware to Ethereum bridge, the launch of a secondary canary network (Much like Polkadot's sister network Kusama), and bidding for a parachain slot on Polkadot.

As a community-oriented project, Edgeware is built to provide an ecosystem where builders and developers can flourish and bring their products to market faster. It includes a number of unique properties and accolades that make it well-suited to this task, some of which include:

Edgeware is governed by the community of EDG holders. Edgeware stakeholders are able to submit improvement proposals, which if approved, can help to shape the development of the platform and update the roadmap. Beyond this, all network upgrades must be approved by a major quorum of EDG holders before they are implemented.

Edgeware helps individuals and entities work together towards a common goal or problem by joining a so-called Edgeware collective. These are communities that collaborate to tackle one or more goals.
As of writing, Edgeware's Economics Collective is its most popular community with over 500 members. A full list of current collectives can be found here.

The platform is currently being used to build a wide variety of DApps. These include a blockchain-based messaging service known as MailChain as well as synthetic derivatives trading platform called dTrade.

Edgeware pioneered the novel token distribution mechanism known as a lockdrop. This saw users temporarily time lock their ETH in return for an airdrop of a fraction of the EDG supply.

As a result of the first massively successful lockdrop, the EDG token achieved one of the widest distributions of any ERC-20 token — and is currently held by over 15 million unique addresses. In total, 90% of the supply was distributed to the community via the lockdrop.

Substrate is a platform designed to provide a highly flexible and modular framework for creating purpose-built blockchains.

Created by Parity Technologies, Substrate gives developers a great deal of control over the specifications of their blockchain, allowing them to benefit from things like forkless upgrades, custom consensus mechanisms and block execution logic, as well as support for a wide variety of programming languages (inc. C++, Typescript and Rust) thanks to its WebAssembly (Wasm) support.

Being modular, Substrate ships with a wide variety of pallets developers can use to easily get their blockchain up and running quickly with default functionality. Or, they can create their own pallets to add specific features not already available.

As a smart contract capable blockchain, Substrate is able to support decentralized applications. One of its key distinguishing factors is its support for other smart contract solutions, such as the Ethereum Virtual Machine (EVM) — allowing developers to easily port their code to the Substrate-based platforms.
For a more in-depth look at Substrate, check out our glossary entry on the subject.
This article contains links to third-party websites or other content for information purposes only (“Third-Party Sites”). The Third-Party Sites are not under the control of CoinMarketCap, and CoinMarketCap is not responsible for the content of any Third-Party Site, including without limitation any link contained in a Third-Party Site, or any changes or updates to a Third-Party Site. CoinMarketCap is providing these links to you only as a convenience, and the inclusion of any link does not imply endorsement, approval or recommendation by CoinMarketCap of the site or any association with its operators. This article is intended to be used and must be used for informational purposes only. It is important to do your own research and analysis before making any material decisions related to any of the products or services described. This article is not intended as, and shall not be construed as, financial advice. The views and opinions expressed in this article are the author’s [company’s] own and do not necessarily reflect those of CoinMarketCap.
10 people liked this article