Has one of the OlympusDAO founders been doxxed? Jason Liang sued OlympusDAO for $20M to $2B and claims to have identified Apollo! Read more! 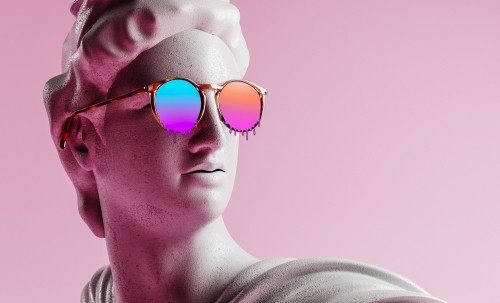 According to a CoinDesk report, Jason Liang, a crypto investor based in Australia alleges that one of the OlympusDAO co-founders cheated him out of almost four million OHM tokens and has filed a lawsuit to settle the dispute. According to Liang, he paid 50,000 DAI in exchange for 4 million pOHM, an OHM-based token that was used to bootstrap liquidity for the protocol. The deal was that later Liang and other investors would be able to exchange the pOHM for OHM and cash in on their investments.
Liang accuses the pseudonymous co-founder, Apollo, to have tampered with the smart contracts, which prevented him from redeeming his pOHM. The lawsuit further accuses the Olympus team of abusing their pseudonymity to protect themselves against liability.

Liang also states that the token purchase agreement between him and Olympus was designed in a way that would make legal action against the project difficult to pursue.

According to the CoinDesk report, Liang's legal team found Apollo supposed real identity by doing a reverse lookup on a phone number used to call Liang. The name coincided with the name on the token purchase agreement.

Joseph B. Evans, an attorney for Liang, said in an email to CoinDesk:

“There is a completely legal and legitimate way to run a DAO. This isn't it. It appears that certain organizations still believe they can avoid liability if their founders and promoters hide behind screen names, social media handles and fictitious entities. My client provided much needed start-up capital to Olympus, and he is entitled to share in its success.”

The OlympusDAO Project and Its Reaction

Interestingly, Liang claims damages between $20 million and $2.3 billion, taking the pre-lawsuit price of OHM and a (seemingly arbitrary) all-time high of the token. Twitter users have also called into question the effort of Liang's alleged marketing efforts that he undertook to fulfill his side of the deal:

OlympusDAO, covered in our OlympusDAO deep dive, was one of the hottest tokens in 2021 and a trendsetter in what was later dubbed "DeFi 2.0." Through clever tokenomics and an impressive marketing and community effort, the token reached dizzying heights, trading at a market capitalization of $4 billion at one point. It has since lost more than 90% of its value.
OlympusDAO has long been accused of being a cleverly-designed Ponzi scheme. However, despite the accusations, the project never compared to some of the other crypto Ponzi schemes that have occurred over the years.

The lawsuit will also indicate how courts deal with jurisdiction over DAOs run by pseudonymous and anonymous founders.