The campaign says: "Switching to a low-energy protocol has proven effective and uses a fraction of the energy. Ethereum is changing its code. Many others use less energy. Why isn't Bitcoin?" 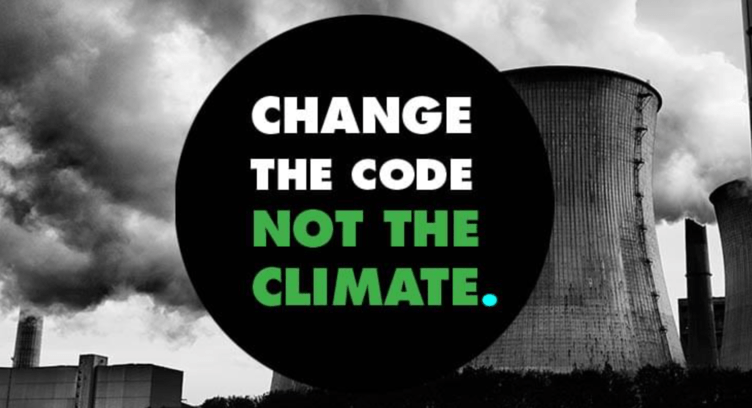 Greenpeace is spearheading a new campaign that calls on Bitcoin to abandon its Proof-of-Work blockchain and move to a more environmentally friendly consensus mechanism.

The "Change the Code, Not the Climate" campaign claims adapting Bitcoin's software code would reduce the amount of energy that the network uses by 99.9%, adding:

"Switching to a low-energy protocol has proven effective and uses a fraction of the energy. Ethereum is changing its code. Many others use less energy. Why isn't Bitcoin?"

The campaign's official website describes PoW as "outdated technology" that is a "huge source" of climate pollution — and warns the Bitcoin blockchain's energy use will only increase as prices rise.

It also claims that it would take just 30 people to agree on switching to a low-energy protocol — insisting "key miners, exchanges and core developers who build and contribute to Bitcoin's code" have the power to stop harming the planet.

The movement says high-profile Bitcoiners such as Tesla's Elon Musk and Block's Jack Dorsey — along with the likes of BlackRock, Goldman Sachs and PayPal — "have a responsibility to help Clean Up Bitcoin," adding:

"We know who wields influence over the crypto community, from big tech to big banks."

The exact impact that Bitcoin mining has on the environment is difficult to quantify — but the campaign cites statistics from the University of Cambridge that indicates this blockchain already uses more energy than the whole of Sweden, warning:

"Unless its price is decoupled from its energy use, Bitcoin will drive devastating climate impacts."

And pointing to how some miners have started purchasing U.S. coal plants to further their operations, Change The Code, Not The Climate alleges that Bitcoin "is resurrecting fossil fuels" and could single-handedly be responsible for helping to warm the planet by more than two degrees.

It is worth noting that doomsday scenarios about Bitcoin's energy consumption have been made before. Back in 2017, the World Economic Forum predicted that "Bitcoin mining could be consuming the same amount of electricity every year as is currently used by the entire world" by 2020… a forecast that obviously didn't come true.

Change The Code, Not The Climate acknowledged that it's making a big ask and many key stakeholders may be reluctant to heed its calls, writing:

The Ethereum blockchain is currently in the process of transitioning to a Proof-of-Stake consensus mechanism — an ambitious and high-risk project that has been in the works for several years.

PoS will effectively make miners obsolete. Instead, those who have staked ETH to run their own nodes will be responsible for validating transactions — and they'll receive rewards for doing so.

Critics of Proof-of-Stake consensus mechanisms claim they cause a greater degree of centralization — meaning block rewards would be dominated by those who have staked the most tokens.

Tech Deep Dives
The Ultimate Deep Dive Into Bitcoin's Security Model
Is Bitcoin's current security model flawed? What could be done to the Bitcoin network to ensure it is sustainable? Read on to find out.
Bởi Ivan Cryptoslav
1 day ago
14m"
Crypto News
Podcast: Bitcoin's Best January Since 2013... But What's Next?
Also today, a crypto entrepreneur who duped investors by claiming he had invented a digital asset backed by gold has been jailed for eight years.
Bởi Connor Sephton
1 day ago
1m"
Crypto News
Celsius Network Criticized in Damning New Report
The court-appointed examiner issued a blistering report, saying the bankrupt crypto lender was "Ponzi like" and manipulated its CEL token to enrich founders.
Bởi Leo Jakobson
1 day ago
4m"
See all articles