Nate Chastain has been accused by U.S. prosecutors of "using confidential information about what NFTs were going to be featured on OpenSea's homepage for his personal financial gain." 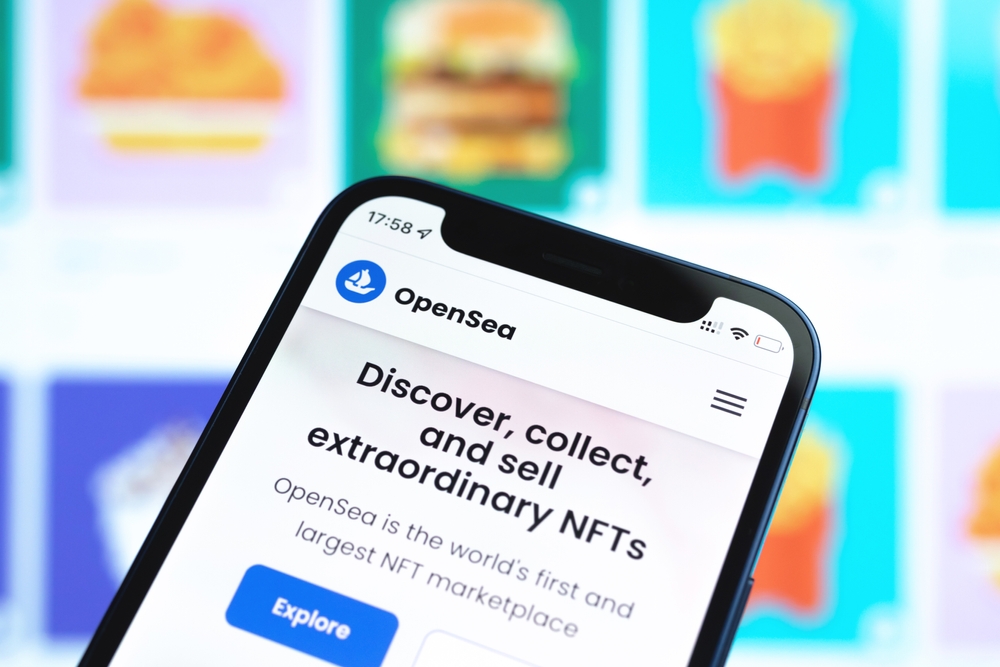 A former OpenSea executive who has been charged with the insider trading of non-fungible tokens is seeking to have the case dismissed.

Nate Chastain has been accused by U.S. prosecutors of "using confidential information about what NFTs were going to be featured on OpenSea's homepage for his personal financial gain."

At the time, the Department of Justice confirmed this was the first case of its kind — and in a new court filing, Chastain's legal team claims "ill-founded applications of criminal law" are being used to set a precedent in the digital assets space.

His lawyers go on to argue that NFTs "are neither securities nor commodities" — and because of this, insider trading was impossible to achieve.

It's also claimed that the government has been unable to "demonstrate any effort to conceal the unlawful proceeds of a specified unlawful activity" — with Chastain's representatives pointing out that every single crypto transaction that's under scrutiny was visible on the Ethereum blockchain.

Claiming that the prosecutors' theory of money laundering was "novel," they add:

"The defendant did nothing more than move money in an obvious and perceptible manner. The simple and manifest movement of money, however, does not constitute money laundering."

Chastain has been charged with one count of wire fraud and one count of money laundering — with each count carrying a maximum sentence of 20 years behind bars. The court filing shows that his lawyers are challenging both counts.

The 31-year-old used to be a product manager at OpenSea — and between June and September 2021, it is alleged that he "secretly" purchased crypto collectibles shortly before they were given prominence on the NFT marketplace's homepage. Estimates suggest the alleged transactions generated 19 ETH, worth about $30,000 at current market rates. The Justice Department had added:

"After those NFTs were featured on OpenSea, Chastain sold them at profits of two to five times his initial purchase price. To conceal the fraud, Chastain conducted these purchases and sales using anonymous digital currency wallets and anonymous accounts on OpenSea."

Chastain had pleaded not guilty to the charges back in June, and has since been released on bond.

Further on in the court filing, his legal team said that OpenSea was not deprived as a result of his alleged actions — primarily because the platform "collected its standard fees in connection with each relevant NFT that was bought and sold."

They went on to argue that "the government's case here is, at best, rooted in some form of alleged dishonesty."

Crypto News
CoinMarketCap News, Nov 29: It Isn't Just Crypto Firms Suffering in This Bear Market
As top coins tank, crypto bros are going underground — a far cry from the heady days of last year, when the champagne was flowing.
Bởi Connor Sephton
3 hours ago
3m"
Crypto News
Podcast: Bankrupt BlockFi Owes Billions — as Elon Musk Picks a Fight with Apple
Plus, Kraken gets a slap on the wrist after violating U.S. sanctions — and why the bear market has hit Miami's nightclubs hard.
Bởi Connor Sephton
3 hours ago
1m"
Crypto News
Revealed: How Much BlockFi Owes to Its Biggest Creditors
In other developments, the Financial Times is reporting that BlockFi is suing Sam Bankman-Fried in an attempt to seize shares in Robinhood.
Bởi Connor Sephton
4 hours ago
1m"
See all articles