Epic Games Raises an Epic Amount to Build the Metaverse

The game developer announced a $2 billion round, with investments coming in equal parts from Sony and LEGO. 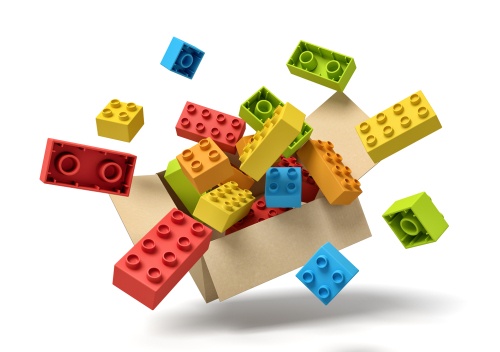 Epic Games, the company behind the wildly popular game Fortnite, is betting big on the metaverse. The studio raised $1 billion each from Sony and LEGO, with both investors trusting Epic Games to sprinkle some of its development magic dust on their metaverse plans.

Sony, which was already $450 million deep in gaming thanks to previous investments in Epic Games, is looking to increase its involvement in the metaverse through the move.

“As a creative entertainment company, we are thrilled to invest in Epic to deepen our relationship in the metaverse field, a space where creators and users share their time.

We are also confident that Epic’s expertise, including their powerful game engine, combined with Sony’s technologies, will accelerate our various efforts such as the development of new digital fan experiences in sports and our virtual production initiatives.”

LEGO, on the other hand, is targeting a younger age group. A favorite among many children, the game company is looking to transfer the experience of children's games and building to the metaverse. Its CEO, Søren Thorup Sørensen, announced:

“Epic Games is known for building playful and creative experiences and empowering creators large and small.

A proportion of our investments is focused on trends we believe will impact the future world that we and our children will live in. This investment will accelerate our engagement in the world of digital play, and we are pleased to be investing in Epic Games to support their continued growth journey, with a long-term focus toward the future metaverse.”

Tim Sweeney, the CEO and founder of Epic Games, was understandably excited by the prospect of potentially building a metaverse LEGO and metaverse Playstation 5 games. He said:

“As we reimagine the future of entertainment and play we need partners who share our vision. We have found this in our partnership with Sony and KIRKBI.

This investment will accelerate our work to build the metaverse and create spaces where players can have fun with friends, brands can build creative and immersive experiences and creators can build a community and thrive.”

The investment round puts Epic Game’s valuation at $31.5 billion. It comes against the backdrop of an increasing rush of sports clubs, stars, companies and even governments into the metaverse. By some estimates, the metaverse could have an eye-popping five billion users by 2030.

If that prediction were to become true, investing a billion dollars may look like chump change in 2030.

Crypto News
Startup Plans to Give You Crypto if You Scan Your Eyeballs
Worldcoin has reportedly invented an orb-shaped device that can scan a person’s iris, which will serve as a unique personal identifier.
Bởi {author}
1 year ago
2m"
Crypto News
CoinMarketRecap Podcast: Bitcoin Forecast, El Salvador Latest, NFT Scandal, Walmart Scammed
Our guest this week believes Bitcoin is going to hit six figures. He tells us why.
Bởi {author}
10 months ago
4m"
Crypto News
Will Mt. Gox Victims Finally Get 200,000 BTC?
For several months, affected customers have been able to have their say on how the funds should be distributed.
Bởi {author}
10 months ago
2m"
See all articles