The most common Bitcoin energy and BTC mining myths, debunked. 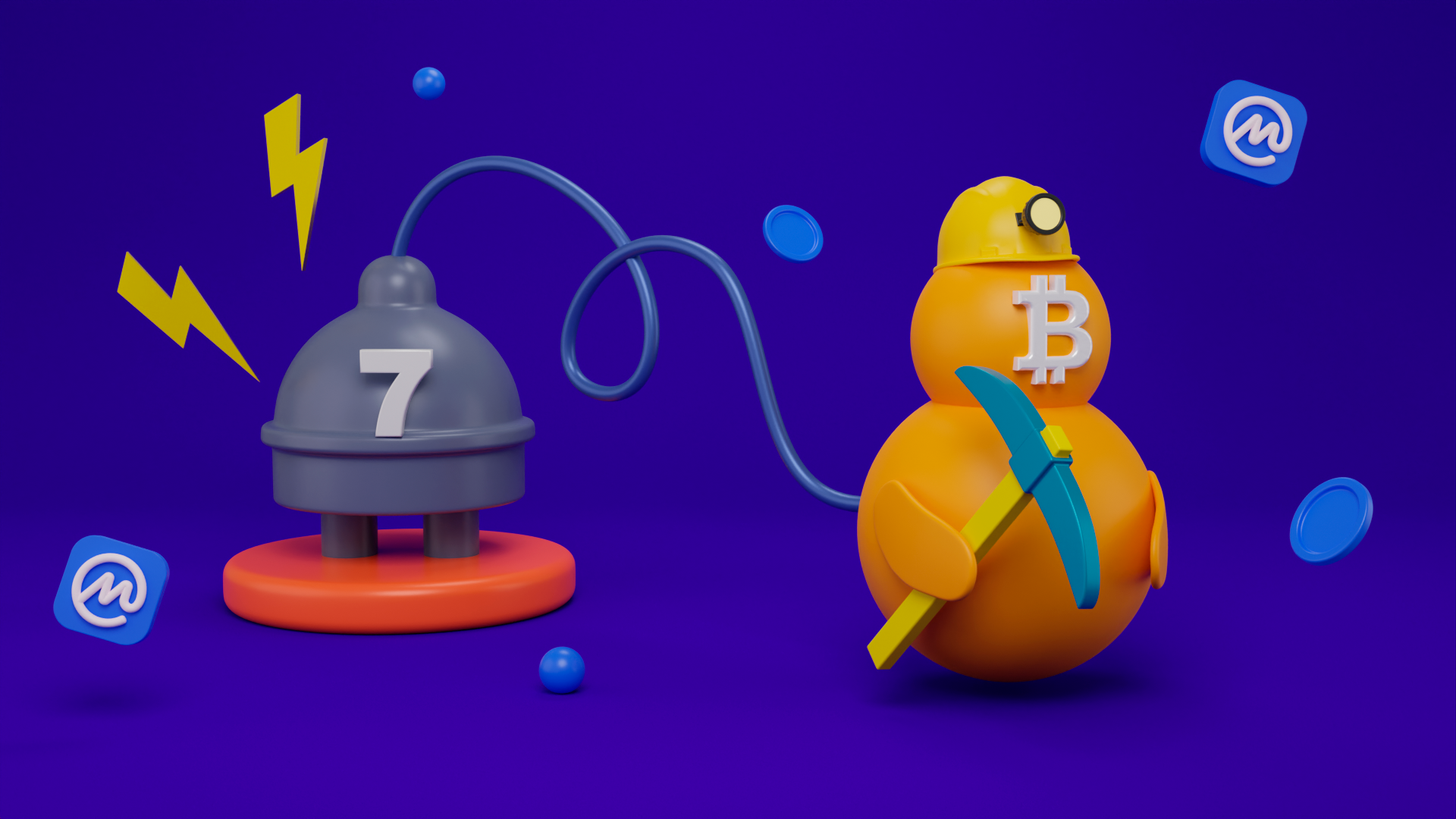 Our article about mining bitcoin with flared natural gas covered how the Bitcoin network could potentially undergo a revolution and become an important part of energy production.

But you know that won't convince the naysayers:

In this article, we'll debunk some of the biggest Bitcoin energy myths. The last part of this series will lay out the case for mining BTC to revolutionize energy production. But that is for another day. Today, we cover the seven biggest energy myths for the largest and oldest cryptocurrency and why they are wrong.
Subscribe

Even if we assume that all Bitcoins are used for speculative purposes all of the time (which they aren't), this argument is flawed. For two reasons.

First, what would be the carbon footprint if speculators used something other than BTC? What if all the money went to casinos? Horse racing? Critics pretend that mining generates a carbon footprint where otherwise there would be none, but that isn't true. All of these other speculation-driven sectors also have a carbon footprint. No one has ever inquired into the emissions of lotteries or sports books to the extent of Bitcoin’s.
Second, we can't weigh Bitcoin's positive externalities (store of wealth, peer-to-peer money transfers) against its negative ones (mining). How do you quantify the intangible value created by BTC? And how do you compare it to its negative externalities? It's near impossible to make a rational case for either side. Somehow, though, the traditional financial industry does not get held up to the same standards.

Myth #2: Bitcoin crowds out other sectors through mining and increases electricity costs.

Stories like this one are music to the ears of Bitcoin haters. However, one upstate New York town's story from several years ago is an anecdote and not hard data that shows a pattern. This argument also disregards two important acts.
First, miners are by design incentivized to seek the cheapest energy source. That's why mining with flared gas is so attractive or mining in countries like Kazakhstan with low electricity costs. But most of the time, miners will not compete with retail consumers' demand for electricity.
Second, failing power grids due to excess demand is market feedback. Bitcoin miners simply found a market inefficiency (cheap electricity) and closed it. In fact, Bitcoin miners provide valuable feedback. With correct regulation, you could even tax miners and redirect tax income to overhaul the grid.

Myth #3: Bitcoin mining is bad for the power grid.

We clarified that miners can't be blamed for poor infrastructure. But do they contribute to overloading it?

Not necessarily. For instance, Texas miners turned off their rigs during a recent heatwave. Since mining rigs can be shut down at very short notice (think minutes), they can react in real-time to electricity demand. If anything, Bitcoin mining is good for the grid since it helps smooth out demand. We'll cover in the next article how exactly.

This study argues that BTC mining takes advantage of "economic instabilities, weak regulations, and access to cheap energy and other resources."

That is fair enough, but don't you think the solution is to...fix the economic instabilities and weak regulations?

To reiterate a point already made: miners merely provide market feedback. One solution is not to ban market participants, but to improve the market's rules. Furthermore, a "worldwide ban" on mining is highly unrealistic since countries are incentivized to defect and capture the economic rents from miners looking for cheap electricity.

This study extrapolates a short-term trend (miners migrating from China to the U.S.) to conclude: Bitcoin mining is even more bad!

However, if we look closer at the data, we can discern only two strong trends clearly:

Mining with nuclear energy is rising, as is mining with natural gas. Mining with coal (very dirty, very bad) has been oscillating between 30% and 50%, but there's no clear trend. Mining with hydroelectric energy is in a slump, but it's been there before and recovered. Overall, the substitution of "hydroelectric BTC" for "natural gas BTC" could be systemic or just a short-term trend.
Moreover, we established that the carbon footprint of BTC mining is a rounding error in the grand scheme of things. An increase of 17% from a tiny base is still a tiny number. So, this argument could be considered at least highly misleading.

Myth #6: Bitcoin uses a lot of energy per transaction.

This is another go-to argument of critics. However, it conflates the concept of marginal energy usage and overall energy usage. Lyn Alden explains this well with the following analogy (paraphrased):

You can be angry at your laundry machine for being a polluter. You can choose to wash by hand, or you can think that washing your clothes is morally wrong in the first place. But the added pair of dirty socks does not increase or reduce CO2 used per washed sock.

So no, you can't measure BTC energy usage linearly.

The final argument is mining is just wasteful and we should use other, already existing alternatives for storing value and transactions.

Firstly, energy does not equal electricity. Even if BTC mining nominally uses a lot of electricity, this isn't a problem if electricity is abundant and, even better, clean. We can solve the latter with regulation, and we have to solve the former regardless of mining bitcoin.
Second, Bitcoin's market competitors are no better in terms of their environmental impact. In fact, mining gold and running bank branches leaves a bigger carbon footprint than mining bitcoin. Hass McCook went deep in his 10-part piece on the cost and sustainability of BTC, but the most important quotation is:

"Bitcoin consumes/emits less than half of what the gold mining industry does, and less than one fifth of what Bank branches and ATMs do."

So this one's also misleading, if not plain wrong.

No, Bitcoin mining is not all peaches and cream.

However, we should discuss the pros and cons of Bitcoin mining in a level-headed way. The facts are that the long-term effects of mining on the power grid are little understood. Bitcoin mining absolutely could become a way to price a negative externality like flared gas.

But can it do so at scale? And could Bitcoin mining change the way we produce electricity? What role do policymakers and regulations play?

We'll answer all of those questions in the final installment of this mini-series.

Bitcoin
Saylor: Charlie Munger is 'Western Elite' Who Hasn't Had Time to Study Bitcoin
"If he was a business leader in South America or Africa or Asia and he spent 100 hours studying the problem, he would be more bullish on Bitcoin than I am," Michael Saylor says.
Bởi Connor Sephton
1 day ago
2m"
Bitcoin
Charlie Munger Goes Full 'Crypto Voldemort' in Calling For a Ban
Berkshire Hathaway's Vice Chairman said the U.S. should follow the example of China, which "wisely" banned all cryptocurrencies.
Bởi Leo Jakobson
4 days ago
3m"
Tech Deep Dives
A Deep Dive Into EigenLayer
Touted as one of the most novel innovation in the Ethereum ecosystem in 2023, what exactly is EigenLayer? Read on to find out.
Bởi Ivan Cryptoslav
4 days ago
8m"
See all articles