The multimillionaire, who has more than 138 million followers, is joining DigitalBits as he takes advantage of a "major opportunity to create new experiences for my fans online." 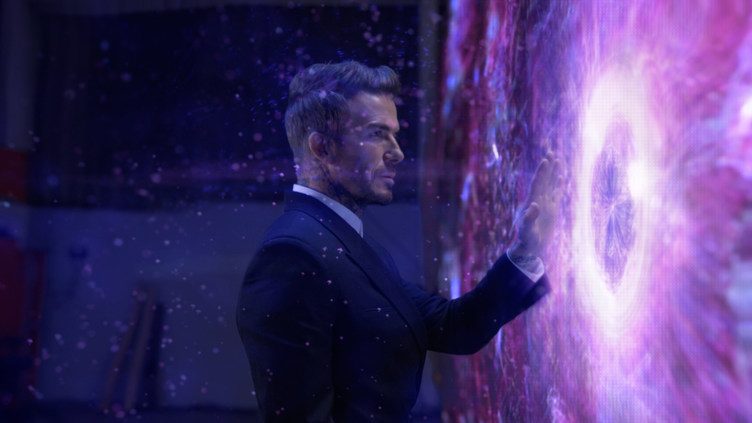 David Beckham has announced he is becoming a global brand ambassador for the DigitalBits blockchain — and plans to jump into the world of NFTs and the metaverse.

The footballing legend, who has made millions as an entrepreneur following a successful career playing for Manchester United, is set to "communicate the transformative power" of the project to consumers and brands.

A news release about their collaboration suggested that Beckham "will utilize his extensive experience and relationships" with other brands including adidas, Maserati, EA and Diageo.

From a business perspective, this is one of the biggest celebrity endorsements that a project has secured. As DigitalBits notes, he has more than 138 million followers online — and with annual impressions of 9 billion across social networks, Beckham "has the highest engagement of any international account."

In the coming months, Beckham is set to launch an NFT collection through the DigitalBits blockchain, which touts itself as an eco-friendly alternative to the likes of Ethereum. Confirming the news, he said:

"I am always keen to find new ways to connect with my fans across the world. The moment I spoke with Al and the DigitalBits team, I knew that this was a major opportunity to create new experiences for my fans online. I have always taken pride in working with the best teams and I am so excited to work on my NFT collections and more innovations in the future."

DigitalBits has already entered into a number of other partnerships with the likes of AS Roma and Inter Milan.

From Sports Stars to Crypto Ambassadors

DigitalBits announced the news by posting a video that stars Beckham dramatically kicking a virtual globe that resembles a football — which then transforms into a portal for the metaverse. Meanwhile, a narrator says:

"The world is changing. The power of blockchain is creating new dimensions. We are redefining how we connect with one another, in ways we could never have imagined."

Beckham is then seen approaching this mystical portal and peering his head inside, before walking in.

A substantial number of sports stars, past and present, have been hired as ambassadors by top crypto and blockchain brands.

Earlier this week, tennis ace Naomi Osaka announced she was taking an equity stake in the FTX exchange — and as part of the deal, she'll be directing and producing content that's designed to encourage women to enter the space. She's also going to be compensated in cryptocurrency.
Meanwhile, a top UFC fighter has revealed that he now plans to get his paychecks in Bitcoin in a bid to avoid inflation.

It's unclear how much Beckham is being paid to take on this role.

Crypto News
Celsius Could Be Broke by End of October, Projections Say
The CeFi lender has a much bigger financial hole to plug than previously expected.
Bởi {author}
2 days ago
2m"
Crypto News
Tether Says Report Confirms All USDT is Fully Backed with Reserves
The company has long faced criticism about whether it has the dollars to honor all of the USDT in existence.
Bởi {author}
1 year ago
1m"
Crypto News
Browser Plugin Blocks 'Irritating' Twitter NFT Users
"People who bought NFTs have to keep hyping other people to buy NFTs or the NFTs they bought will lose value," a developer says.
Bởi {author}
6 months ago
2m"
See all articles