Chipotle Giving Away $200,000 in Free Crypto Through 'Buy the Dip' Game
Crypto News

Chipotle Giving Away $200,000 in Free Crypto Through 'Buy the Dip' Game

The premise is fairly simple: Players are presented with a crypto trading chart, and watch as prices rise and fall. They need to hit stop whenever they believe the market is bottoming out. 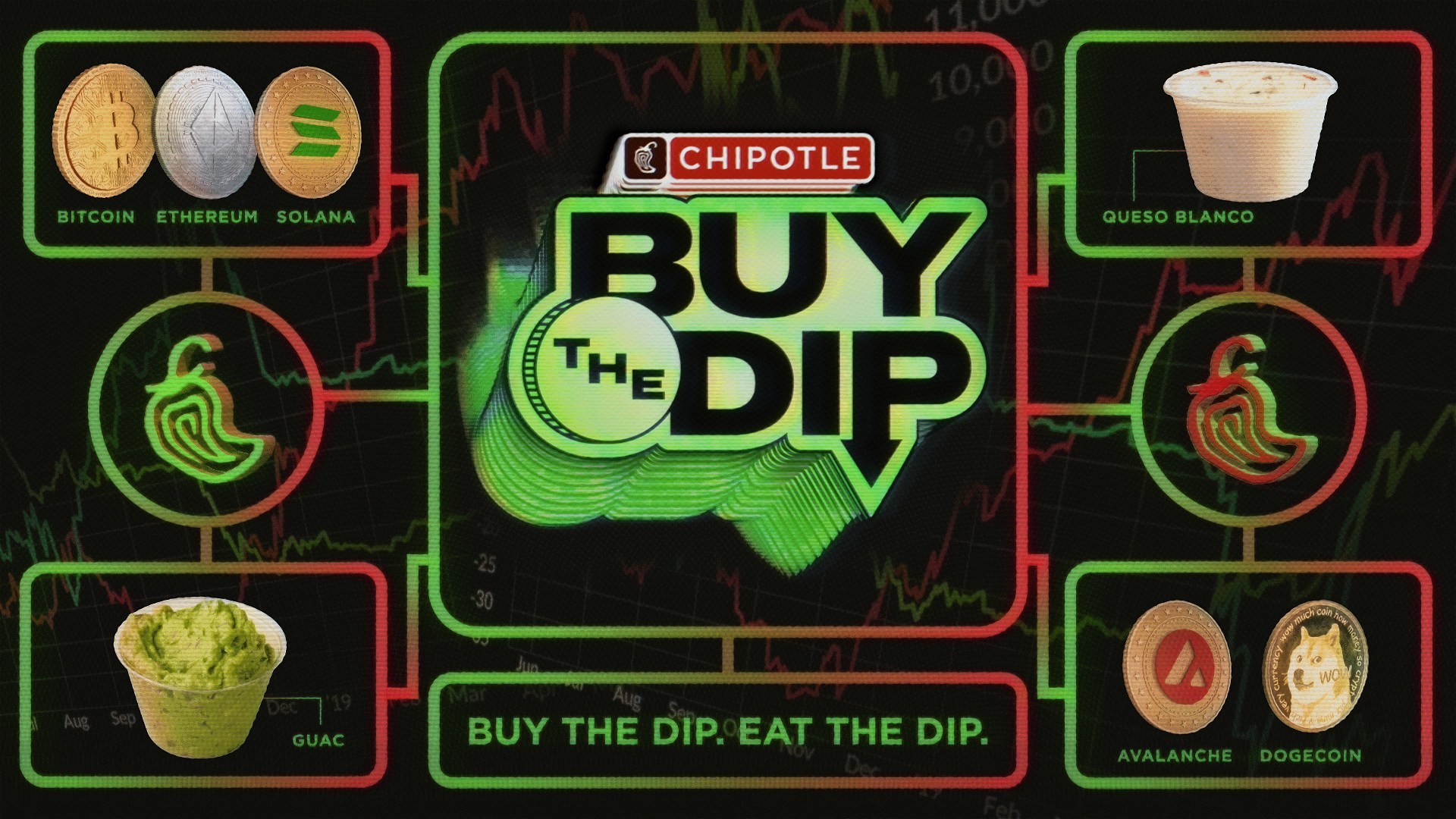 Chipotle has announced that it's giving away $200,000 in free crypto through an online game called "Buy the Dip."

The premise is fairly simple: Players are presented with a crypto trading chart, and watch as prices rise and fall. They need to hit stop whenever they believe the market is bottoming out.

In a news release, the fast food retailer noted that it now accepts 98 different digital assets — Bitcoin, Ether, Solana and Dogecoin among them — through a partnership with Flexa.

"We want to build the next generation of Chipotle fandom by connecting with the Web3 community. We're excited to bring positivity to the crypto conversation by empowering fans to 'Buy The Dip.'"

Bigger prizes are going to be offered on July 31, which is National Avocado Day. Overall, Chipotle says 500 players will win a crypto prize — with one gamer walking away with Bitcoin worth $10,000.

Players can have three attempts at the game per day, and other prizes such as promo codes for one-cent guacamole will also be available.

Not everyone is a fan of Chipotle's latest promotion — including The Verge's Elizabeth Lopatto. She argues that this game is "irresponsible at best" because of how it's difficult to time the market, and this could result in everyday consumers losing money through crypto investments. Lopatto also quipped:

"Chipotle did pay $25 million for giving its customers norovirus, so I guess this is how they’re recruiting new ones."

Crypto News
45% of Crypto Investors Would Buy Coin Endorsed By a Celebrity
Crypto enthusiasts are far more likely to be swayed by A-listers than everyday investors.
Bởi {author}
1 year ago
2m"
Crypto News
Grubhub Offers Bitcoin Rewards for Food Deliveries
Grubhub — which allows users to order food from restaurants and get it delivered — has entered into a partnership with Lolli, a firm giving consumers free BTC for shopping at eligible stores.
Bởi {author}
10 months ago
2m"
Crypto News
Visa, One of World's Biggest Card Companies, Plans to Offer Bitcoin Purchases
Such a move would be a substantial milestone for adoption.
Bởi {author}
1 year ago
2m"
See all articles